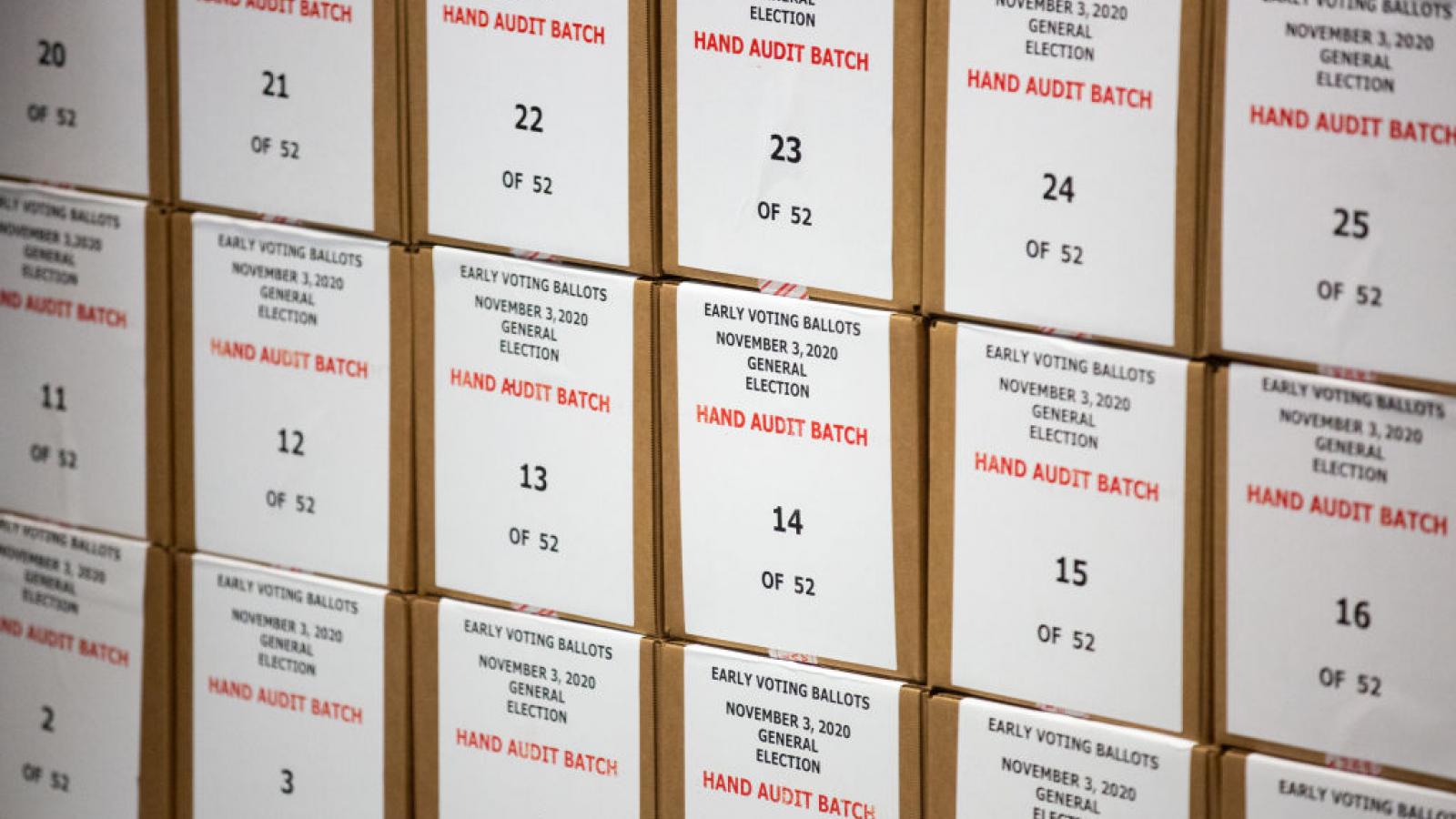 Numerous issues plagued vote centers in Arizona's Maricopa County on Election Day 2022, from ballots rejected by tabulators to hours-long lines for voting, according to affidavits filed with the Arizona attorney general's office.

According to an affidavit report by Mark Sonnenklar, a roving attorney with the Republican National Committee's Election Integrity program in Arizona, he and 10 other RNC roving attorneys reported their observations and those of Republican observers at vote centers on Election Day.

The 11 attorneys visited 115 out of the 223 vote centers in Maricopa County on Election Day and found that 72 of them (or 62.61%) "had material problems with the tabulators not being able to tabulate ballots," Sonnenklar reported, "causing voters to either deposit their ballots into box 3, spoil their ballots and re-vote, or get frustrated and leave the vote center without voting."

Box 3 — also called "Door 3" or "Slot 3" — is a separate box on the tabulators into which ballots not counted by the machines were placed for later tabulation. Maricopa County, however, has admitted that "in some voting locations, 'Door 3' non-tabulated ballots were commingled with tabulated ballots," according to a letter from the Arizona attorney general's office to the county.

"In many vote centers, the tabulators rejected the initial insertion of a ballot almost 100% of the time, although the tabulators might still accept that ballot on the second, third, fourth, fifth, or sixth attempt to insert the ballot," the RNC attorney report states. "However, many ballots were not able to be tabulated by the tabulators at all, no matter how many times the voter inserted the ballot."

There were also "significant lines at 59 of the 115 vote centers" (51.30%) that the attorneys visited, with many voters waiting 1-2 hours before receiving a ballot, according to the report. As a result of the printer and tabulator issues, many voters spoiled ballots that wouldn't tabulate and tried voting with new ballots, sometimes still having the same issues, and causing the process to take longer.

The Arizona Attorney General's Office sent a letter to the Maricopa County Attorney's Office on Saturday regarding the many issues the county had on Election Day.

The letter from Assistant Attorney General Jennifer Wright reported that the department had "received hundreds of complaints," including "first-hand witness accounts."

According to the letter, some of the information is "[b]ased on sworn complaints submitted by election workers employed by Maricopa County" and "the plethora of reports from election workers, poll observers, and voters."

The letter gave the county until Nov. 28, the day counties are required to certify their elections, to respond.

The attorney general's office didn't immediately respond to requests for comment about the report Sonnenklar filed to the office.

Referring to the commingled tabulated and non-tabulated ballots in an interview Monday on the "Just the News, No Noise" TV show, Rep. Andy Biggs (R-Ariz.) asked, "So how do you even tell those apart, necessarily?"

Because of the issues in Maricopa County, both Cochise County and Mohave County have decided to delay the certification of their elections until the deadline, Nov. 28.