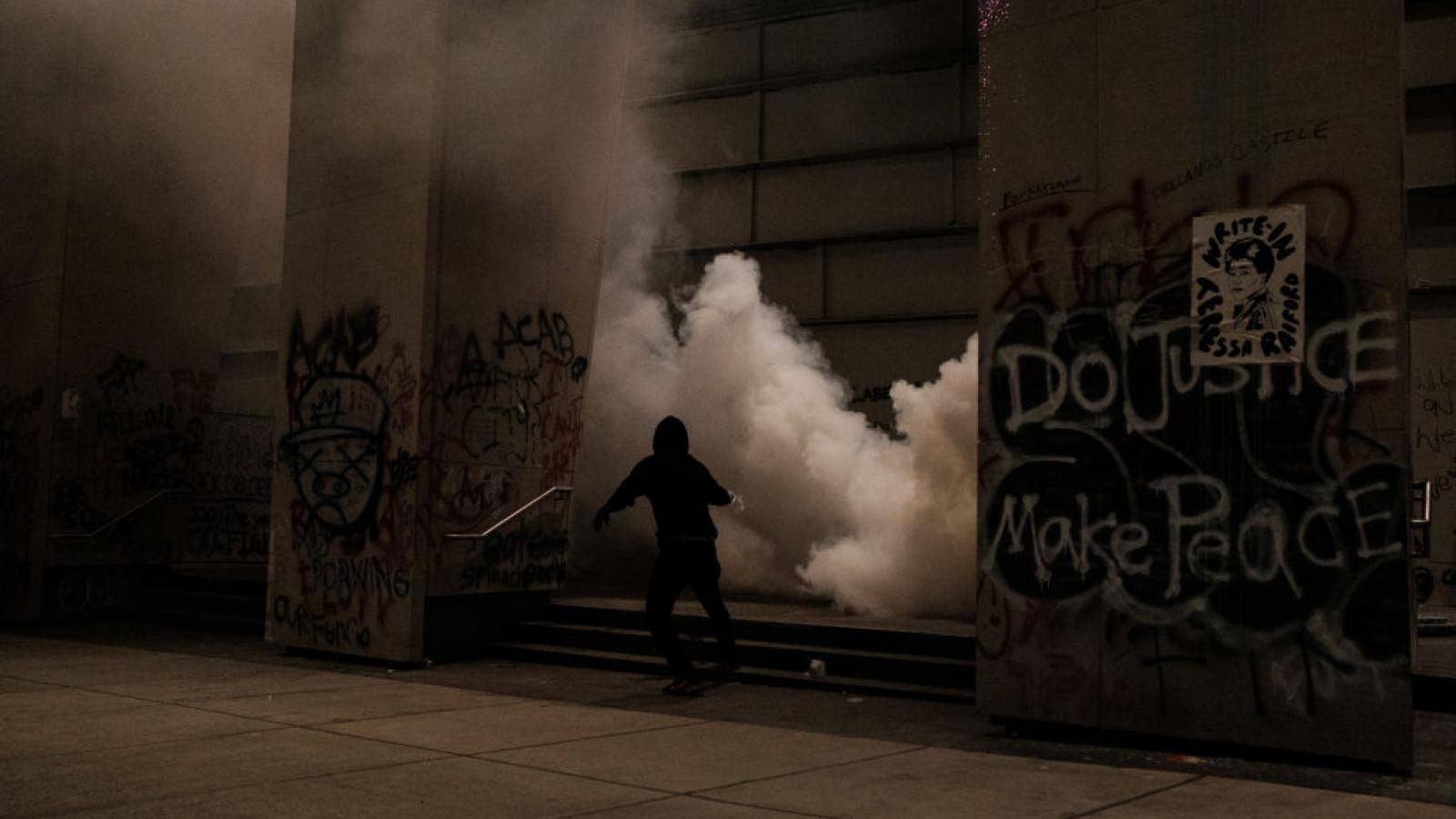 Protesters on the steps of the U.S. District Court building in Portland, Oregon, July 17, 2020
(Mason Trinca/Getty Images)
By Daniel Payne

Violent antifa activists on Thursday attempted for the second time to burn down a federal courthouse building in Portland, Oregon, signaling what appears to be an ongoing anarchist offensive in the Northwestern city.

Rioters last July had attempted to set fires in and outside of the courthouse as part of the summer-long civil unrest touched off by the death of black Minneapolis resident George Floyd.

The latest violence at the Mark Hatfield Federal Courthouse, which included another attempted burning, came just one day after authorities removed fencing originally put in place over the summer to stave off the rioters attempting to destroy the building.