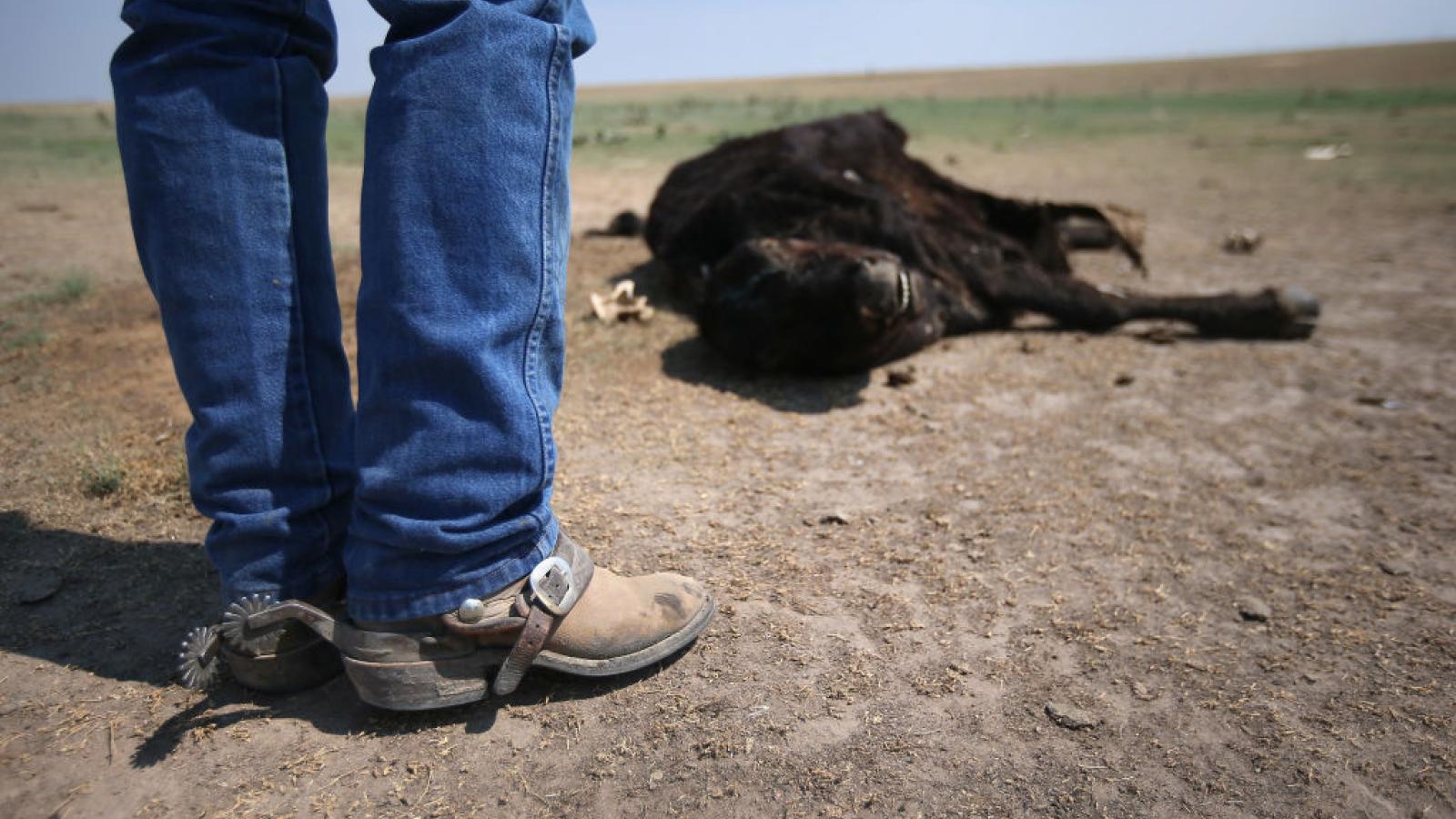 A dead cow in Colorado, 2012
(John Moore/Getty)
By Just the News staff

A major heat wave is reportedly responsible for a large wave of cattle deaths in Kansas, public authorities said this week.

The Kansas Department of Health and Environment told media outlets this week that the department is “aware of at least 2,000 cattle deaths that [have] occurred in the southwest part of Kansas” in recent weeks.

High temperatures recently spiked to triple-digit highs in many parts of the state, with low winds and high humidity contributing to the heat wave.

Farmers are not required to report cattle deaths to state authorities; rather, officials have gleaned some measure of the recent deaths by gauging the number of body disposal requests it has received in recent days.

Shocking footage circulating online, meanwhile, showed what looked to be hundreds if not thousands of dead cattle lined up at the side of a road in one part of the state:

Industry numbers put Kansas near the top of cattle-producing states in the country.