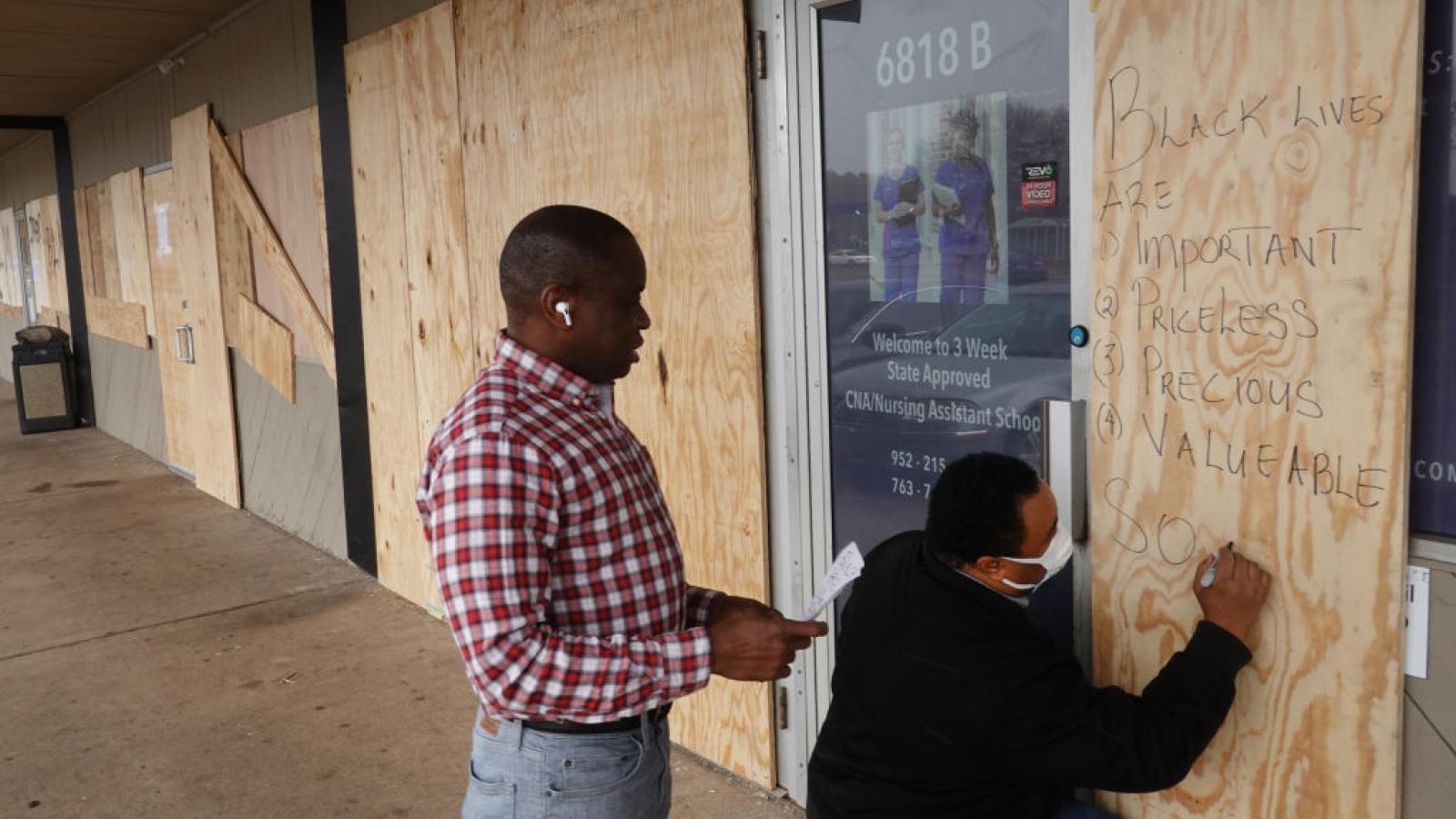 Chicago property owners are boarding up window fronts and making other such preparations in anticipation of demonstrations turning into riots, following the release Thursday night of police body-cam video showing a police officer fatally shooting a 13-year-old last month.

The video shows an officer shoot teen Adam Toledo in the chest after he appears to be holding a pistol in one hand, then raising both hands, at the end of a foot chase down an alley.

The family attorney argues Toledo did not have a gun in his hand when he was shot. Police recovered a gun from the scene, and Toledo's right hand reportedly tested positive for gunshot residue.

Residents protested Thursday night, but there has so far been no reports of rioting.

Still, social media posts show many businesses preparing for the worst – having secured windows and doors with plywood before the video was released.

Chicago residents are tweeting images of the preparations, which also could be attributed to the conclusion of the George Floyd trial next week.

Ex-Minneapolis police officer Derek Chauvin is facing charges of murder and manslaughter in connection with Floyd's May 2020 death while in custody. Floyd's death sparked a summer of demonstrations and riots around the world.