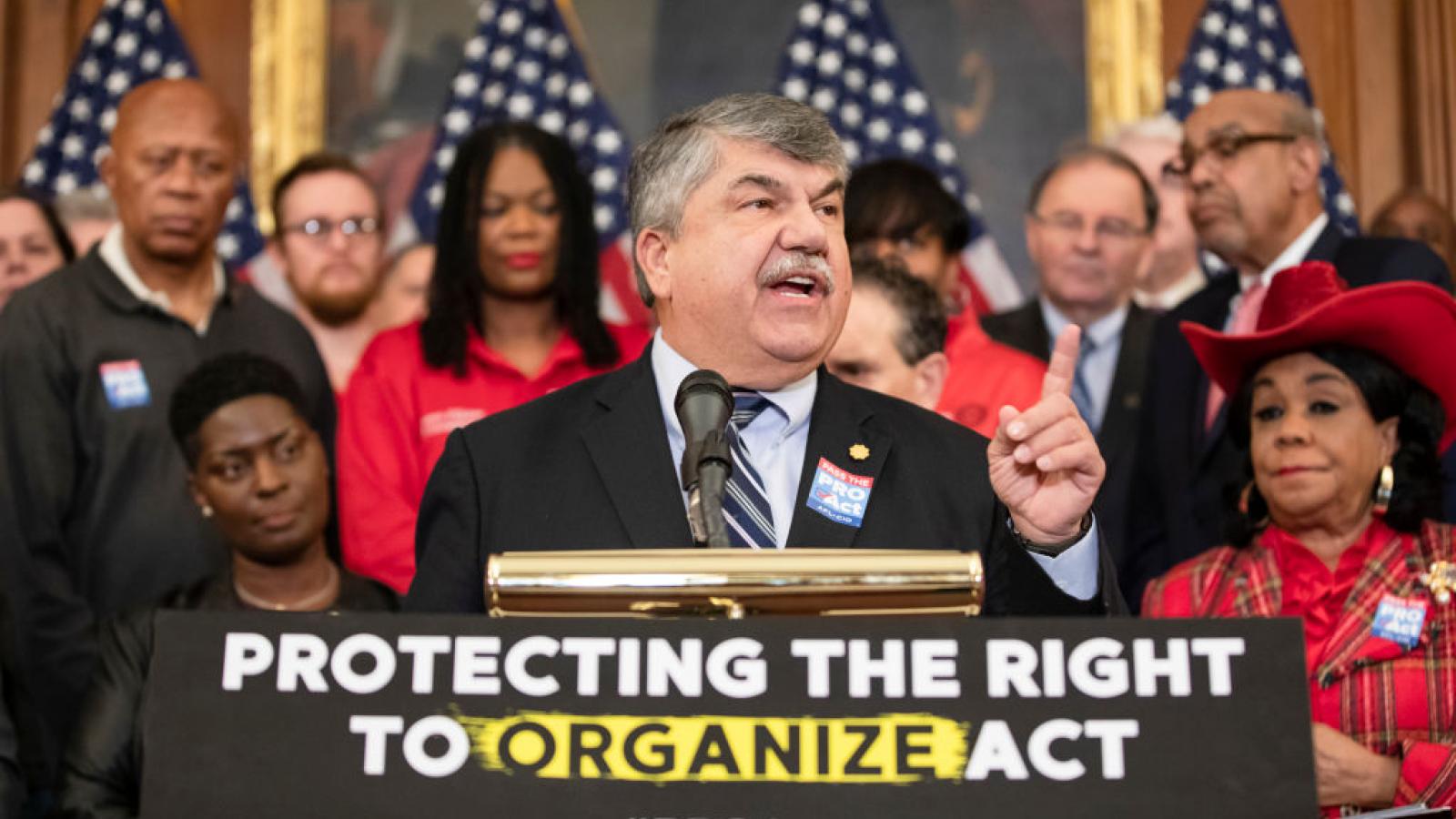 Richard Trumka, the leader of the AFL-CIO has died. He was 72.

Senate Majority Leader Chuck Schumer, reportedly fighting back tears, announced Trumka's unexpected death on the chamber floor early Thursday afternoon. Politico is reporting that Trumka is believed to have died as the result of a massive heart attack.

"I rise today with some sad, horrible news about the passing of a great friend Rich Trumka who left us this morning," said Schumer, adding "We lost a fierce warrior. His memory will, I know , importune all of us to do more, even more, for the working people of America who Rich Trumka so deeply loved."

The AFL-CIO, which Trumka headed for more than a decade, represents more than 12.5 million workers. The president was considered labor leader and a key ally of the Biden White House prior to his passing.