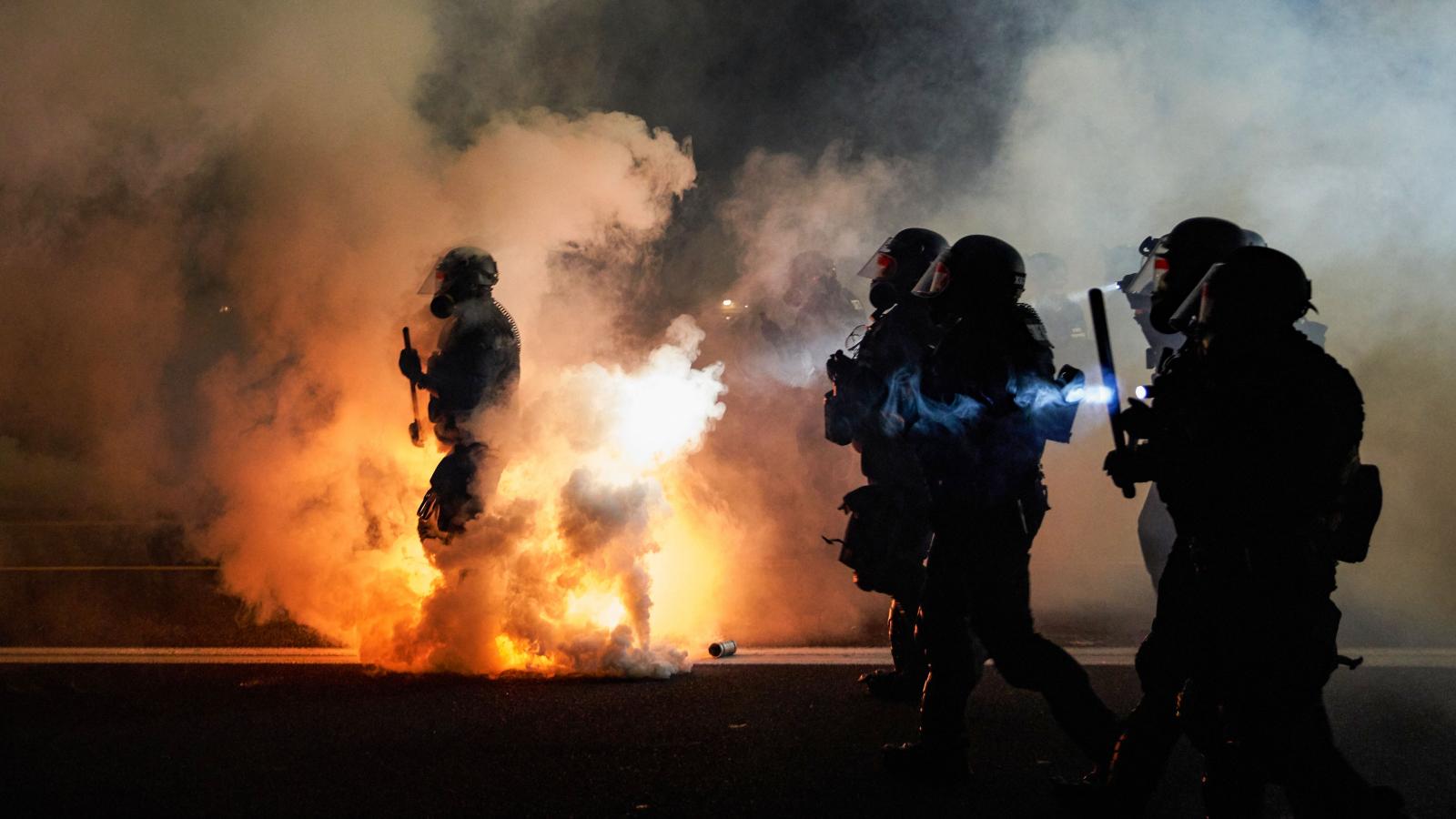 Police walk through a fiery street on 100th day of Portland violence.
ALLISON DINNER/AFP via Getty Images
By Brianna Kraemer

Portland protestors set fires this week to building in the Oregon city – in protest over the fatal police shooting of Daunte Wright  and extending what has become a nearly year-long demonstration since the George Floyd killing almost one year ago.

Activists set the Portland Police Association building on fire Tuesday – two days after Wright was killed in a traffic stop in suburban Minneapolis. Portland police estimated the crowd connected to the fire was about 100 people and declared the protest a riot.

"PPB incident command has declared the criminal conduct by members of this crowd to be a riot. PPB is working to clear people from the building and intersection so fire fighters can put out the fire," Portland police tweeted.

The building was targeted several times last summer, after Floyd died May 25, 2020, while in the custody of Minneapolis police.

The Portland police Twitter feed this week shows multiple fires were set and one person was arrested, in addition to the riot having been declared. On Wednesday morning, the department gave an update showing evidence related to arson, including lighters and spray paint cans.

"Portland Police Association has so much blood on their hands," one person tweeted.

"No wonder why homicides are skyrocketing in Portland, you guys don't even prosecute arsonists," another tweeted, in response to only one person being arrested.