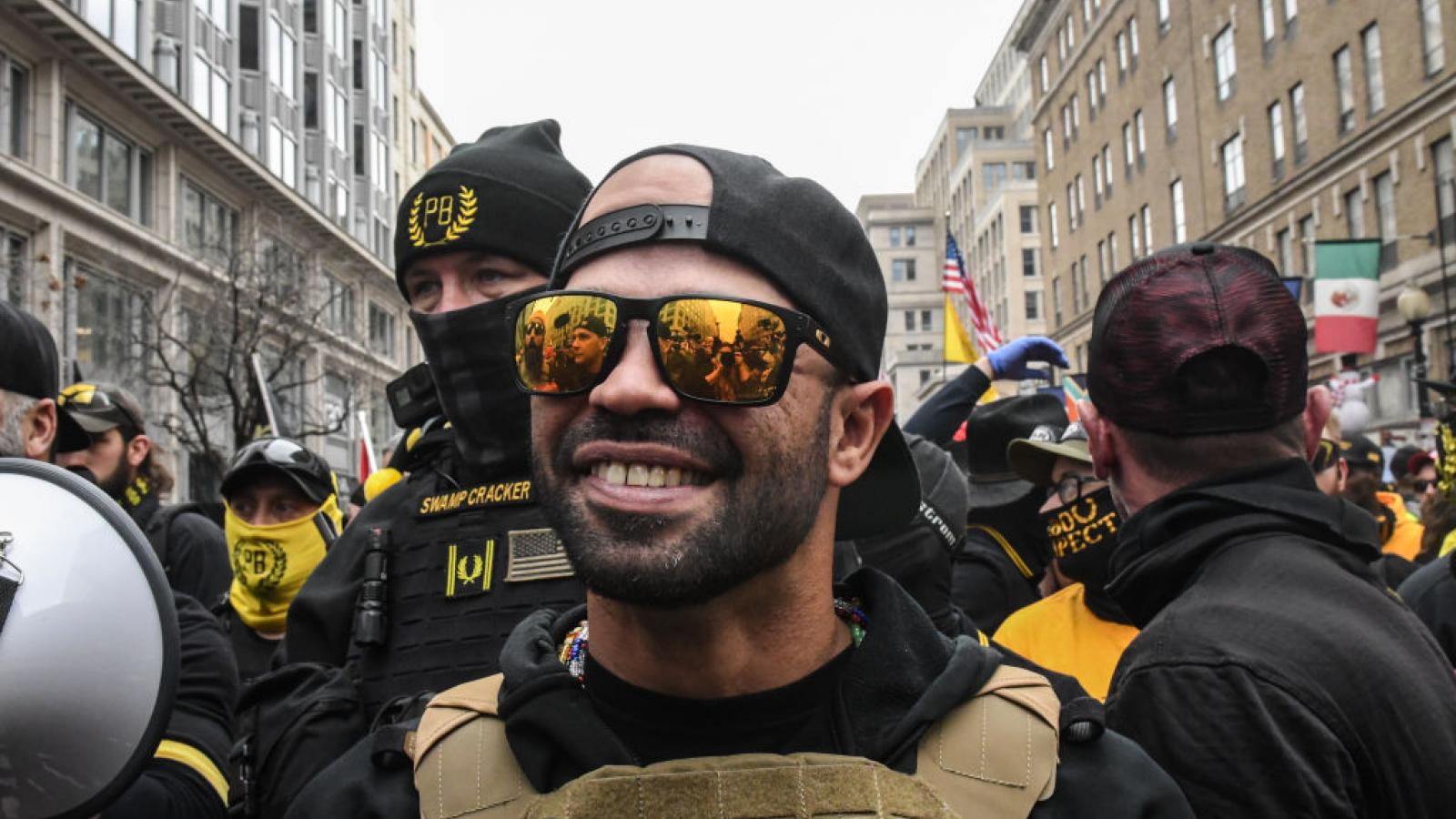 A lieutenant with the Washington, D.C., police has been placed on leave amid an investigation into his allegedly improper contact with a prominent member of the Proud Boys.

Shane Lamond, a 22-year veteran of the Metropolitan Police Department, is being identified as the officer having been in communication with Henry "Enrique" Tarrio, the former leader of the right wing group.

Tarrio describes his relationship with Lamond as professional.

"He was just a liaison officer for when we held rallies," he told The Washington Post.

It is unclear exactly how the investigation into contact between the two men began, and police Chief Robert Contee III offered few details about the ongoing investigation at a recent press conference.

Anonymous officials told the newspaper that, despite being unable to describe the nature of the alleged contacts between Lamond and Tarrio, Contee was rattled enough by the allegations against Lamond to take administrative action.

Tarrio told the newspaper he would provide Lamond or other police officials advance notice of marches or rallies being planned by the Proud Boys to take place in the nation's capital.

He also said Lamond would share with him the location of counter protesters, in theory so that the groups could avoid conflict, though the Proud Boys have previously been accused of roaming the streets looking to start fights with people they identify as oppositional to their cause.

Tarrio was released from prison last month after serving five months on weapons-related charges and burning a Black Lives Matter banner that was stolen from a church two days before the Jan. 6 Capitol riot.