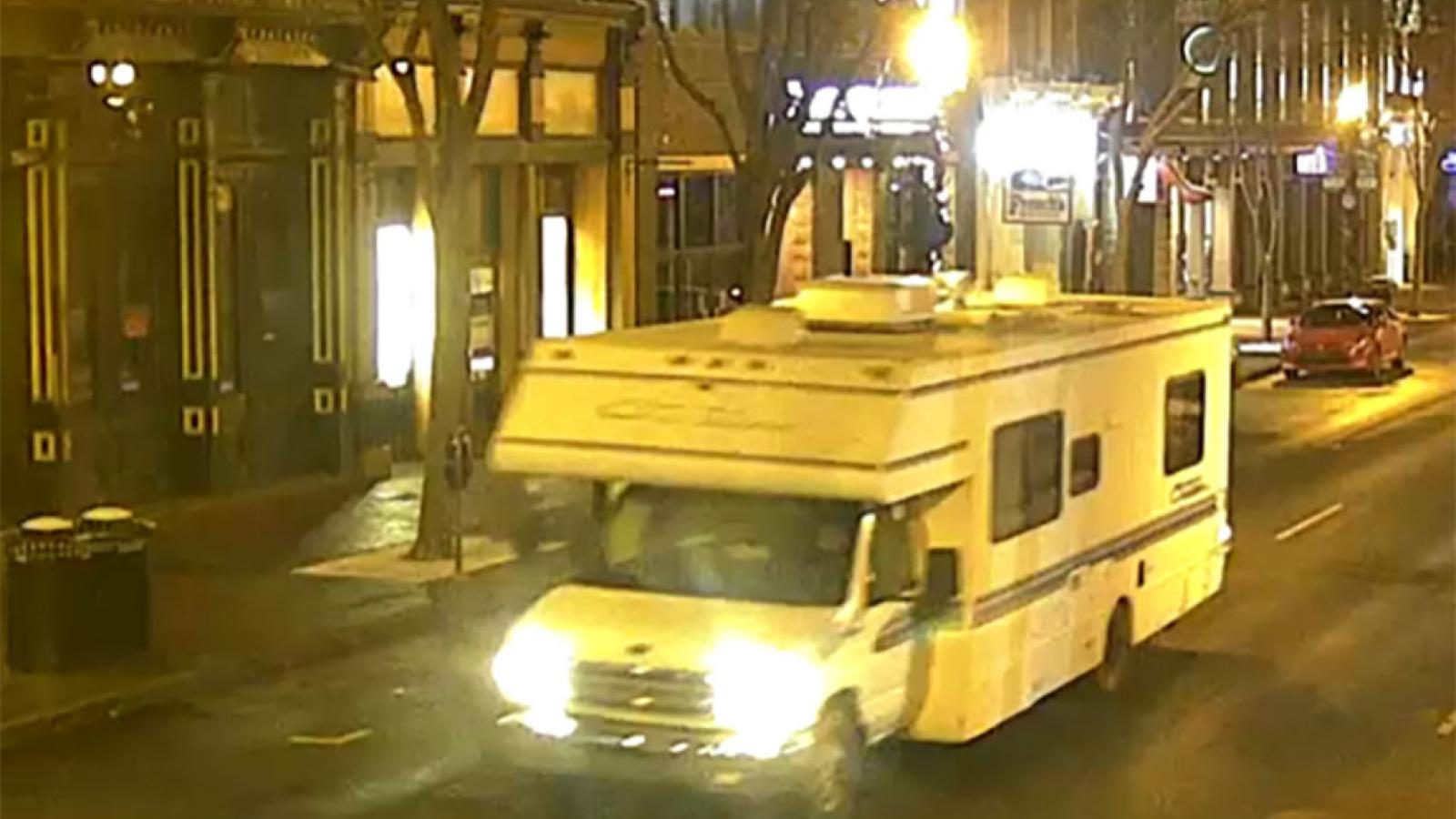 Screengrab of surveillance footage of vehicle suspected of being used in Nashville bombing on Dec. 25, 2020
(Metro Nashville Police Department via Getty Images)
By Alex Nitzberg

The FBI said on Monday that an investigation into the Christmas Day bombing in Nashville, Tennessee last year found that Anthony Quinn Warner perpetrated the bombing alone and that his actions were not found to be connected to terrorism.

The FBI assessed that Warner sought to commit suicide through the bombing, but the analysis did not uncover indications that the man had any personal grievance connected to people or entities near the blast.

"Based on analysis of the information and evidence gathered throughout the investigation, the FBI assesses Warner's detonation of the improvised explosive device was an intentional act in an effort to end his own life, driven in part by a totality of life stressors – including paranoia, long-held individualized beliefs adopted from several eccentric conspiracy theories, and the loss of stabilizing anchors and deteriorating interpersonal relationships.

"The FBI assesses Warner specifically chose the location and timing of the bombing so that it would be impactful, while still minimizing the likelihood of causing undue injury. The FBI's analysis did not reveal indications of a broader ideological motive to use violence to bring about social or political change, nor does it reveal indications of a specific personal grievance focused on individuals or entities in and around the location of the explosion," the agency said.