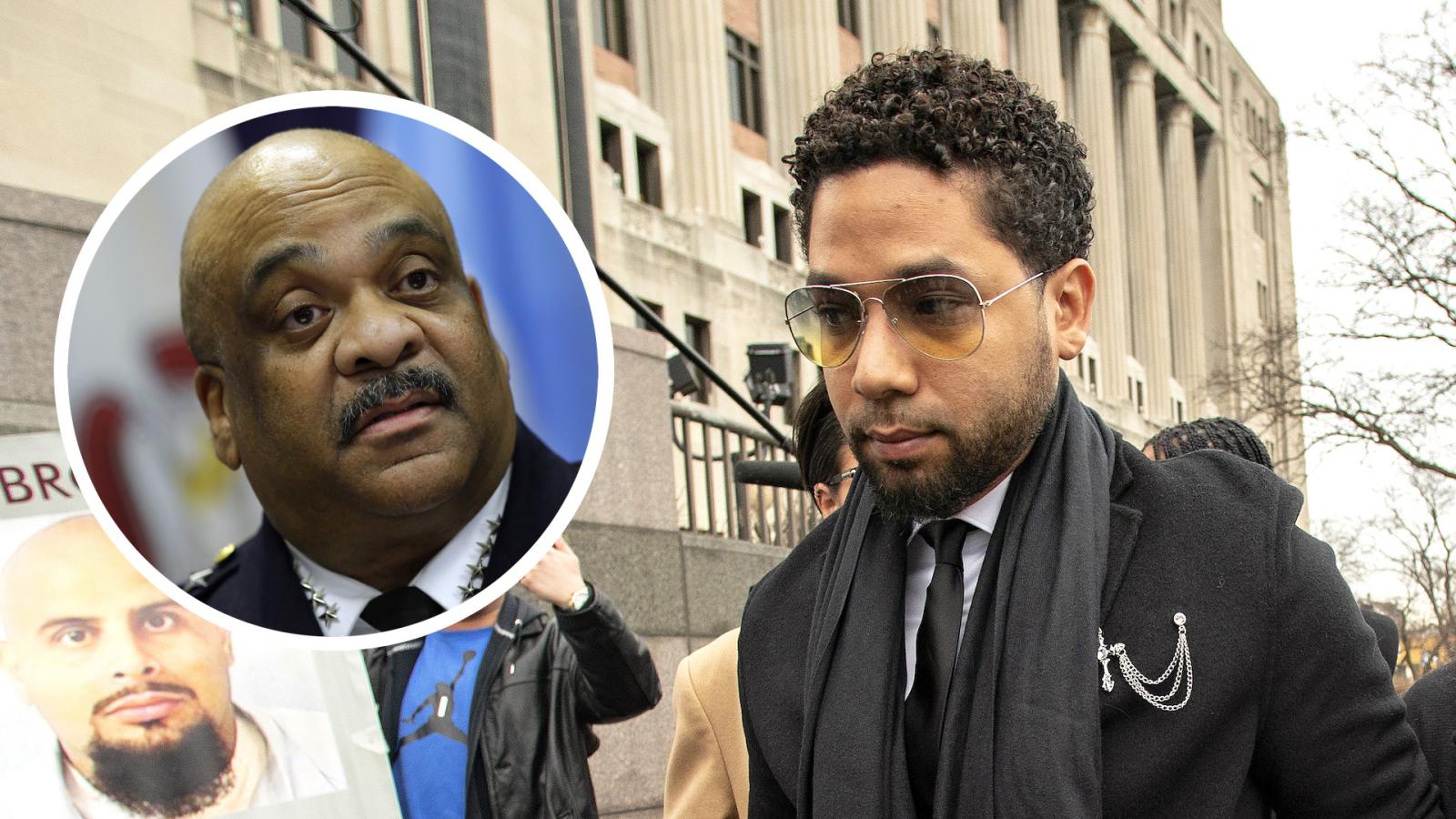 The former Chicago Police Superintendent says he was suspicious ofJussie Smollett's story from the beginning, but he would have accepted an apology.

"When I initially saw the video of him in his apartment with the noose around his neck, I was concerned, because I don’t think there are many black people in America that would have a noose around their neck, and wouldn’t immediately take it off," Eddie Johnson, Chicago Police Superintendent in 2019, told "Morning in America."

The entire story was suspicious, he said, but the subway sandwich was particularly damaging. "During all this scuffle, they poured bleach on him and all of this. When he got up and went into his apartment building, he still had this Subway sandwich. Well, that doesn’t happen," Johnson said.

In 2019, the "Empire" actor told Chicago Police that he went out in the middle of the night during a polar vortex and bought a Subway sandwich. He said he was attacked with bleach and a noose by two men yelling "This is MAGA country!" along with other racist and homophobic slurs. The two men were later revealed to be Nigerian brothers paid thousands by Smollett, and one brother reportedly did hard drugs and made out with Smollett.

Smollett was found guilty of lying to police and faking a hate crime.

Jussie Smollet's attorneys are still maintaining the actor's innocence after he was found guilty on 5 felony disorderly conduct charges last week. They blame the verdict on media coverage.

Smollett's attorney, Heather Widell, told "Morning in America" that Smollett was forced to prove his innocence, rather than prosecutors having to prove he was guilty beyond a reasonable doubt. She added, "I think that there was a disadvantage from the start, particularly given the fact that Mr. Smollett was tried and convicted in the media, and in the court of public opinion, long before this trial ever started."

Apparently, Smollett is still confident that the courts will rule in his favor upon appeal. Defense attorney Nenye Uche says the actor is "100% innocent" and is "very confident in the judicial system. He’s confident that he’ll be vindicated on appeal."

Immediately after the crime, the superintendent was very cautious to not label Smollett as an offender but the evidence eventually became overwhelming.

"Myself and Mayor Emanuel were upset at the time that he stained our city, and we put all that manpower into it, but I want people to understand this. This was not the most heinous crime of the century. He didn’t kill anybody. He didn’t blow up a building. We would have been more than happy with just an apology at the end of all that we uncovered but for some reason, he just wanted to keep going down this road that he was actually a victim," he said.

It is Smollett's right to appeal the guilty verdict but he thinks "the jurors did their job."