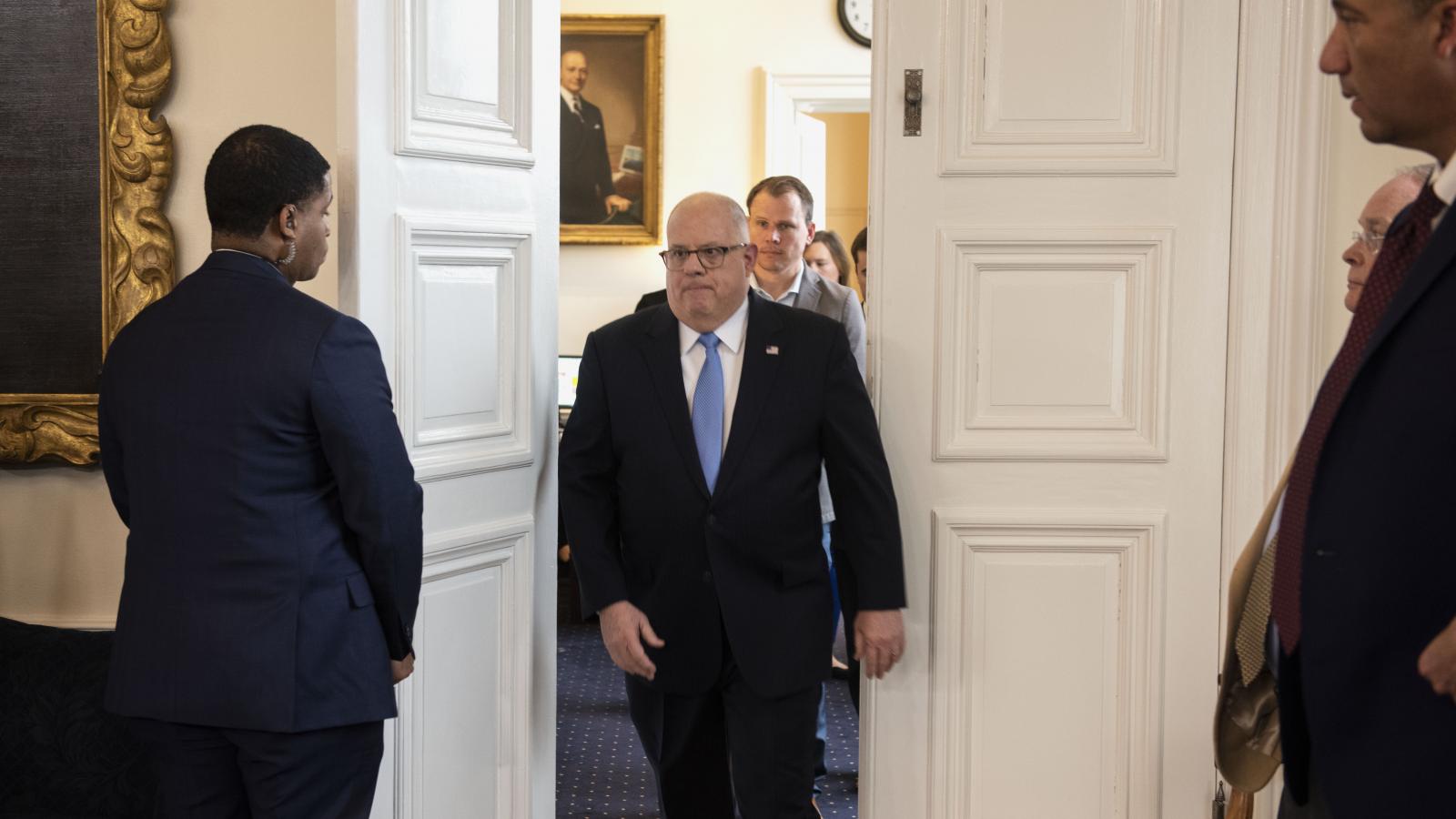 Democrats hailed the new laws as police reform that accentuated that black lives matter, while Republicans said the changes would endanger public safety and erode law enforcement morale and recruitment.

“They will result in great damage to police recruitment and retention, posing significant risks to public safety throughout our state,” Hogan wrote in his veto message Friday night, declaring the police reform effort was overtaken by political agendas and will “further erode police morale, community relationships, and public confidence.”

The Maryland Police Accountability Act revises the disciplinary process for officers accused of misconduct, allowing public scrutiny of complaints and internal affairs files even when officers are cleared of wrongdoing. The law also requires officers use only “necessary” and “proportional” force, creating additional penalties of up to 10 years in prison for those who engage in excessive force. And it places limits on “no-knock” warrants, according to the Baltimore Sun.

Democrats hailed the package as the most sweeping reforms in Maryland history, and a necessary redress in racial relations.

“This bill says Black lives matter. This bill says that Anton Black’s life matters, and that we can and should do better in this state,” Del. Gabriel Acevero said, referring to a young man who died in police custody in Caroline County in 2018.

The new laws also repealed the state's landmark Law Enforcement Officers’ Bill of Rights, which offered police protections and due process when accused of wrongdoing and was copied by numerous other states after Maryland's passage in 1974.

Maryland Fraternal Order of Police President Clyde Boatwright warned the new laws would have “a significant impact on the hiring and retention of law enforcement officers in our state.”