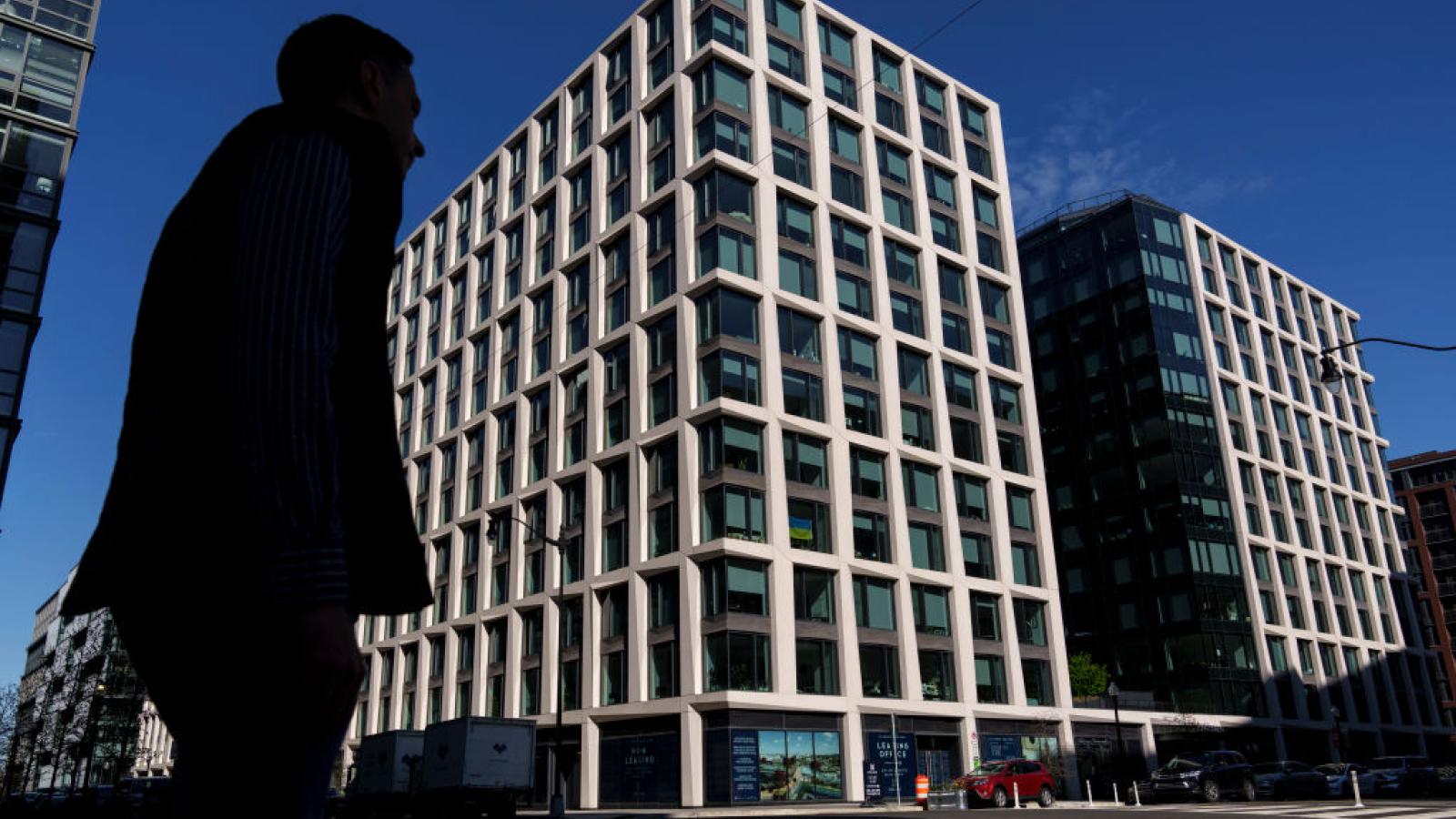 The Navy Yard apartment in which the alleged impersonators lived, Apr. 8 2022
(Drew Angerer/Getty)
By Just the News staff

The two men who reportedly posed as federal law enforcement officers as part of an as-yet-unclear scam may have ties to Iranian intelligence, according to media reports.

The purpose of the alleged scheme — which reportedly lasted for years — is not yet known. But sources told CBS News this week that "investigators are looking into the possibility that the two suspects have ties to Iranian intelligence," including "the Iranian Revolutionary Guard Corps or the Quds force."

Haider Ali allegedly told witnesses that he had connections to the Pakistani Intelligence Service, according to the news service. The government, meanwhile, reportedly "recovered his passport containing three 'older' Pakistani visas and two Iranian visas from 2019 and January 2020."

While impersonating federal agents, the two allegedly cultivated close relationships with actual federal law enforcement, including Secret Service members, up to and including providing them with free apartments, iPhones, drones, and other luxury goods.