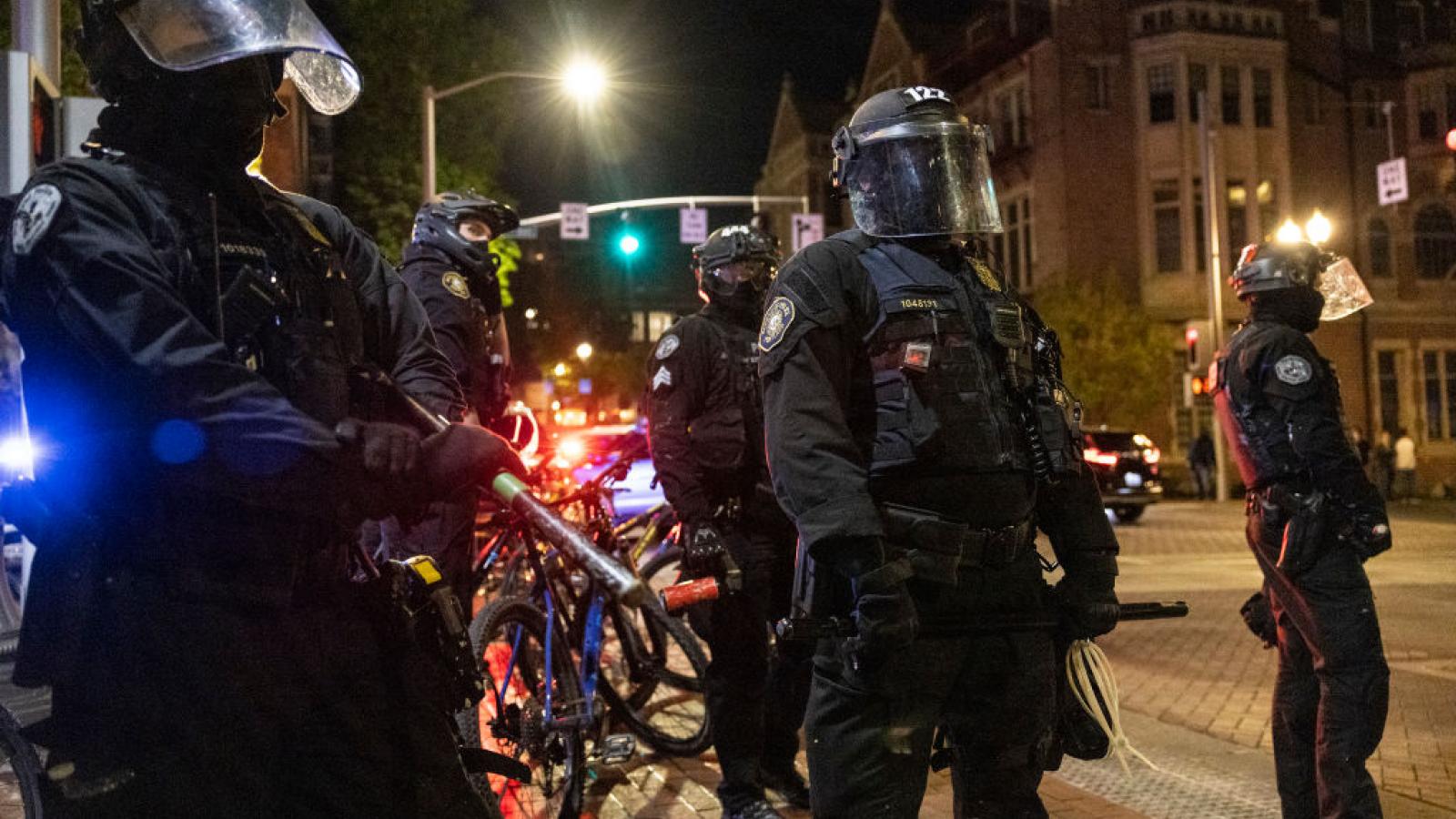 Over 200 people joined late-night riots in Portland on Tuesday, the one-year anniversary of George Floyd's death.

In Minneapolis, where Floyd died May 25, 2020, while in police custody, shots were fired where Floyd was killed, an intersection renamed George Floyd Square to recognize his death.

Portland has continuously seen violent outbreaks against police officers during the past year and riot-related damage costing millions of dollars.

Tuesday's mob smashed up stores including Starbucks, a credit union and a jewelry store and attempted to burn down the city’s Justice Center, according to news reports.

The demonstrators mostly wore black and had gas masks with them. They formed rows to barrage the police and left metal spikes on the ground to prevent firefighters from quickly getting to the man-made fires demolishing some structures.

At 10 p.m., the scene was declared a riot by officials because of the “violent and tumultuous conduct of the crowd,” police also said.