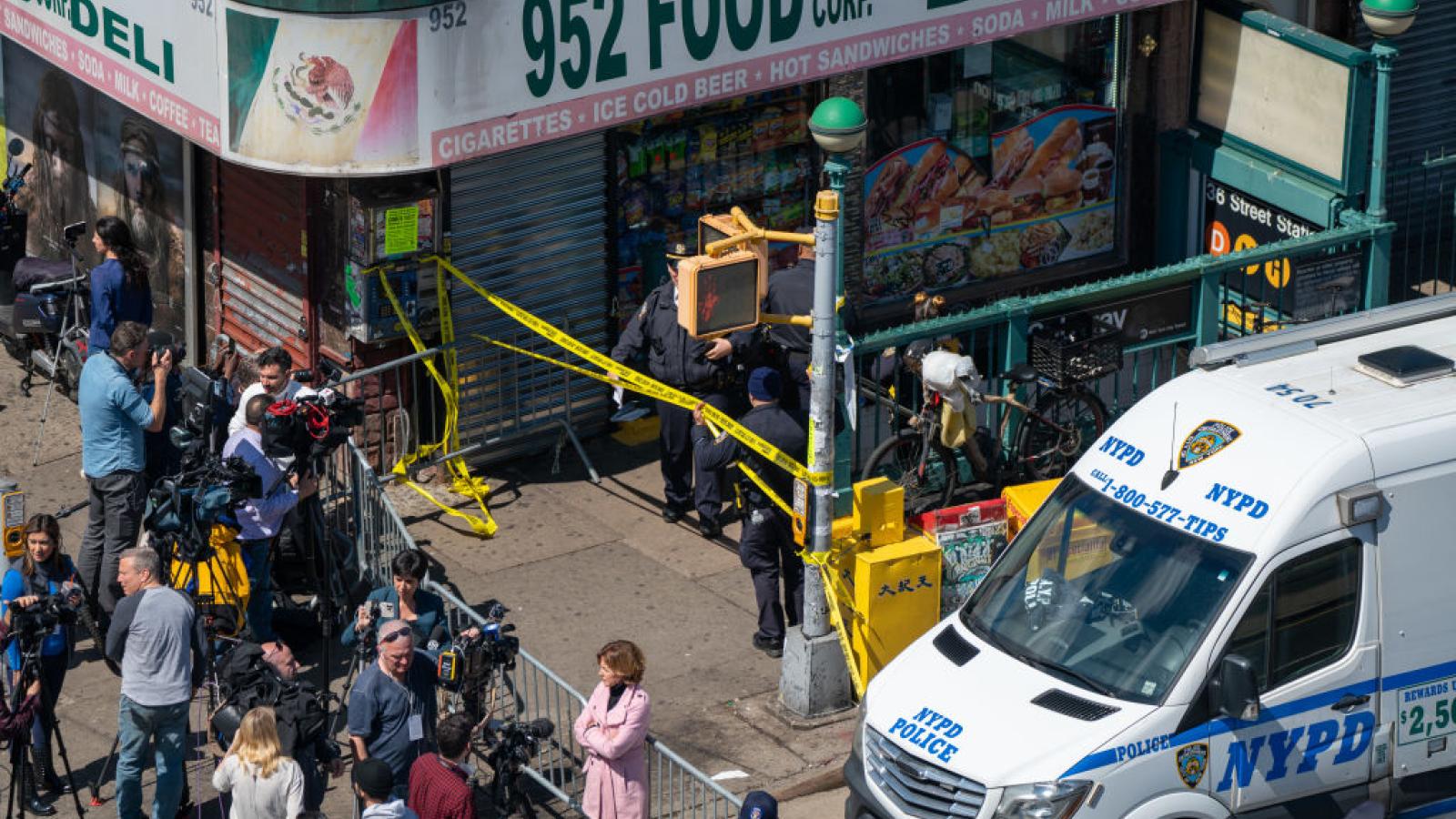 A U-Haul connected to Thursday's Brooklyn subway shooting has been located by New York law enforcement, who have called a bomb squad and emergency services unit into the scene.

A gunman in a gas mask opened fire on a subway train as he set off a smoke canister during rush hour. At least 10 people were shot and 29 were injured in the incident, The Associated Press reported.

NYPD Commissioner Keechant Sewell described the suspect as a "Black male, who was wearing a green construction vest & a [sic] gray hooded sweatshirt."

Police found a credit card at the scene, leading them to a person of interest, the AP stated. The card was used to rent the U-Haul van with an Arizona license plate.

A matching vehicle was found in Brooklyn, according to police. About four miles from where the shooting occurred, law enforcement closed off a street while waiting for the bomb squad and a special unit to arrive.