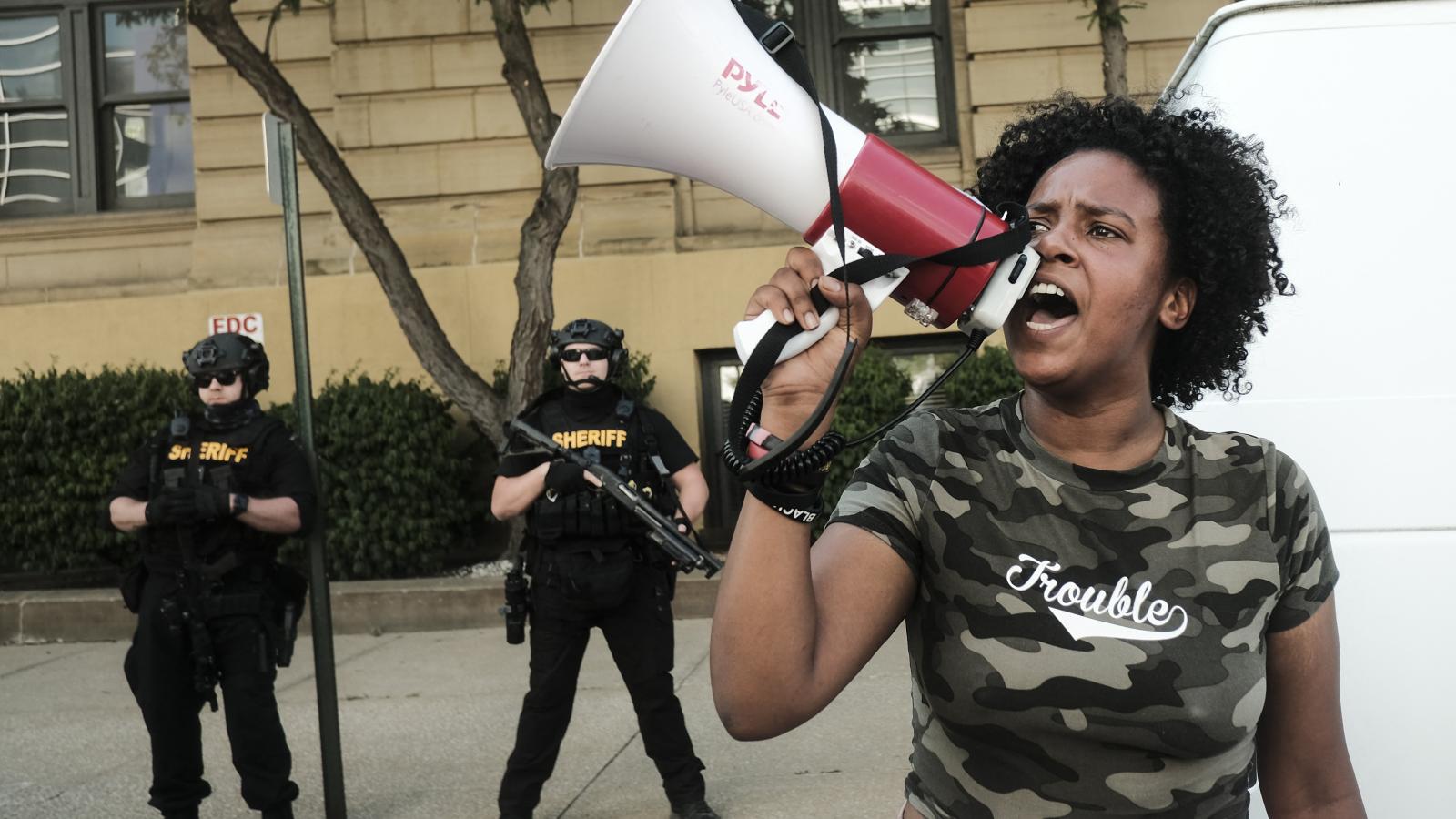 Akron, Ohio, canceled its Fourth of July festival this weekend as the city deals with protests after police released footage on Sunday of the officer-involved shooting death of Jayland Walker, a 25-year-old black man.

Shortly after midnight on Monday, Akron officers attempted to pull over Walker for a traffic and an equipment violation, but he refused. Law enforcement initiated a chase and believed that the suspect fired on them at this time. The chase lasted about 6 minutes over nearly 6 miles.

Video shows the suspect fled the vehicle in a ski mask. Police unsuccessfully deployed tasers on him. As he ran away, he turned back toward the pursuing police officers and eight of them opened fire, reportedly wounding Walker 60 times, according to The Associated Press.

It remains unclear how many rounds the officers fired and how many times Walker was shot.

Officers provided medical care, as he still had a pulse at that time, but he was later pronounced dead at the scene. An attorney for Walker's family accused police of handcuffing the victim before providing first aid.

Lawe enforcement later found a handgun, a loaded magazine and a gold wedding ring on the driver's seat. His family said he was grieving his fiancee, who recently died.

Akron canceled its Rib, White, & Blue Festival scheduled for the Fourth of July weekend in response to the incident.

"I completely understand that some residents and guests will be disappointed by the decision to cancel the festival this holiday weekend. Independence Day is meant to be a celebration and a time of gathering with friends and family. Unfortunately, I feel strongly that this is not the time for a city-led celebration," Akron Mayor Dan Horrigan said in a press release.

All eight officers involved – six white men, one black man and one white woman – are on paid administrative leave.

In response to the shooting, Portland, Oregon, Antifa promoted a "Justice for Jayland Walker" protest scheduled for Sunday evening. The event poster includes the phrase, "Riots are the voices of the unheard."