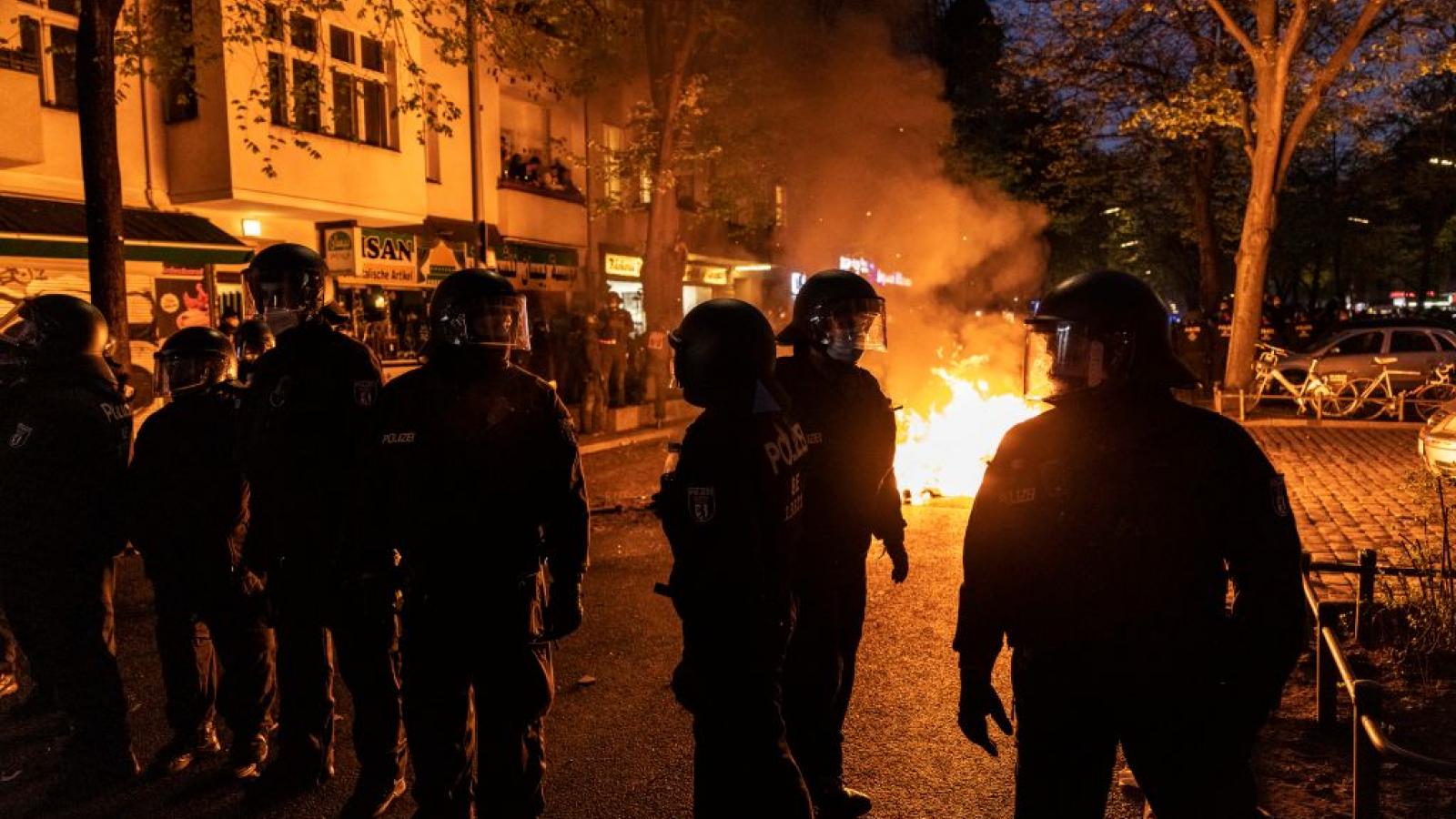 Police at May Day riots May 1, 2021 in Berlin, Germany.
(Maja Hitij/Getty Images)
By Nicholas Sherman

At least 93 police officers were injured during traditional May Day rallies that turned violent in Berlin over the weekend.

The day is also known as  International Workers Day or Labour Day is a Marxist-created holiday to celebrate the workers of the world.

The injures occurred in about 20 rallies in Germany's capital city and resulted in 354 people being detained in connection such offenses as setting fires and throwing bottles and rocks at police, police said Sunday.

Police said the majority of the protests were peaceful, but a leftist march of 8,000 people through the city’s Neukoelln and Kreuzberg neighborhood turned violent, according to the Associated Press.

Official have imposed a nightly curfew in most parts of the country as a result of the violence and damage.

Similar but smaller-scale incident also occurred in France over the weekend, in the cities of Lyons and France, the wire service also reports.