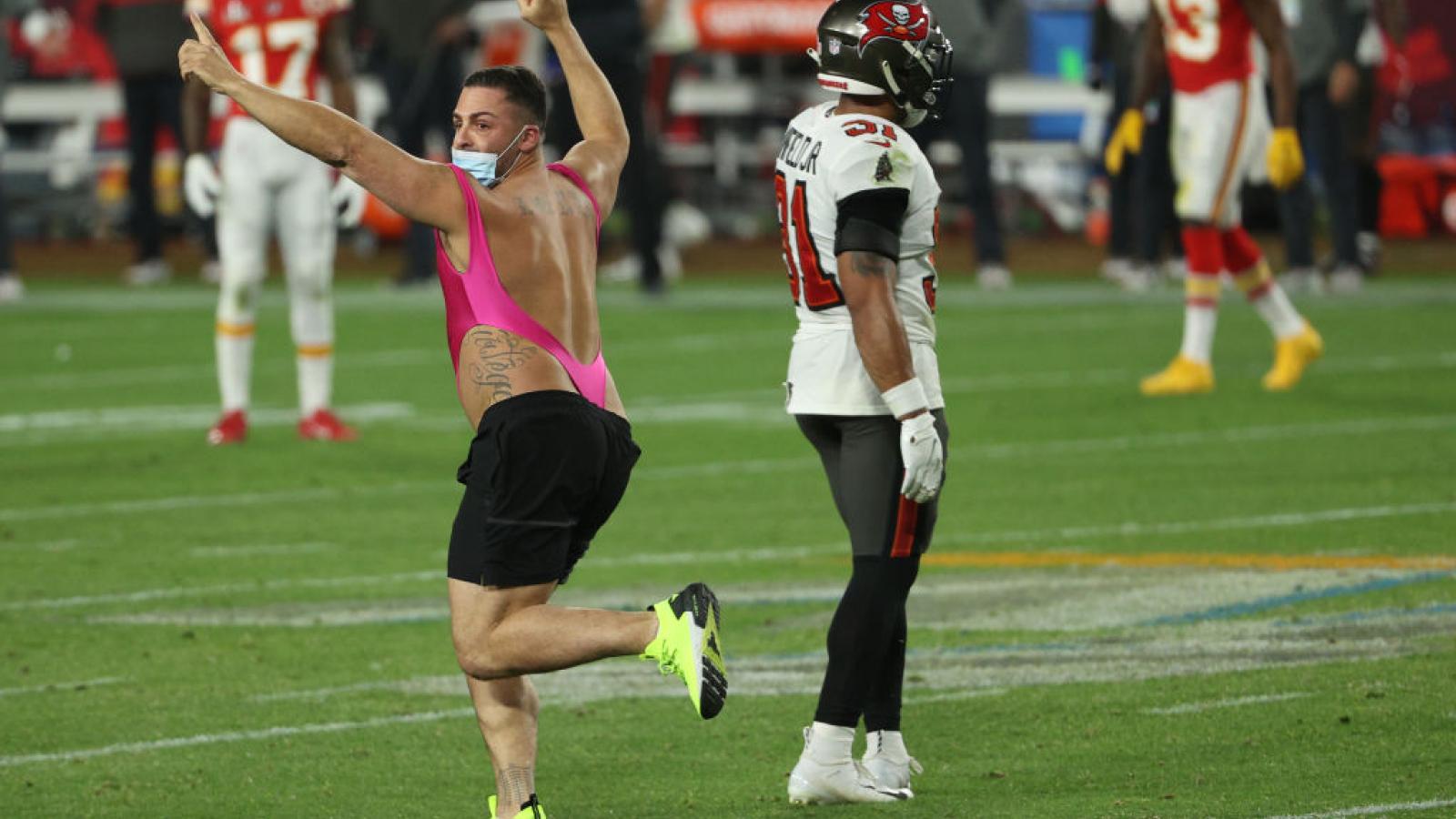 A Florida man has reportedly been released from jail after being charged in connection with running onto the field during the Super Bowl on Sunday evening.

Yuri Andrade ran onto the field during the game in which the Tampa Bay Buccaneers defeated the Kansas City Chiefs, disrupting play in the final quarter at Raymond James Stadium in Tampa.

Andrade was wearing shorts and a pink leotard while running across the field toward the end zone. After evading several security personnel, he was eventually tackled near the goal line by one security guard and was then escorted out of the stadium in Tampa Bay.

Andrade posted a $500 bail and was released early Monday, according to Hillsborough County jail records. The records did not say whether Andrade has an attorney to speak on his behalf, according to the Associated Press.

Andrade was reportedly placed at the game by Vitaly Zdorovetskiy, a social media personality who runs an adult website called Vitaly Uncensored, which was written on the front of Andrade’s pink outfit.

Andrade allegedly made a bet prior to the game that there would be a streaker during during the contest. His $50,000 bet reportedly made him $374,000.