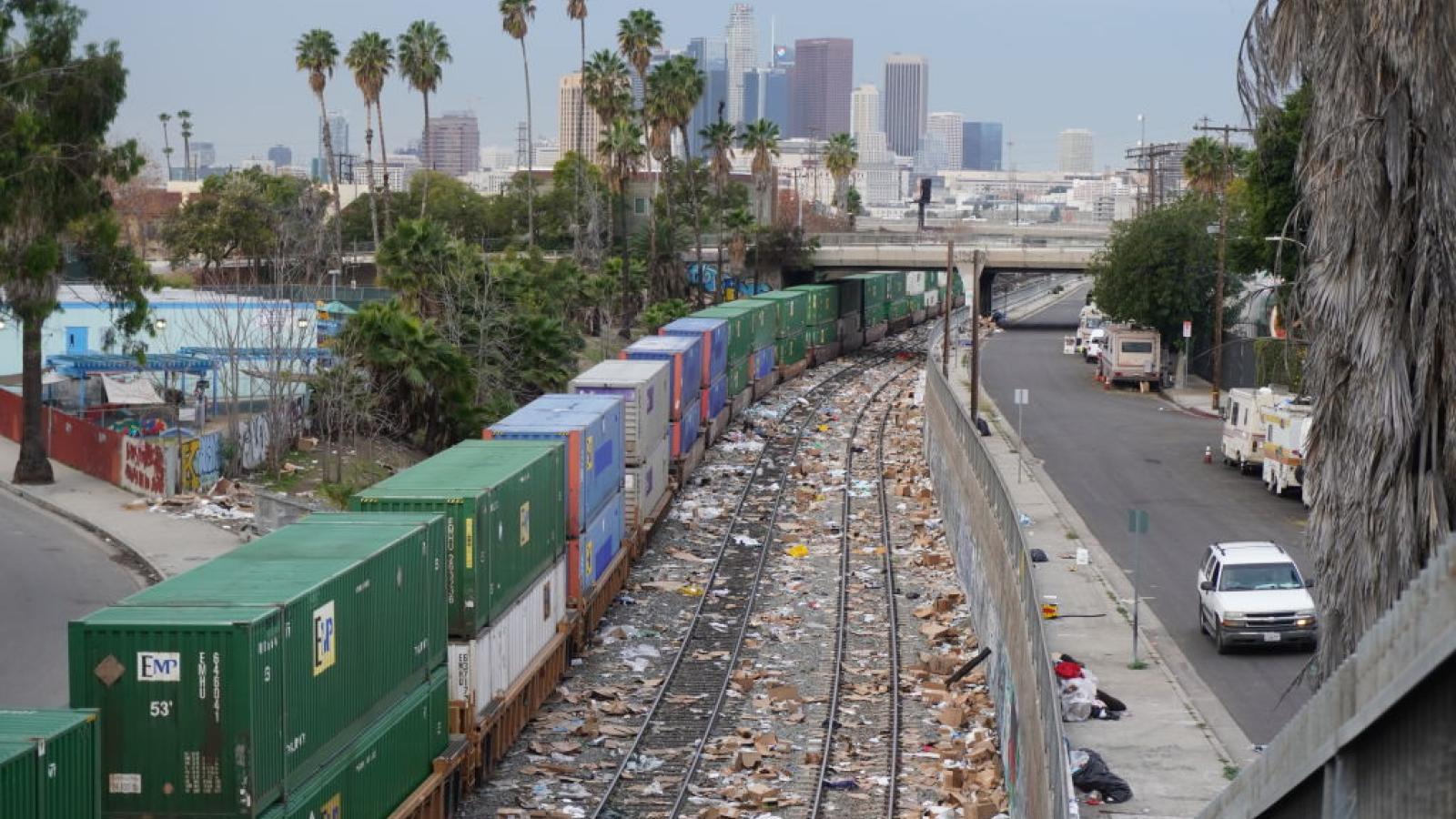 An official with Union Pacific railroad is blaming the Los Angeles County District Attorney's relaxed criminal policies for a wave of thefts on rail cars, warning the company may seek ways to avoid doing business in the county.

In recent weeks, images of looted trains in California have gone viral, illustrating just how dire the issue has become.

Adrian Guerrero, the director of public affairs for UP, told progressive District Attorney George Gascon in a letter that increased criminal activity over the last 12 months has amounted to $5 million in "claims, losses and damages to UP. And that value does not include respective losses to our impacted customers."

"We find ourselves coming back to the same results with the Los Angeles County criminal justice system. Criminals are caught and arrested, turned over to local authorities for booking, arraigned before local courts, charges are reduced to a misdemeanor or petty offense, and the criminal is released after paying a nominal fine," wrote Guerrero.

Most criminals apprehended while robbing the trains are released back onto the streets in less than 24 hours, he said.

"Even with all these arrests made, the no-cash bail policy and extended timeframe for suspects to appear in court is causing re-victimization to UP by these same criminals," the letter stated. "In fact, criminals boast to our officers that charges will be pled down to simple trespassing – which bears no serious consequence."

The official argued the the District Attorney's office policies not only fail to address the problem, they actually enable the criminals. "Without any judicial deterrence or consequence, it is no surprise that over the past year UP has witnessed the significant increase in criminal rail theft described above," he wrote.

"While we understand the well-intended social justice goals of the policy, we need our justice system to support our partnership efforts with local law enforcement, hold these criminals accountable, and most important, help protect our employees and the critical local and national rail network."

Guerrero added the problem has become so severe that the company has been forced to consider "serious changes to our operating plans to avoid Los Angeles County."