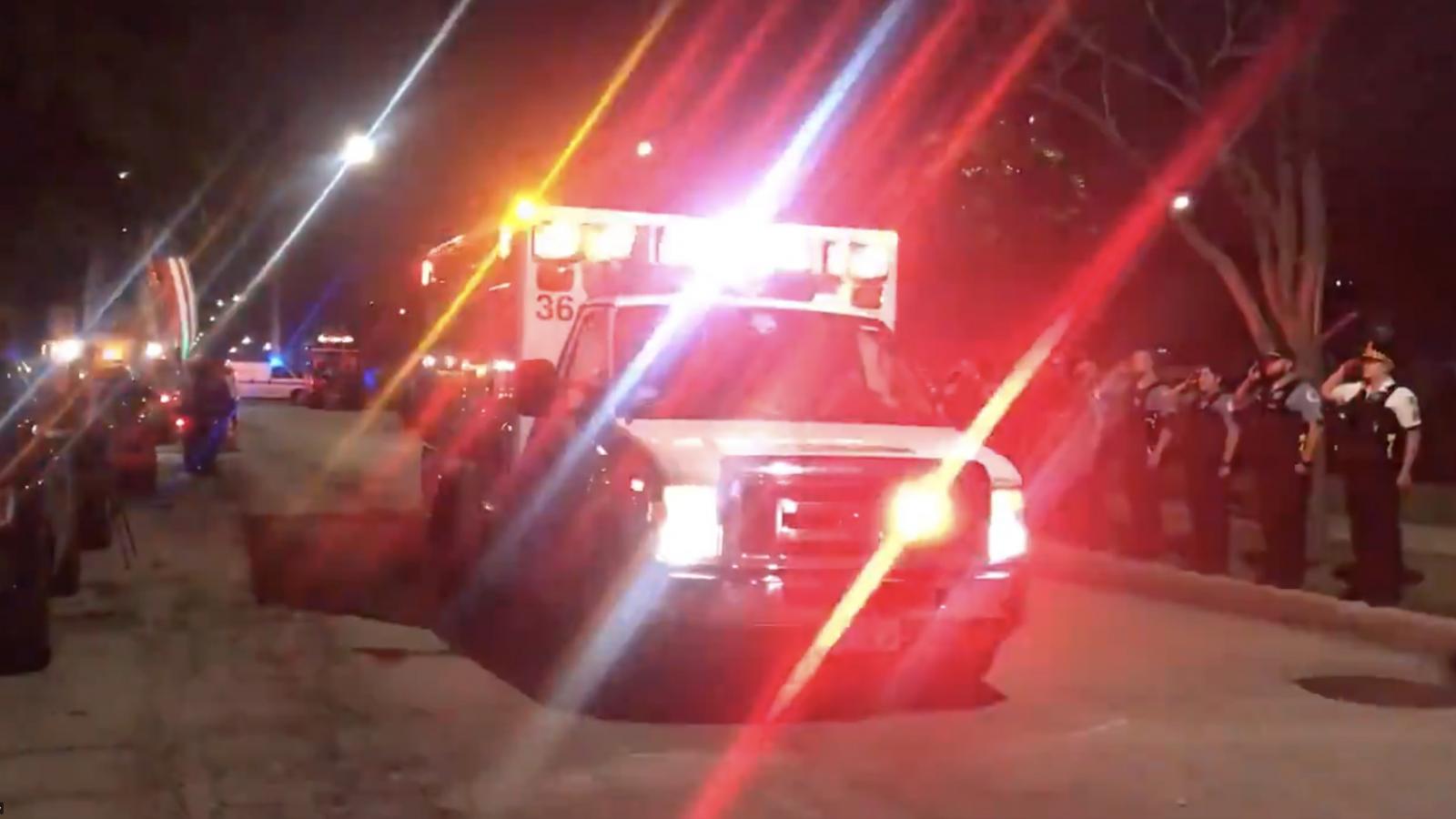 Police officers formed a dramatic blue wall outside a Chicago hospital early Sunday to salute a female comrade slain in a deadly shooting, sending a powerful message to a city buffeted by rising crime, police budget cuts and a mayor whose racial politics have stirred controversy.

Deputy Police Director Tom Ahern used Twitter to share footage of the impromptu honor line that formed outside the University of Chicago Medical Center, confirming one officer was killed and another critically injured in a shooting Saturday night on the city's violence ravaged south side. A bagpipe played somber music, leading an ambulance down the street.

"Our entire city mourns the tragic loss of one of our brave heroes tonight," Ahern wrote. "Every Officer in this department puts the lives of others before their very own, every day. Please take a moment to honor their service by sending prayers for our fallen Officer, her family, and CPD."

Officials said the two officer were ambushed while stopping a vehicle shortly after 9 p.m. CT. Two suspects were arrested, one of them wounded in the shootout.

The tragedy came just days after the city announced it finished July with 1,973 shooting incidents and 2,471 shooting victims for the year so far, a 10-percent surge over 2020.