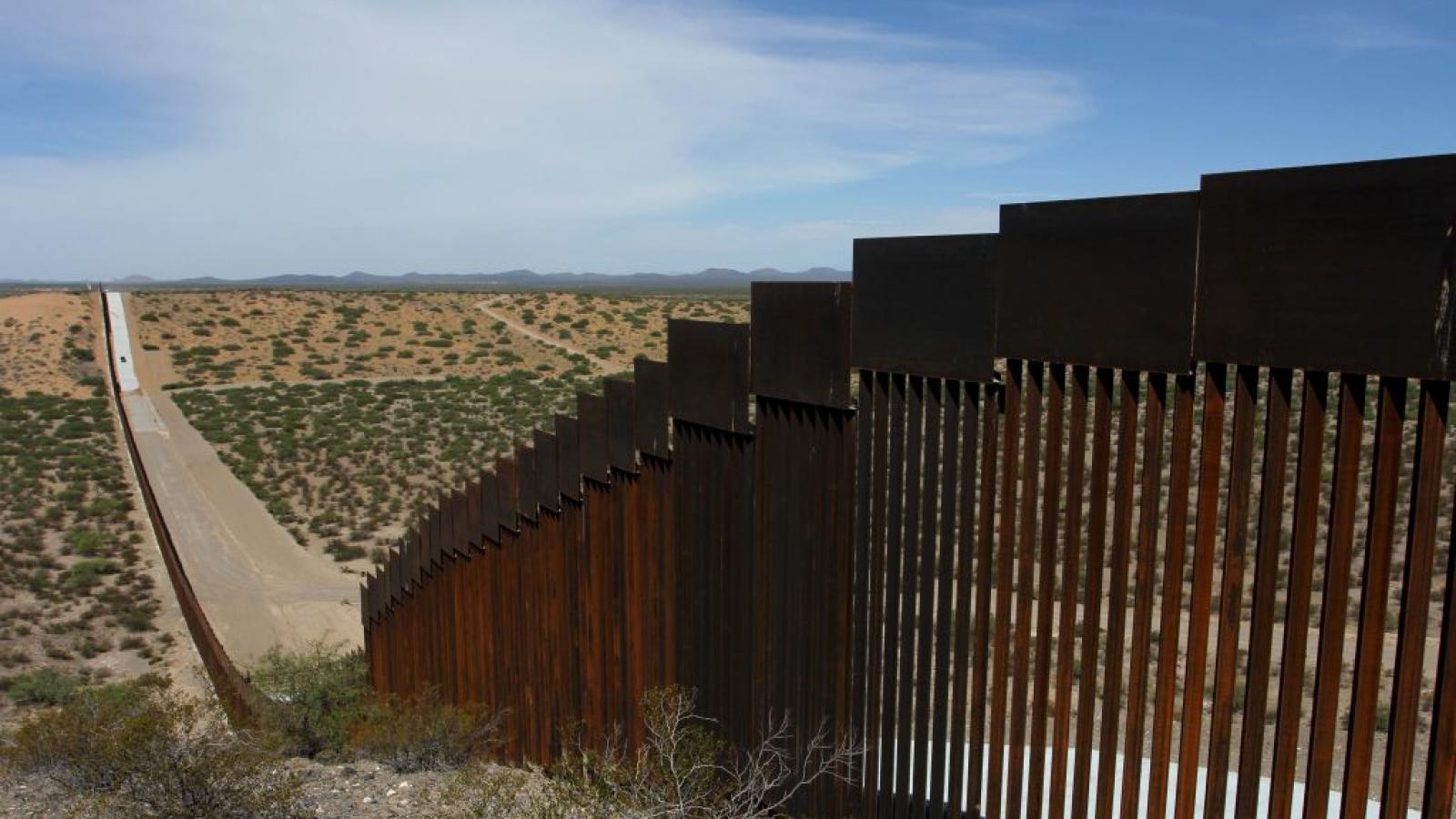 Part of wall on U.S.-Mexico border seen from Chihuahua State in Mexico in 2019
(HERIKA MARTINEZ/AFP via Getty Images)
By Alex Nitzberg

Video footage shows two young girls, ages 3 and 5, being dangled and then dropped over the U.S.-Mexico border wall one at a time.

Two individuals can be seen fleeing the scene on the opposite side of the wall after the second child had been dropped over the barrier.

El Paso Sector Chief Patrol Agent Gloria Chavez said in a tweet that the children were abandoned "miles from the nearest residence."

A press release noted that the incident was observed via camera technology by a Santa Teresa agent on Tuesday evening and agents were dispatched to rescue the minors, who are sisters from Ecuador. The young children were medically cleared.

"I'm appalled by the way these smugglers viciously dropped innocent children from a 14-foot border barrier last night. If not for the vigilance of our Agents using mobile technology, these two tender-aged siblings would have been exposed to the harsh elements of desert environment for hours," Chavez said in a statement. "We are currently working with our law enforcement partners in Mexico and attempting to identify these ruthless human smugglers so as to hold them accountable to the fullest extent of the law."

Smugglers, under cover of night, scaled a 14 ft. border barrier and cruelly dropped 2 young children in the middle of the New Mexico desert. The girls, ages 3 & 5, were left miles from the nearest residence. Thank you STN Agents for rescuing these children! @CBP @CBPWestTexas pic.twitter.com/U91y2g8Lk1— Gloria I. Chavez (@USBPChiefEPT) March 31, 2021