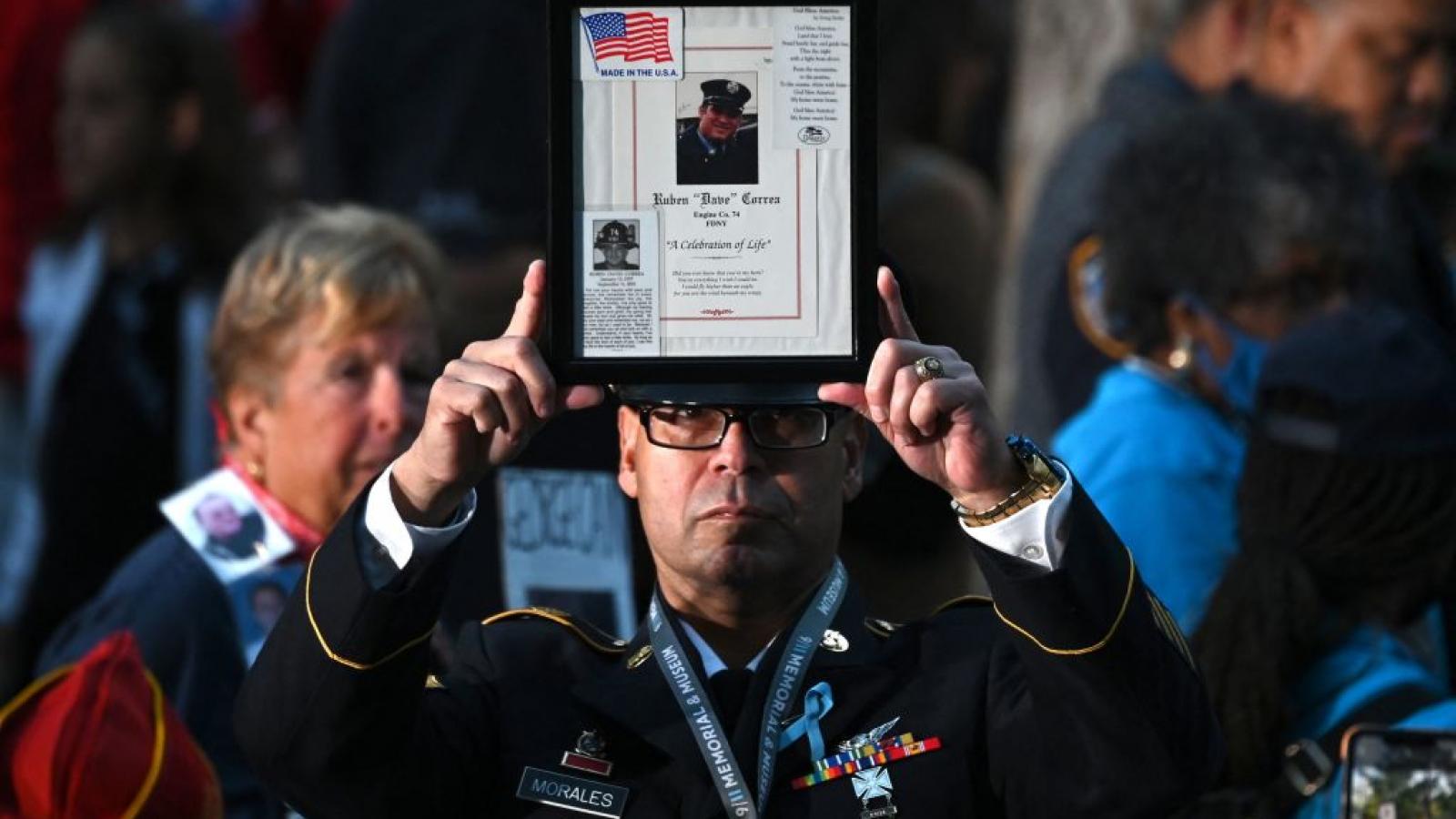 Americans commemorated the 20th anniversary of the world's deadliest terror attacks, ringing bells, singing hymns and solemnly reading the names of the nearly 3,000 who perished and are never to be forgotten.

With skies blue and sunny just like that fateful day two decades ago, presidents past and present joined the memorials at the World Trade Center, the Pentagon and Shanksville, Pa., as Americans marked their first 9/11 anniversary without U.S. troops engaged in battle in Afghanistan.

"To the families of the 2977 people, from more than 90 nations killed on September 11, 2001, in New York City, Arlington, Virginia, in Shanksville, Pennsylvania, and the 1,000 more who were injured, America and the world commemorate you and your loved ones, the pieces of your soul. We honor all those who risked their lives in the minutes, hours, months and years afterwards," Biden said in a pre-recording a message to the country before allowing relatives of those lost at the Twin Towers to honor their loved ones with a roll call of names that has become a hallmark of each 9/11 memorial.

"It’s been 20 years since she left. I remember this day as if it were yesterday," said the sister of Cecilia Elizabeth Richard Lawson, who perished in the Pentagon. "You’re gone. I just want to say I love you, and we miss you."

Biden was joined by former Presidents Bill Clinton and Barack Obama in New York and then planned to head to the Pentagon and Shanksville later in the day. Former President George W. Bush was set to meet with families at the Pennsylvania crash site where passengers heroically downed the fourth plane before it could crash into a building in Washington D.C.

Former President Donald Trump released a video message to the nation, also heralding the police officers, firefighters and first responders who rescued thousands and the troops who gave their lives in the war on terror that followed.

"The job they did was truly unbelievable," he said.

In New York, moments of silence were held at each precise moment one of the four hijacked airliners crashed. The crowd occasionally joined in songs of remembrance and celebration, with singer-songwriter Bruce Springsteen giving a live performance of his "I'll See You in My Dreams."