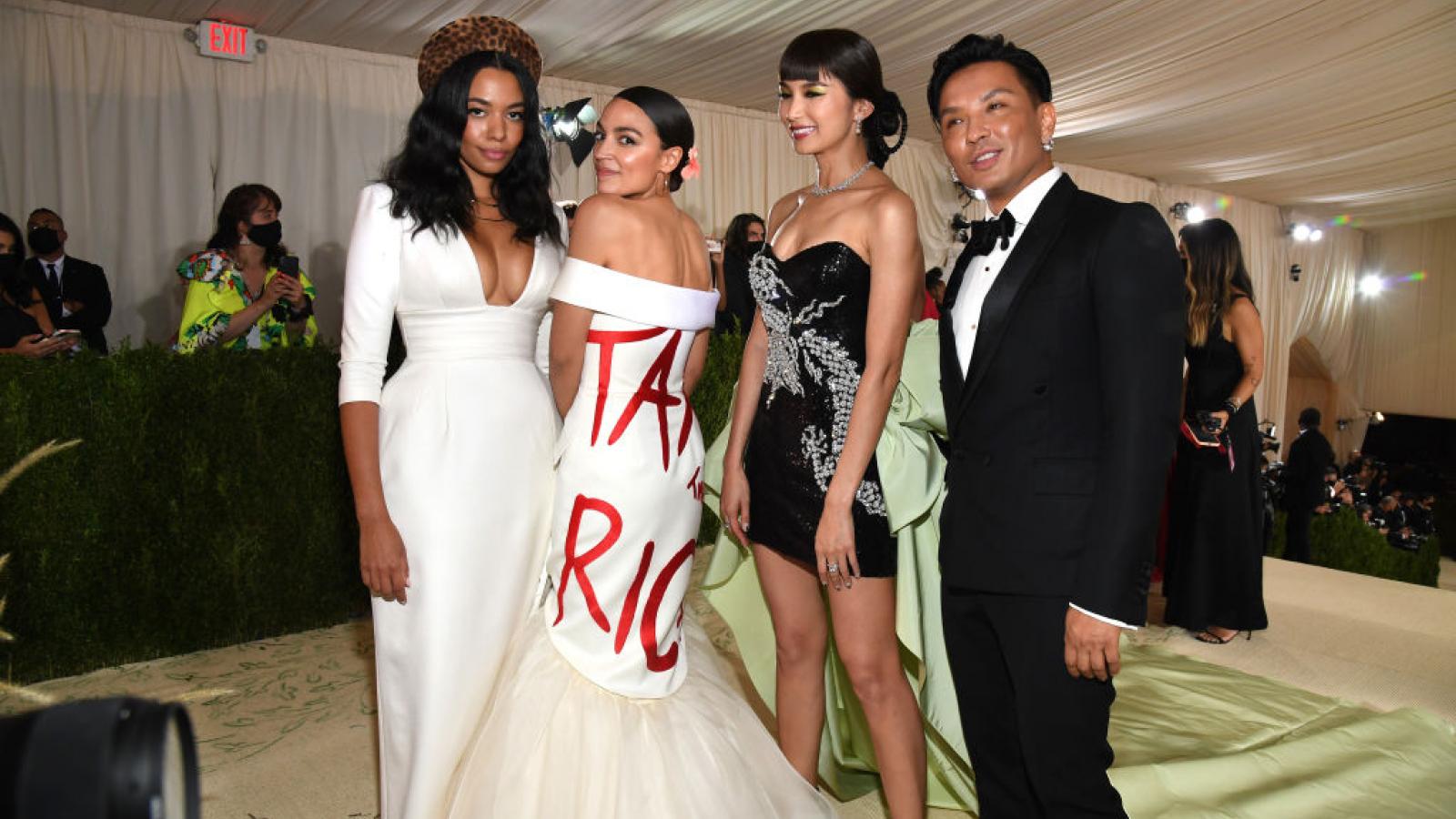 Progressive Democratic Rep. Alexandria Ocasio-Cortez is facing backlash from online audiences for her wardrobe choice at the famed Met Gala on Monday evening.

Tickets to the high-fashion soiree reportedly cost $30,000-$35,000 a head, and tables sell for $250,000-$300,000. Despite the hefty price tag and A-list guest list, the New York congresswoman opted to wear a white gown with the words "Tax The Rich" splashed across the back in bright red.

The progressive second-term representative has repeatedly called to increase taxes on wealthy Americans.

Fans and detractors of the congresswoman alike derided her wardrobe selection at the New York City event as a political misstep:

"What makes @AOC a bigger fraud: The "tax the rich dress" while she's hanging out with a bunch of wealthy leftwing elites or the lack of masks after spending the past 18 months as one of the biggest authoritarian mask Karens in the country?" wrote Donald Trump Jr.

Chief Variety TV critic Daniel D'Addario wrote, "I am a big admirer of the work of Alexandria Ocasio-Cortez, in government and on the public stage, and think tonight looks, in the moment, like a weird misstep. There's changing the system from within, and there there's ..."

Ocasio-Cortez wore the dress hours after the Democrat-controlled House release a plan to raise roughly $3 trillion in revenue through a package of tax increases on high-wager earner, corporations and other to pay for $3.5 trillion spending bill full of progressive initiative including those on green energy and expanded, government-funded health care.

Actor Michael Rapaport wrote, "@AOC will soon be rich with a ginormous production deal from somewhere & done with Politics, guarantee it. Stop treating ANY of these people like celebrities they are public servants and work for us."

Ocasio-Cortez dress was designed by Aurora James who, according to the congresswoman is a "sustainably focused, Black woman immigrant designer."