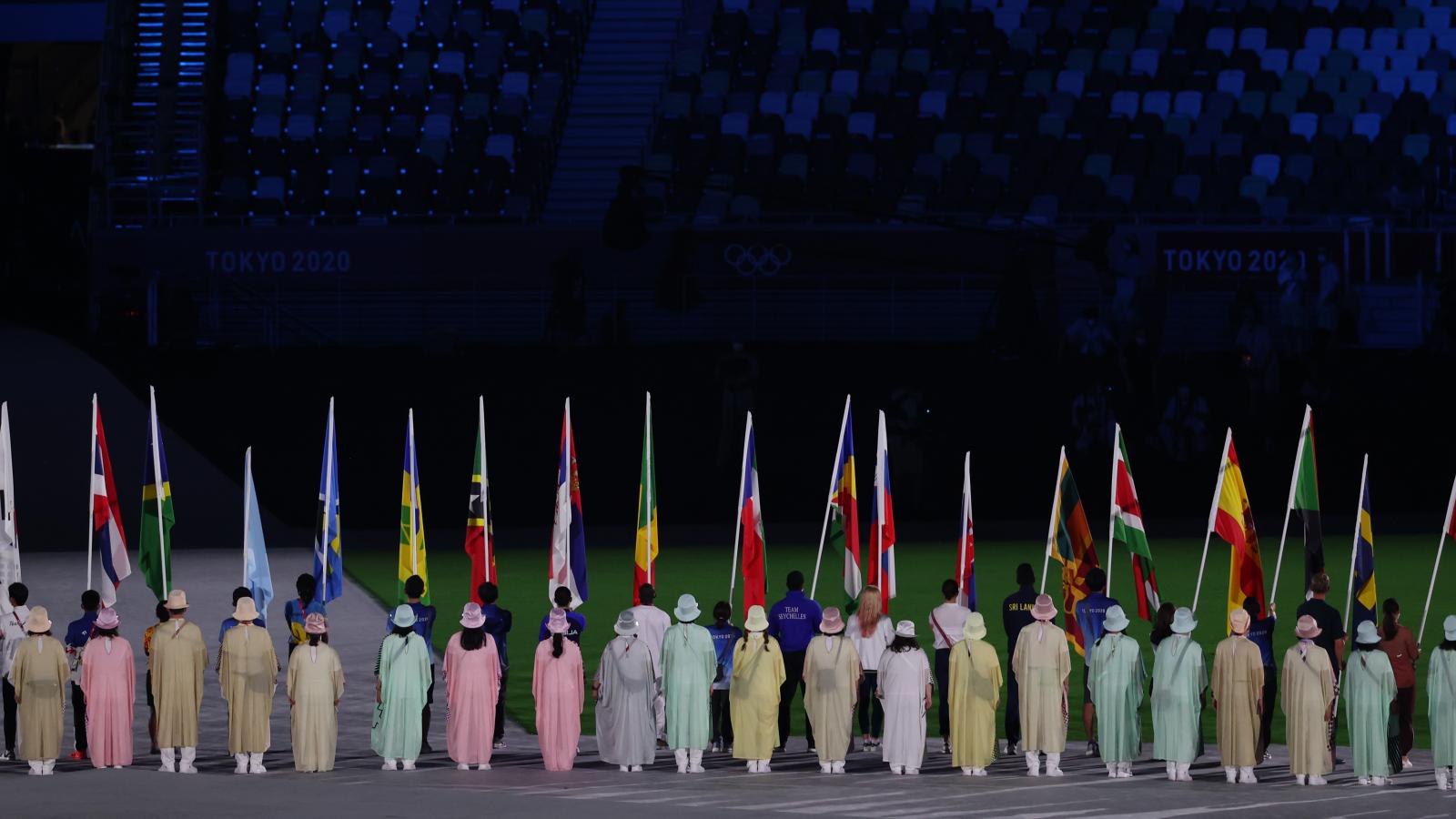 Delayed by COVID-19, tormented by a typhoon and played to empty stadiums, the Tokyo Olympics came to a close Sunday with a reflective final show that mirrored a world struggling with uncertainty but still celebrating athletic excellence.

U.S. women capped off the Games for America by winning their 7th straight gold in basketball by defeating host Japan 90-75 and their first ever gold in team volleyball with a victory over Brazil.

From team stars like basketball's Kevin Durant and Sue Bird to dazzling individual performances from the likes of swimmer Caeleb Dressel and his five gold medals, America finished atop both the total medals board and edged China by one in gold medallions.

America finished with 39 golds, compared to 38 for China, and a total of 113 overall medals. Host Japan finished a surprising third with 58 total medals.

The Games ended Sunday night with a drum-banging reflection on shared world experiences, fitting for a contest that was delayed a year by the pandemic, interrupted by a typhoon and pierced by a debate over the mental health of high-performance athletes highlighted by decorated American gymnast Simone Biles's dramatic withdrawal from several competitions.

“At the end of the day, we’re not just entertainment. We’re human, and there are things going on behind the scenes that we’re also trying to juggle with,” Biles explained after shocking the world by withdrawing from the gymnastics team competition.

In the end, though, the excellence of athletes brightened the Games, even if crowds could not cheer them on inside the venues.

As the next Summer Olympics ramps up in Paris in 2024, organizers are left with some lingering issues too: in particular how to keep competitions that were designed to be political-free from being sullied by the personal protests that occurred on some fields and even the medal stand,