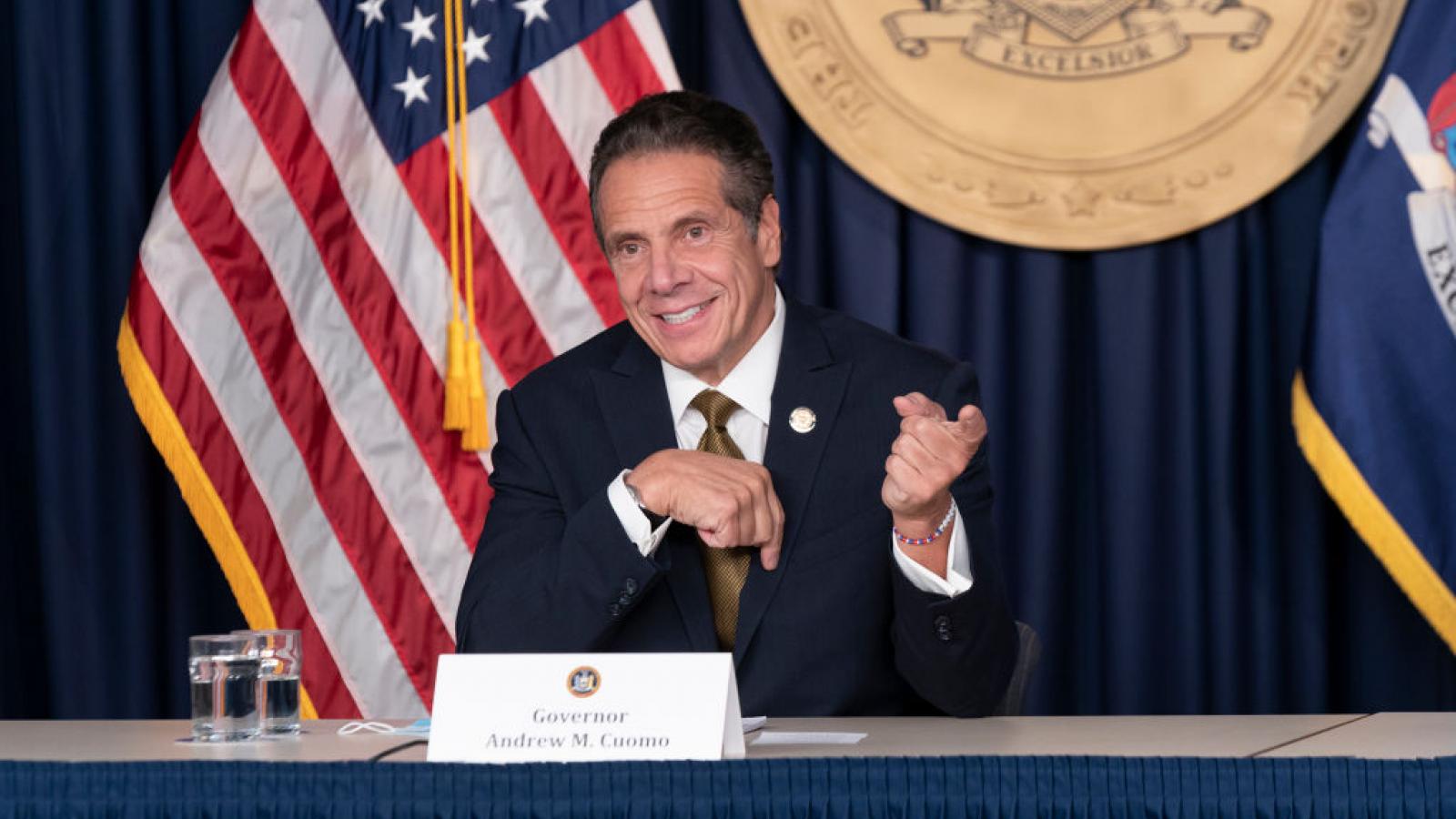 The International Academy of Televisions Arts and Sciences has taken back the honorary Emmy it had bestowed upon former New York Gov. Andrew Cuomo in 2020.

He won the Emmy for his daily TV updates on hard-hit New York during the early stages of the pandemic. Cuomo resigned from office earlier this month after a report by the state attorney general concluded there was credible evidence that he had sexually harassed 11 women.

On Tuesday, not 12-hours after the governor formally handed power to Lt. Gov. Kathy Hochul, the organization released a statement reading: "In light of the New York Attorney General’s report, and Andrew Cuomo’s subsequent resignation as governor, it is rescinding his special 2020 International Emmy Award. His name and any reference to his receiving the award will be eliminated from International Academy materials going forward."

Cuomo received the International Emmy Founders Award for "effective communication and leadership during the Covid-19 pandemic."

The governor's popular daily coronavirus briefing were considered by many in the media to be an example of steadfast leadership and calm – in juxtaposition with then-President Trump's daily briefings, for which the media had markedly less admiration.

"The Governor’s 111 daily briefings worked so well because he effectively created television shows, with characters, plot lines, and stories of success and failure. People around the world tuned in to find out what was going on, and New York tough became a symbol of the determination to fight back," said Bruce L. Paisner, International Academy president and CEO, at the time.

Following the publication of New York Attorney General Letitia James' report, calls to rescind the award became louder. Nearly two weeks ago, Cuomo announced his resignation and a two-week transition period. It appears that the Academy wished to wait until Cuomo had definitively left office before announcing that his award was being taken away.