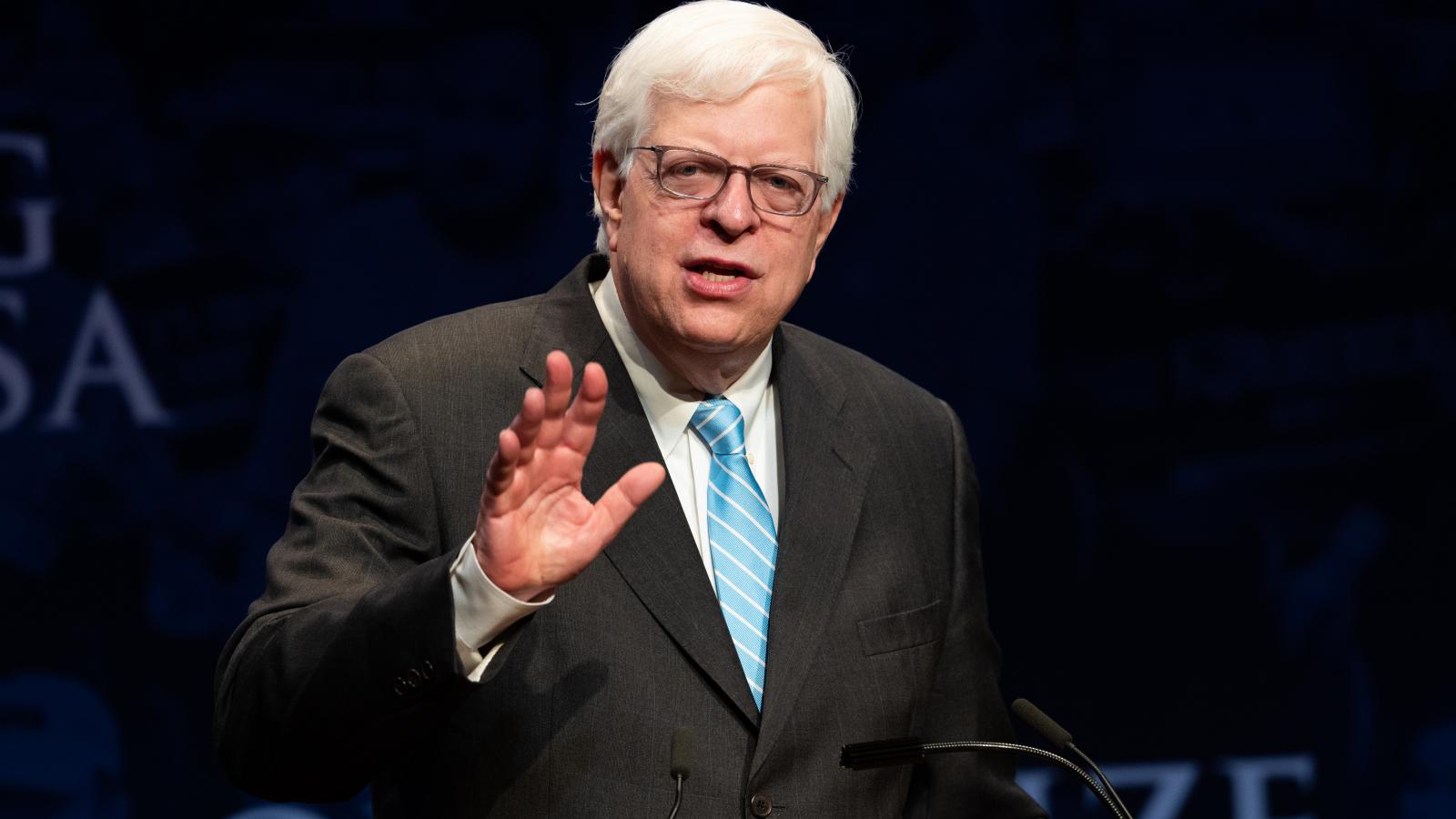 Dennis Prager, radio talk show host and founder of Prager University, warns that liberals are voting for the death of liberalism when they vote for the left. While liberals are pro-free speech, the left suppresses speech, he said.

"There is no example in the history of the left that they did not suppress speech when they have power. Whether it's a college campus in the United States, or it was Lenin in the Soviet Union, there is no example of the left being in power, whether it's at a university or a nation, and not suppressing dissent … It is not true for liberals — liberals allowed dissent," Prager told the John Solomon Reports podcast.

"But liberals vote for the left. Liberals are the biggest fools of all — they're not bad people, but they're the most foolish. The left is evil. The right is mostly comatose, but awakening. But the liberal votes left, with the rare exceptions of an Alan Dershowitz or Dave Rubin and so on. That is the tragedy of our time, that liberals don't understand the mortal threat the left poses to liberalism. Liberals believe in free speech, the left doesn't."

Prager explained that when he would talk to audiences from the greatest generation, he said that they forgot to teach their children about their love for America and the value of freedom.

"I said, 'You have a wonderful generation, but you made a very terrible error. You gave us everything you didn't have — stability, peace and prosperity and affluence — but you didn't give us what you did have, which was a love and appreciation of America and of its values.'"

"And I don't know how they reacted," Prager continued, "but it's undeniable that after World War II, the generation born then was not taught freedom. Freedom is not an instinct. Freedom is a value. That's why we have a statue of liberty — we don't have a statue of breathing. Breathing is natural. Liberty is a value, and very few people value it."

"The pandemic showed most Americans value safety over freedom. I don't. I value freedom above all. Not anarchy — freedom. You tell people what the issues are, you level with them about the risks, and then they decide how to live their lives. Why children could not go to school was a crime — is a total crime in this country. But liberty is, again, not a value — people will trade in their souls for a free lunch."

Prager added that hate speech comes with free speech, and most hate in America comes from the left.

"I consider all left-wing speech hate speech, but I'm not for banning it," Prager said. "The left is the source of 99 percent of the hate in this country. And they foment hate. They foment interracial hate, intergenerational hate, inter-economic class hate. But it doesn't even occur to me to ban them. In fact, I invite them on my radio show, but they never show up. They never debate it. People never — don't notice that. Leftists don't debate. They can't debate."

Prager continued, "Whenever they debate, they lose. Because nothing they say is based on reason or truth, it's based on passion. America is not a systemically racist country. Men do not give birth. Asian Americans are attacked more by blacks than by whites. I mean, every fact goes against the left."

Big Tech is trying to keep kids from watching PragerU videos, Prager said, adding that the left-wing media "attacked us — it's really, it's very enlightening — for teaching young kids to love America. We're actually criticized for that."

He also mentioned that 100 of PragerU's YouTube videos have been listed as "restricted," "meaning that Google has made it impossible for any home that has filters against pornography and violence to watch a PragerU video," including schools and libraries. Prager explained that all PragerU videos are "okay for kids. We think of kids when we make the videos."

The social media site TikTok also removed PragerU from its platform recently, "But of course, they never tell you — what did we actually say that merits removal?" Prager asked.