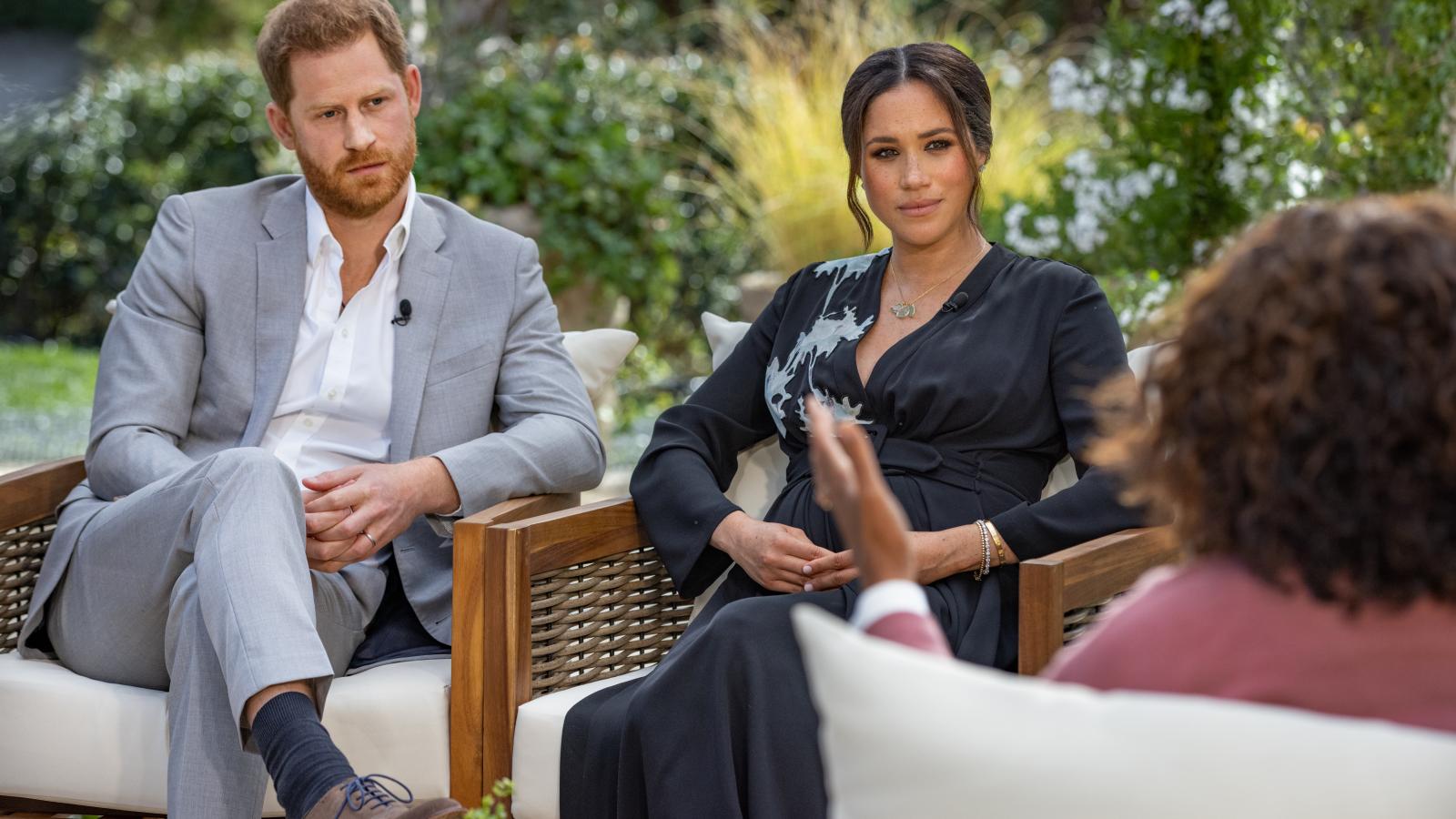 Meghan Markle revealed in an interview aired Sunday night that she became so miserable inside Britain's royal family that she contemplated suicide and begged for help, while her husband Prince Harry acknowledged a painful rift in his relationship with his father, the heir to the throne.

"There's a lot to work through there," Harry told Oprah Winfrey in a highly anticipated interview in which he acknowledged his father, Prince Charles, stopped talking to him for a period of time as the Duke and Duchess of Sussex made plans to leave the palace last year.

Harry added that he felt "really let down" that his father did not do more publicly to support him and his new wife. "I will always love him, but there's a lot that's happened," the prince added.

The couple also claimed that there were discussions inside the palace expressing worry that their first child, Archie, might be too dark-skinned, but refused to specify who raised the issue. Meghan is mixed race.

"That's a conversation with you?" Winfrey asked. "About how dark your baby is going to be? You're not going to tell me who had the conversation?"

"I think that would be very damaging to them," Meghan said. Harry, likewise, demurred: "That conversation I'm never going to share."

But the interview's most shocking moment came when Markle described the crushing effect of the pressure of being a royal, saying it eventually led her to a "very clear and real and frightening constant thought" of suicide.

"I just didn't want to be alive anymore," she said at one point.

She said she needed help and turned to the royal Human Resources office, only to be told it could not help because Markle was not a paid palace employee.

"I've never felt this way before, and I need to go somewhere," Markle said, explaining why she and her husband and young child left the royal family.