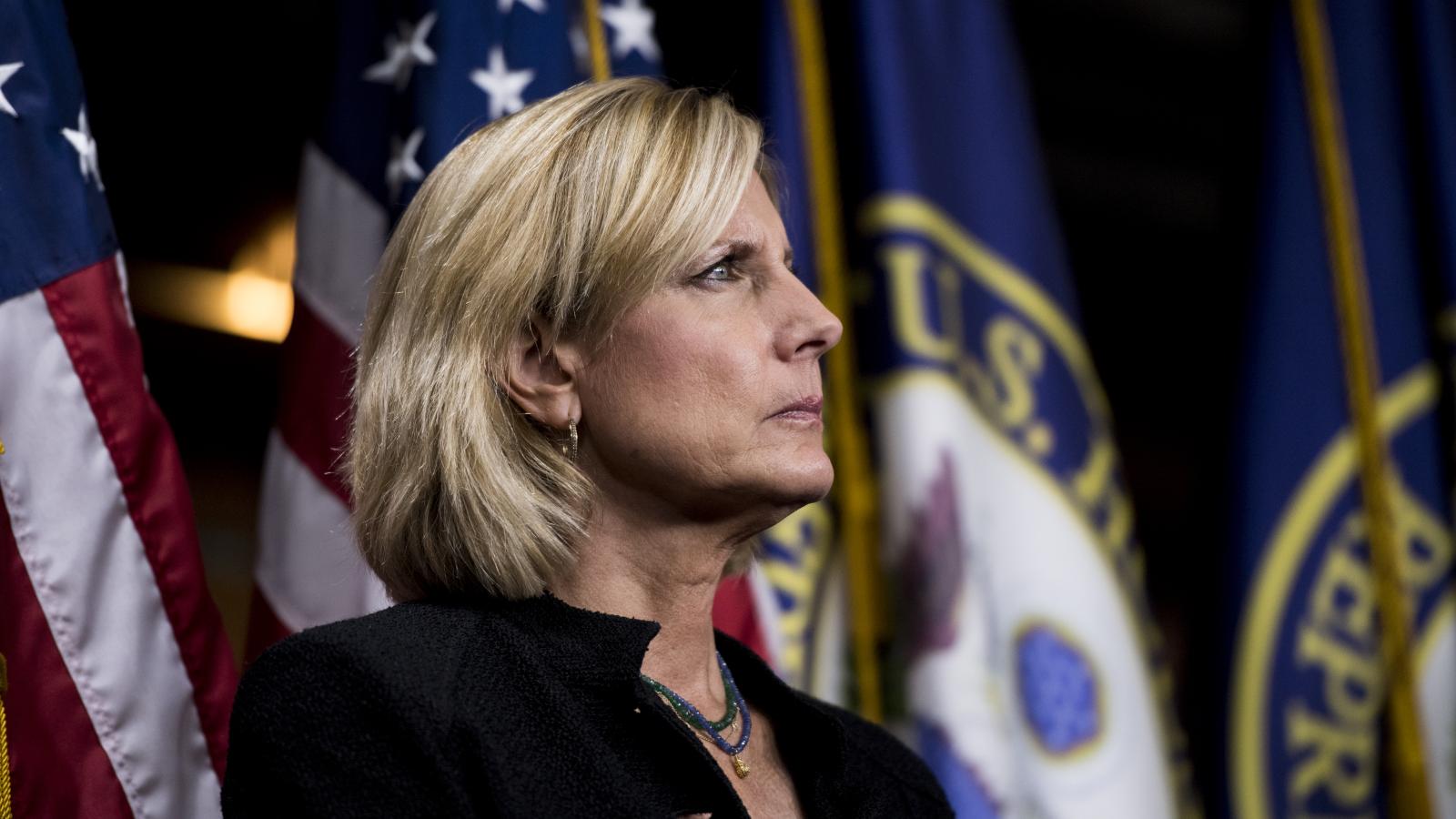 Rep. Claudia Tenney (R-N.Y.), who has firsthand experience with an overburdened election process, says that Major League Baseball should not be exempt from antitrust laws and should "compete like everyone else, and have to be accountable to everyone."

Tenney told the John Solomon Reports podcast: "My concern is, why is MLB getting involved in politics at all? This is more of the politicization of our culture — you know, everything we do has to have politics. It's like the moving the Supreme Court and packing the Court, adding nine to 13 so we have a superlegislature — just another legislature is what the Supreme Court is going to be reduced to, what is exactly the opposite of what it's supposed to be.

"So I see the MLB here, they have these special exemptions — nobody else can engage in the type of business that the MLB is, it's a preserved antitrust exemption that they have. Let's get rid of that. Let's make them compete like everyone else, and have to be accountable to everyone.

"So say a professional baseball player would like to go out and start their own team, but you can't do it because MLB has a monopoly. That's actually contrary to what our system of government stands for. And so make them compete just like everyone else. And I bet if they hadn't had this antitrust exemption, they might have thought twice about what they've done to businesses, and to the MLB, and politicizing it and going down that road."

"The main purpose of the caucus is to make sure that everyone understands how sacred their right to vote is in this country, to have a private vote without someone leaning on you and knowing how you voted," she said. "And also to make sure that our voter rolls have integrity, and that your vote is, sacred as it is, is not undermined by having these rules just taken advantage of. And also so people know that, 'Yes, your vote does count.'

"We want to make sure that everyone votes. We'd like to see every single legal person get out and vote, we don't want to suppress votes. We want to stop the vote harvesting that is going on with Democrats — and I call it vote trafficking, because it's really illegal, a lot of things that they're trying to do with their signature legislation, which is called H.R. 1.

"And you've heard other people call it the 'corrupt politicians act' — it's that, too. But there's so much in that bill that is so bad for our country, and would actually federalize elections and allow the federal government and whoever the partisan leaders are in the federal government — whether they're Republican or they're Democrat — would completely control elections at the state and local level. And that's just something we can't allow to happen."

Tenney also discussed the underlying ideologies that she said separates the Democrats from American values.

"Some of these things the Democrats are proposing are just way — they're just so radical, and they almost have an outer, you know, communist type of feel to them," she said. "And I hate to use that word, but the authoritarianism of everything they're trying to do, it concerns me. And everything seems to boil down to race, to gender, to class, instead of about freedom and preserving individual rights and the things that we can all agree on. And I think that's what the problem is."

"They're simple concepts," she continued, "but this huge bureaucratic state [of New York] is actually what caused my election to be so close. They deliberately created chaos. They made the election system so overburdened that the people in charge at the Board of Elections weren't able to handle the election, which is why it took 101 days to count my votes. We were registering and counting votes in January and February for a race that occurred in November.

"So one key point in my race is that this judge — who is a Democrat, by the way, an elected Democrat judge — did not stop at some procedural date and dismissing the case in my case. He said, 'No, we're going to count every vote. Not only that, we're going to register voters who were not registered because the bureaucracy was too great for them to get their job done. And the resources provided by Governor Cuomo were inadequate for them to get the job done in time.' And we counted every vote. We went in and counted the votes. And I ended up prevailing in that."