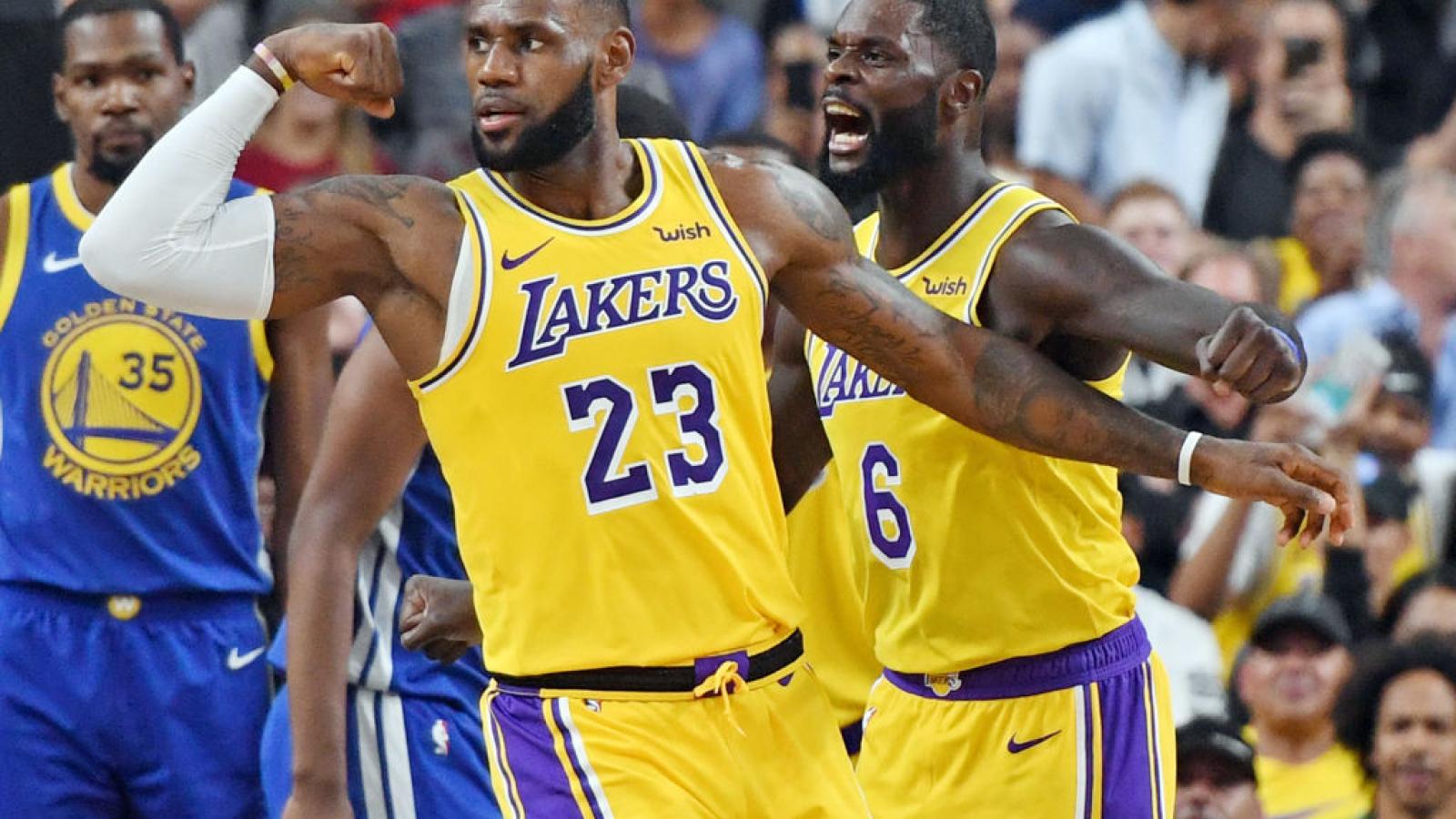 The suspensions were announced by the NBA on Monday, affecting Tuesday's games, The Associated Press reported. James won't be able to play when the Lakers face off with the New York Knicks in Madison Square Garden and Stewart will skip the Pistons' home game with Miami. Stewart will also miss his team's game against Milwaukee on Wednesday.

James will lose about $284,000 of his salary, and Stewart will lose about $45,000, according to the news wire. While James has been sanctioned multiple times by the NBA in the past as he was fined for flopping, kicking a water bottle, and skipping news conferences, this is his first suspension in his 19-year career, which has included winning four NBA titles with three teams.

Both players will be eligible to play when their teams face off again Sunday in Los Angeles.

The altercation occurred during the third quarter, when both James and Stewart were fighting for a position during a free throw. Their arms appeared to become entangled and James swung his elbow, hitting Stewart, who soon had blood streaming down from above his eye. It appeared that James attempted to deescalate when he realized he hit Stewart and drew blood, according to the AP.

Players from both teams, referees, coaches, and security quickly ran on the floor to keep James and Stewart separated.

Stewart was taken away by teammates and coaches, but appeared to become more aggravated in the process. Multiple times he tried to rush back towards James, but several people obstructed his path.

Dwane Casey, the Pistons' coach, said Stewart needed eight stitches and that he didn't think his player should have been suspended, the news outlet reported.

"His eye got cracked all the way open. He was upset for a reason," Casey said.