The global phenomenon is clashing with a new brand of militant identity politics.

Appreciate you so much, @brokeymcpoverty. All the criticisms are valid. The sheer tonnage of complexities & failings of these people I couldn’t get. Or wrestled with but cut. I took 6 years and fit as much as I could in a 2.5 hour musical. Did my best. It’s all fair game. https://t.co/mjhU8sXS1U— Lin-Manuel Miranda (@Lin_Manuel) July 6, 2020

"Hamilton," the Broadway play which for half a decade has been a nearly unsurpassed cultural phenomenon across the globe, may be on the verge of a denouement.

The play, written and originally starring the actor and musician Lin-Manuel Miranda, took America and the world by storm when it debuted in 2015. Combining a clever, lightning-quick hip-hop musical score with an imaginative yet mostly faithful take on American history — and with the vast majority of the cast being made up of nonwhite actors — it would go on to win nearly a dozen Tony awards as well as a Pulitzer Prize.

Inspired by historian Ron Chernow's exhaustive biography of Founding Father Alexander Hamilton, Miranda's play depicts Hamilton's role in the American Revolution and its immediate aftermath, including his actions as a soldier and aide-de-camp to George Washington during the Revolutionary War, his turn as Washington's Treasury Secretary, his relationship with his wife Elizabeth, the death of his son, and his own eventual death in a duel with Aaron Burr.

The production has spawned a franchise — including an album, merchandise, and books — that has grossed over $1 billion worldwide. A filmed version of the play, released this month on the streaming service Disney+, has been met with acclaim. The show has been so highly regarded that New York Times theater critic Ben Brantley once suggested that people should "mortgage their houses and lease their children" to see it.

Yet a growing chorus of voices may be turning on both the play and the man who produced it. The ongoing political moment in which America finds itself — where the dictates of Black Lives Matter have become something of a moral litmus test, and every aspect of American culture and history is under unforgiving scrutiny by ideologues and activists — may ring down the curtain on perhaps the premier cultural touchstone of the 21st century so far.

At issue for a growing number of activists is the contention that Miranda's play largely glosses over the issue of slavery in 18th century America. Numerous historical characters in the production — George Washington, James Madison, Thomas Jefferson — in real life owned significant numbers of slaves; the play more or less skates around these facts, and it goes to great lengths to portray Washington in an almost hagiographic light.

Hamilton, too, is subject to a similar sort of hagiography, even though his historical relevance largely comes from his service to Washington the slaveowner. Hamilton was an outspoken and committed abolitionist, but he appears to have had few compunctions about working for Washington and with other slavers. Moreover, there is evidence that he may have facilitated some slavery transactions for his wife's slaveowning family.

Those tensions, which were mostly ignored in the early years of the play's meteoric success, are becoming more apparent today, as the nation engages in a protracted debate about whether we should rip down statues of not just Confederate generals but Founding Fathers and even Union heroes of the Civil War as well.

Writing at CNN last week, journalist Ed Morales asked: "Is [Hamilton's] strategy of non-traditional casting a triumph that allows people of color to 'rise up' or are they undermined by the irony of how their embodiment as founding fathers ignores the fact that most of the characters they play were slave owners?"

Writer Tracy Clayton, meanwhile, wrote last week that "Hamilton" is "a flawed play about flawed people written by an imperfect person," though she claimed it gave her life "a big boost" when she first saw it. She wrote that she "would have appreciated more context [in the play] about hamilton & slavery," but she counseled against "lump[ing] it in with statues of columbus and robert e lee."

hamilton is a flawed play about flawed people written by an imperfect person that gave my flawed and imperfect little life a big boost when i needed it most, so again i know im biased but i do appreciate the change this illustrates & will be following the convo’s evolution— tracy clayton aka CHUBBA BEEF (@brokeymcpoverty) July 5, 2020

Earlier this month, a 2016 interview with Harvard historian Annette Gordon-Reed resurfaced in which the professor, who confessed she liked the play, nevertheless argued against interpreting Hamilton in too charitable a light.

"He was not an abolitionist," Gordon-Reed said. "He bought and sold slaves for his in-laws, and opposing slavery was never at the forefront of his agenda.

Esquire this week, meanwhile, echoed that criticism by noting that "Hamilton's actual relationship to slavery and slave owners was much more complex, and not as progressive as the play depicts."

Washington Post writer Gregory Schneider argued last week that Hamilton's "relationship with Washington, his marriage into the wealthy Schuyler family, his slaveholding friends — all advanced him socially while requiring him to turn his head from the toughest issue of the day."

Miranda's office did not respond to an interview request from Just the News. But the artist was clearly well aware of the growing backlash against his most famous work — a backlash which includes criticism that he has uttered the word the N-word on more than one occasion. On Monday, he briefly and favorably acknowledged the burgeoning reevaluation of his play.

"All the criticisms are valid," he wrote on Twitter, responding to Clayton's thread. "The sheer tonnage of complexities & failings of these people I couldn’t get. Or wrestled with but cut."

Appreciate you so much, @brokeymcpoverty. All the criticisms are valid. The sheer tonnage of complexities & failings of these people I couldn’t get. Or wrestled with but cut. I took 6 years and fit as much as I could in a 2.5 hour musical. Did my best. It’s all fair game. https://t.co/mjhU8sXS1U— Lin-Manuel Miranda (@Lin_Manuel) July 6, 2020

Whether that will be enough to save his show from "cancelation" remains to be seen, and may very well be determined by the course of American politics in 2020: If Black Lives Matter continues its dominating march through American academic, cultural, corporate, legal and political life, it may end up that Miranda's play will get the axe due to its relative soft-pedaling of American slavery.

Reflecting on the difference between the 2015 of the play's release and the 2020 of today,  Clayton observed, "Hamilton the play and the movie were given to us in two different worlds."

"Our willingness to interrogate things in this way," she continued, "feels like a clear sign of change." 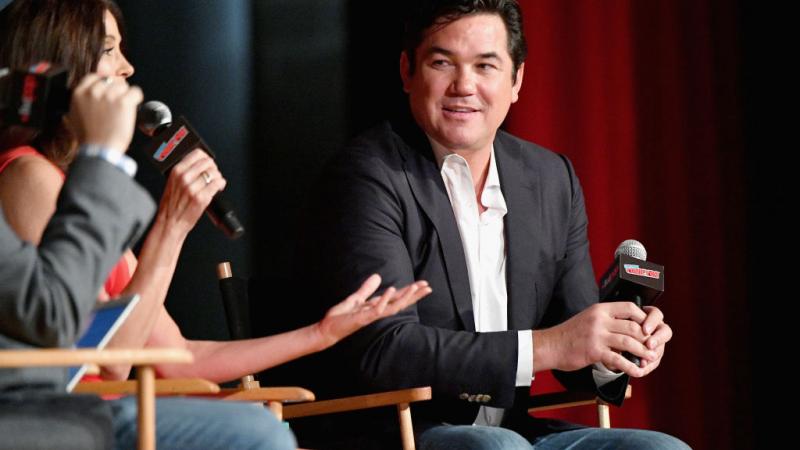