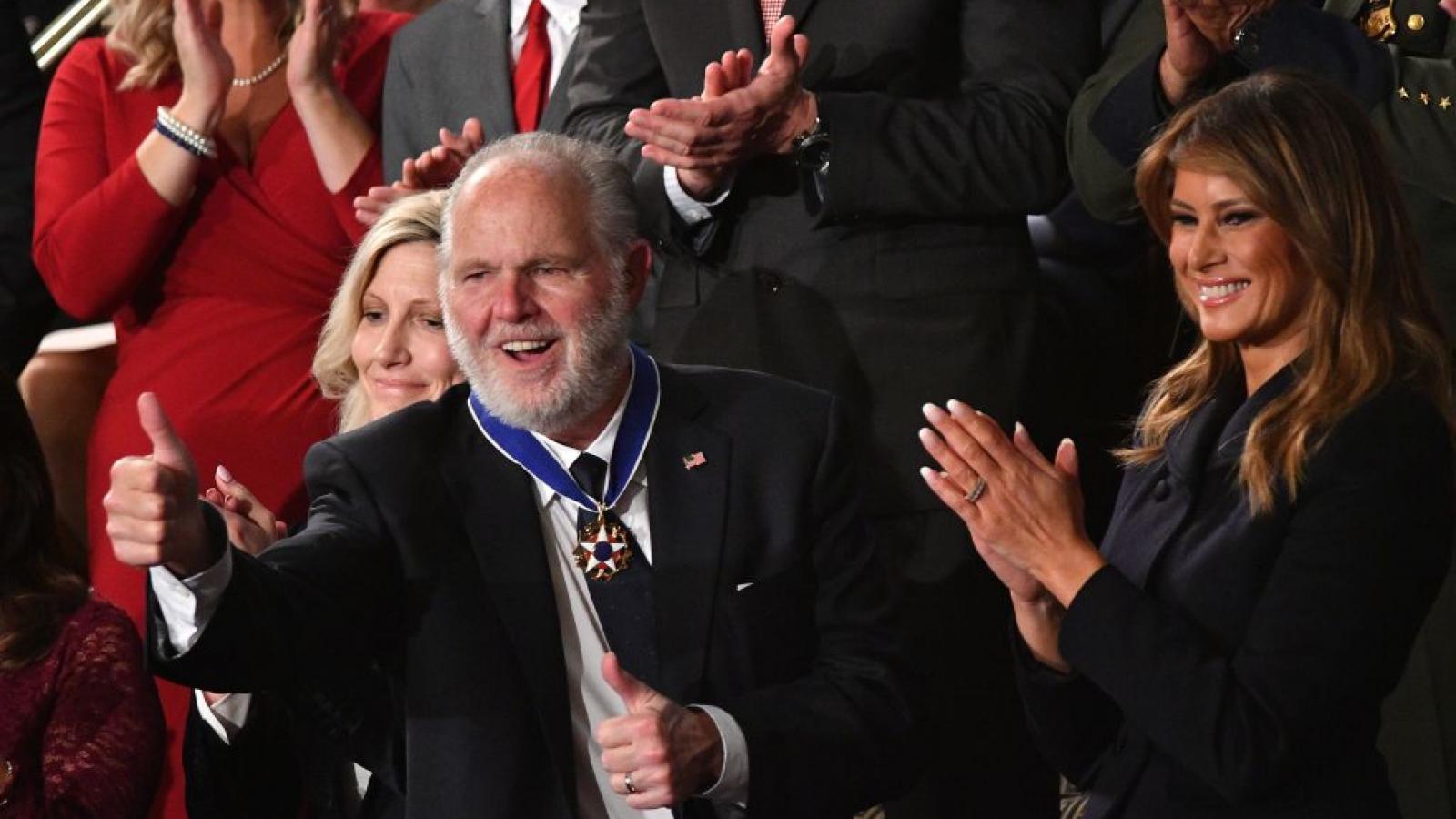 Many people praised the late Rush Limbaugh as the G.O.A.T or the greatest of all time, now according to his death certificate, he is.

TMZ obtained the conservative radio host's death certificate, which which purportedly lists him as the "Greatest Radio Host of All Time."

Limbaugh's wife, Kathryn Limbaugh, is listed as the person providing information for the document, so TMZ believes she is the one responsible for the name of his occupation on the certificate.

Limbaugh died Feb. 17, from complications from lung cancer. He was 70.

He received the Presidential Medal of Freedom by President Trump last year, before his death.