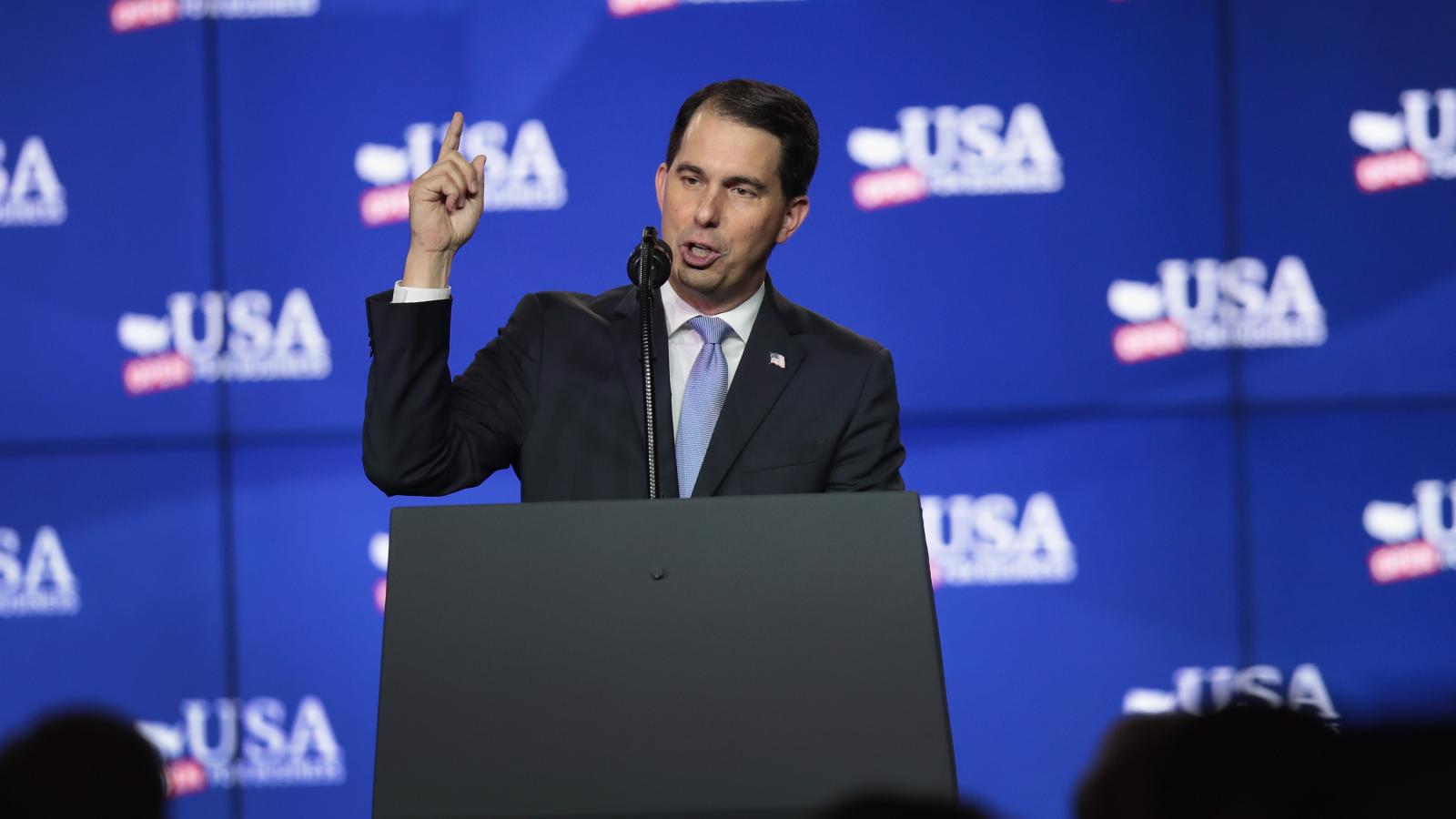 Former Wisconsin Gov. Scott Walker is taking liberal policies to task, saying new campus housing and graduations that segregate students by identity are "pleasing" white supremacists while those who support vaccine passports but oppose voter ID are engaged in hypocrisy.

"It's just ironic, though, that they're okay with you having a passport that shows that you had a vaccination with your picture on it that you can use to go – that you have to use, under their idea, to go shop or travel or do anything else – that apparently is not racist. But not having a photo ID is," Walker told the John Solomon Reports podcast on Thursday. "It just makes no sense whatsoever."

Walker, a Republican, added that when he was governor, he signed a bill into law requiring a photo ID to vote, but that people could go to a DMV office in Wisconsin and get it for free.

"So there's no monetary barrier, although who doesn't have that? But just as an extra precaution, we put in that – so it's just a bogus argument that most Americans don't buy into, that people can't present identification," he said.

"What's really crazy to me is much of this nonsense on the left is probably pleasing some of the very people that they disdain, which are white supremacists, because the things they're talking about are enacting the very policies and things that people like George Wallace pushed for back more than a half a century ago."

Walker believes that Marxists previously failed in America because they focused on economic classes, which he said the U.S. doesn't really have since it is possible for someone who is born poor to climb the socioeconomic ladder.

However, because of that failure, the Marxist left has now made classes of race, gender, and sex to divide people, he said.

"I believe they're coming back, now, at it a different way where they're trying to pit one group of Americans versus another to try and drive in Marxist principles by pitting, not economic class, but creating classes based on race, based on gender, based on sex, and things of that nature – to try and say, 'This is an agreed class, you need to go out and take from this class, and put power over here,' with the idea of being, really what it's doing is an excuse for the few elite to amass the power like they've done in both socialist and communist regimes in the past."