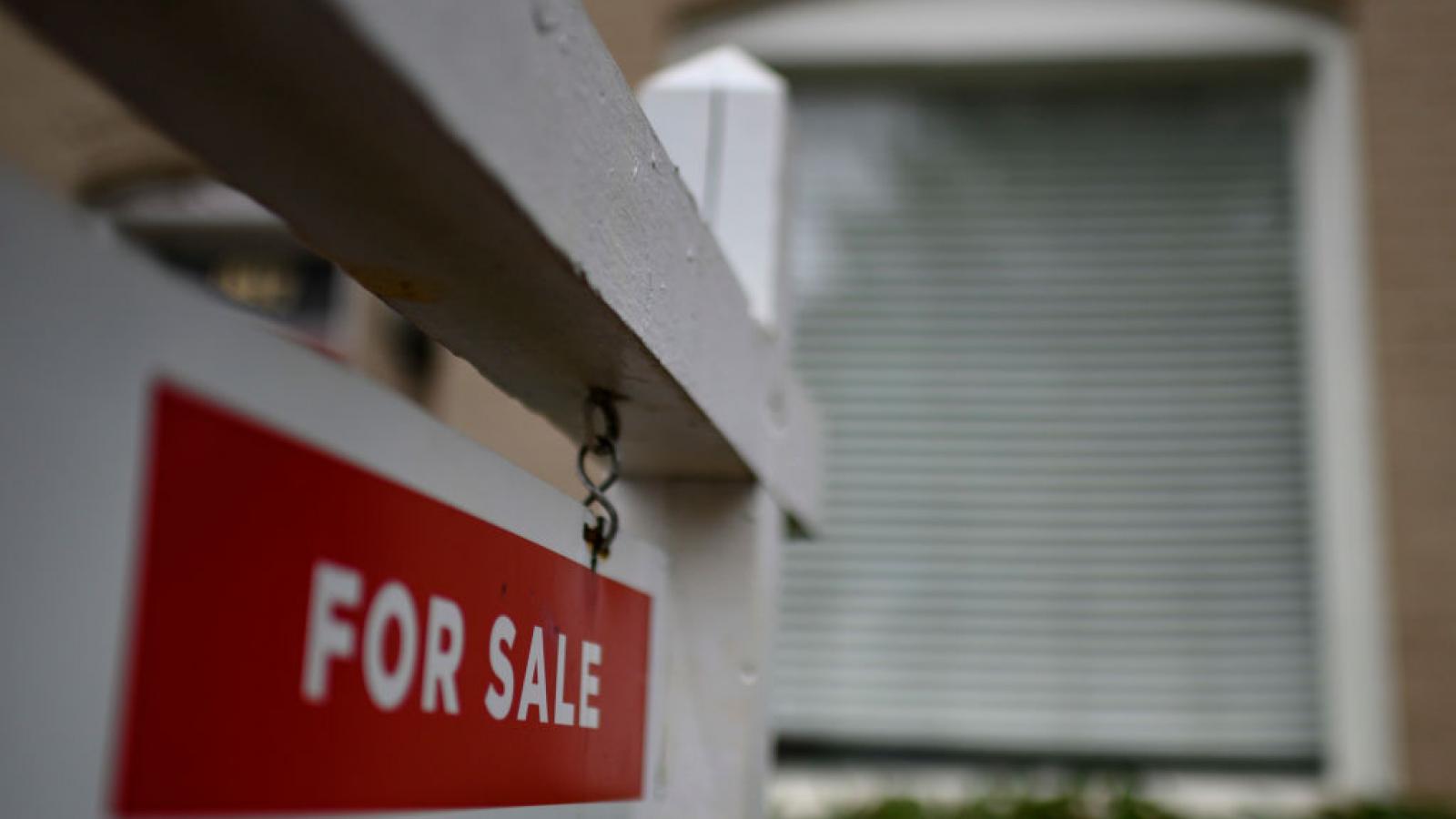 A house for sale
(ERIC BARADAT/Getty)
By Daniel Payne

Housing inventory in the U.S. remains significantly low, driving a white-hot market in which buyers continue to resort to aggressive buying tactics such as inspection-free transfers and hugely inflated offering prices.

Data from the Federal Reserve show housing inventory began declining last summer before dropping sharply in October. From over 1,550,000 units in May of last year, the Fed says stock has dropped to just above 1,000,000.

Home sales, on the other hand, have not dropped concurrently but have actually increased relative to a year ago, meaning more buyers are chasing after less stock. And that is creating a fiercely competitive market for the increasingly rare houses that come up for sale.

Local markets from Albuquerque to Eastern Idaho to Portland, Maine to Central Florida have all seen major buying activity as many houses remain off-market.

Part of the reason the U.S. is seeing markedly low stock may be due to the residual effects of the 2007 housing bubble burst. New home construction decreased rapidly in the following years, with the market still feeling the consequences of that reduced activity. “We've been under-building for the last 15 years,” realtor Jeffrey Mezger told CNN this week.

Also driving that shortage is a steep spike in the price of lumber, one of the primary building components of new housing. Driven in part by supply chain and logistical difficulties surrounding the COVID-19 pandemic, lumber prices are at a multiyear-high, with hefty price tags preempting levels of new development that would ease the constricted supply in the overall market.

Average mortgage rates, meanwhile, have spurred increased buying in recent years. While interest rates approached 20% in the early 1980s, they have been on a steady decline since then, creating favorable buying conditions that have persisted alongside the other factors driving stock lower.

Hot market may last well into the future

Gay Cororaton, the director of housing and commercial research for the National Association of Realtors, said current conditions may persist well into the future.

“Based on household formation and accounting for obsolescence, there’s a backlog right now of 3.2 million housing units,” she told Just the News. "And addressing this shortage through measures like increasing the supply of construction labor, increasing housing density through up-zoning will take time. “

“Mortgage rates have started moving up, so rising mortgage rates will ease demand a bit,” she continued. “However, the fiscal stimulus program and the opening up of businesses once most of the population has been vaccinated will boost employment and wages, and this rising income will tend to spill into a demand for housing.”

“More millennials will also move into the home-buying age,” she added. “The youngest millennial born in 2000 will only turn 40 by 2040. So the market will remain very competitive for a long time.”

Cororaton said the demand for housing exceeds the supply by millions.

Karen Mann, an appraiser in the San Francisco Bay area, said the real estate market is “kind of in the midst of a perfect storm.”

She noted the depressed housing supply driven in part by the fallout from the 2007 banking crisis. “During about a five-year period, builders were very hesitant to build,” she said, with that reduced stock rippling up to the market today.

“Increased demand, reduced supply—good-old fashion supply and demand,” she said, “when that happens you start to get a feeding frenzy.” Mann said she has seen houses bought for as much as 15% more than the buyer’s asking price, which in higher-end homes can equal as much as $300,000 above asking.

Charles Tassell, the chief operating officer of the National Real Estate Investors Association, said that the rising age of the millennial generation is flooding more buyers onto the market; both renting and selling decisions, he added, are also contributing to reduced stock.

“On the rental side of the industry,” Tassell said, “there’s a number of people moving out of rental and into purchasing. But rental markets are not seeing a drop in occupancy. One roommate moves out and the remaining roommate takes the second bedroom for an office.”

“A lot of folks who have had single-family rentals, because of regulation and red tape, along with the selling price, they’re selling off single-family rentals to home buyers,” he continued. “And we’re seeing a mixed bag. In some markets it’s great; in others you’re losing out on affordable housing. It’s a balancing act.”

Both Mann and Tassell said low interest rates have been a significant factor in driving the boom. Mann recalled purchasing a house in the 1980s at a rate of 13%.

“Now, here we are after several years of low interest rates,” she said. “Some people would say that’s almost free money.” Current average mortgage rates are hovering around 3%,

Cororaton noted that, even as interest rates begin to rise, other factors will contribute to ongoing demand.

“Mortgage rates have started moving up, so rising mortgage rates will ease demand a bit,” she said. “However, the fiscal stimulus program and the opening up of businesses once most of the population has been vaccinated will boost employment and wages, and this rising income will tend to spill into a demand for housing.”