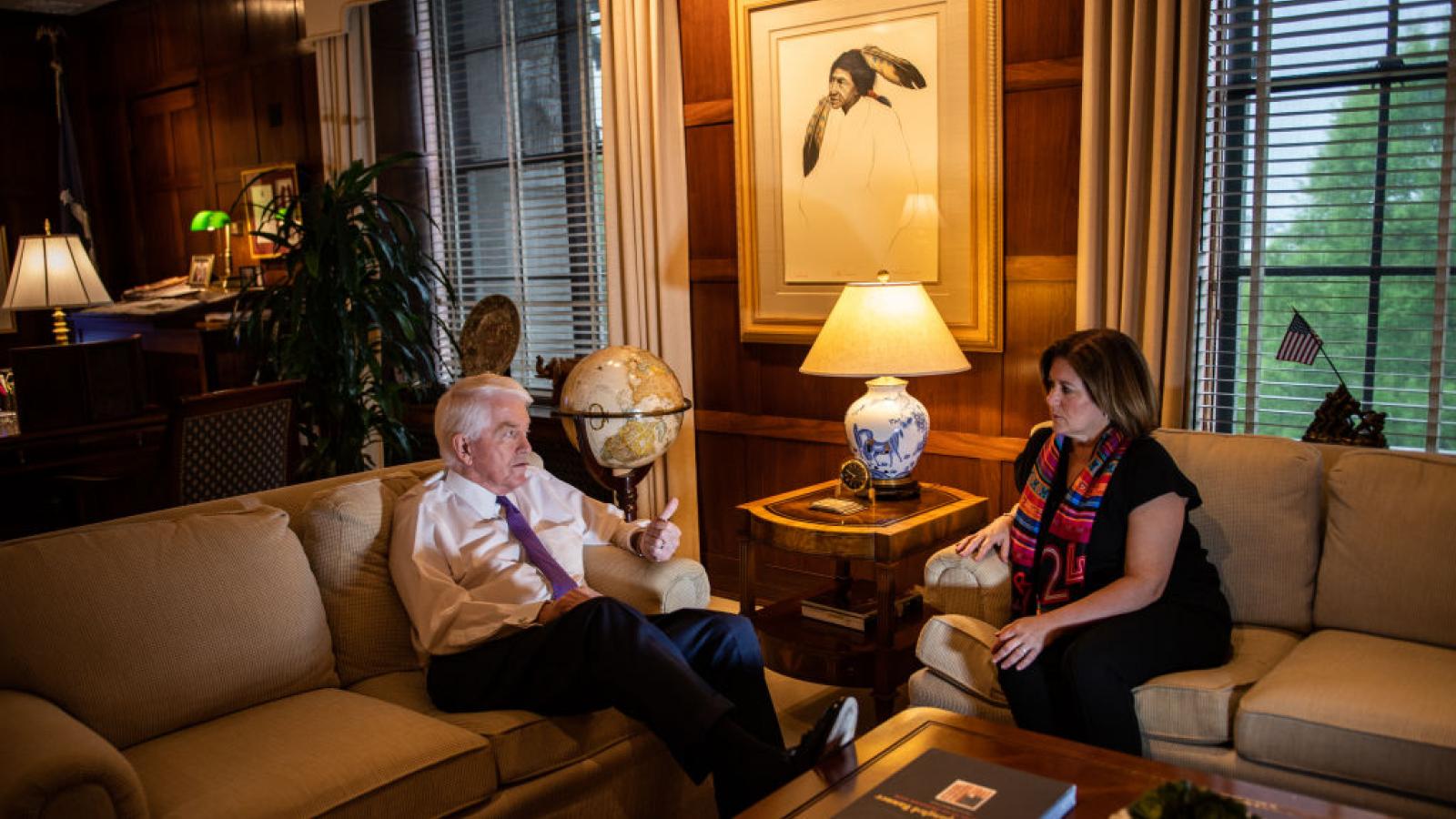 The U.S. Chamber of Commerce has announced that Suzanne Clark will become its next leader, becoming the first woman to lead the influential trade group.

Clark will assume the role of CEO as Tom Donohue, who ran the chamber for nearly a quarter of a century, steps down.

Donohue's exit was initially announced in June of 2019, though it was first told that he would be stepping down in 2022. At the time of the announcement, Clark was promoted from her senior executive vice president role to president of the chamber.

"Suzanne Clark's extensive experience through ever increasing responsibilities during her more than 16 years at the Chamber, combined with her ambitious vision and ongoing work to strengthen the U.S. Chamber of Commerce, make her the resounding choice to lead the organization into the future," read a statement from the chamber Board Chairman Christopher Lofgren.

Clark will become CEO of the group on March 11, when the board of directors meets to confirm her position.

"I am honored to lead the U.S. Chamber at a time when our members need us most. American businesses are dealing with the uncertainty of the pandemic, the challenges of a recession and uneven recovery, stark shifts in government leadership and policy, and near-constant disruptions being driven by rapid technological advancement," Clark said.

The chamber, for the last two decades, has been a K Street lobbying institution – perhaps ascending to its peak power position during the Obama years when it sparred often with the administration's health care and economic recovery policies.

Lately, however, the group has moved left, going so far as to endorse a group of Democratic House incumbents during the 2020 cycle.

The institution has signaled an interested in working with the Biden administration on its $1.9 trillion coronavirus relief proposal, advocating for a bipartisan compromise on the package, as opposed to forcing the bill through with only Democratic votes.