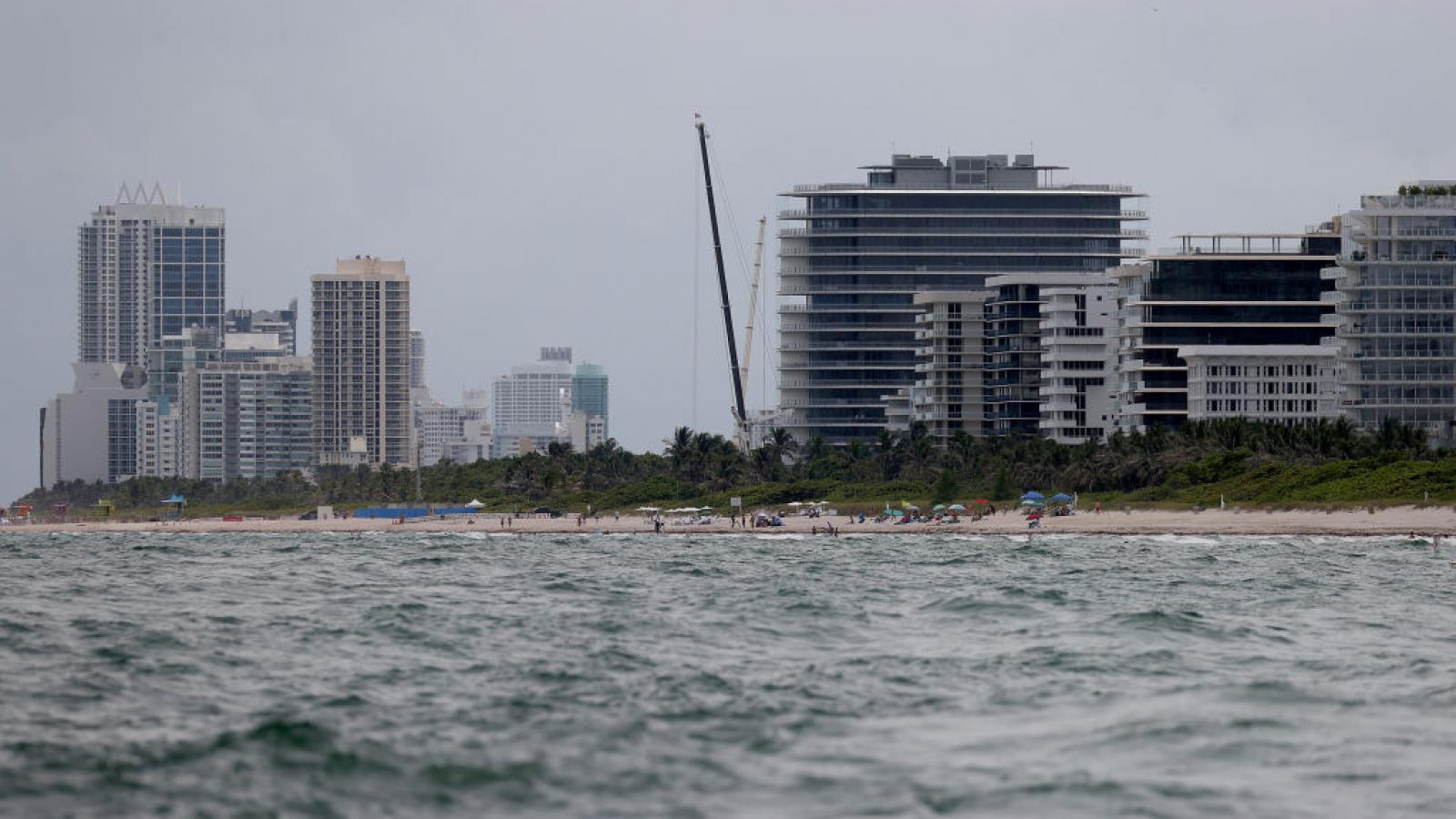 As Tropical Storm Elsa makes its way up the Eastern seaboard Tuesday, Florida is bracing for heavy rains, strong winds and possible tornadoes.

The state's west coast is under a coastal flood advisory, and some businesses and schools have been closed, while residents fill sand bags and tape windows.

GOP Gov. Ron DeSantis expanded a state of emergency to stretch across 26 counties, and President Biden approved an emergency declaration for Florida.

Elsa, which over the weekend became the first Atlantic hurricane of the season but has now weakened back to a tropical storm, whipped through Cuba and the Cayman Islands on Monday, collecting strength and sustained winds of 60 mph.

Beyond the expected damage from the storm, the National Hurricane Center is warning that there is the danger of potentially life-threatening storm surges in parts of Florida on Tuesday night and into Wednesday morning.

Search-and-rescue teams that continue to work at the site of the recently collapsed Surfside condo building are keeping an eye on the approaching storm. The sections of the building that remained standing were demolished on Sunday in preparation for the storm.