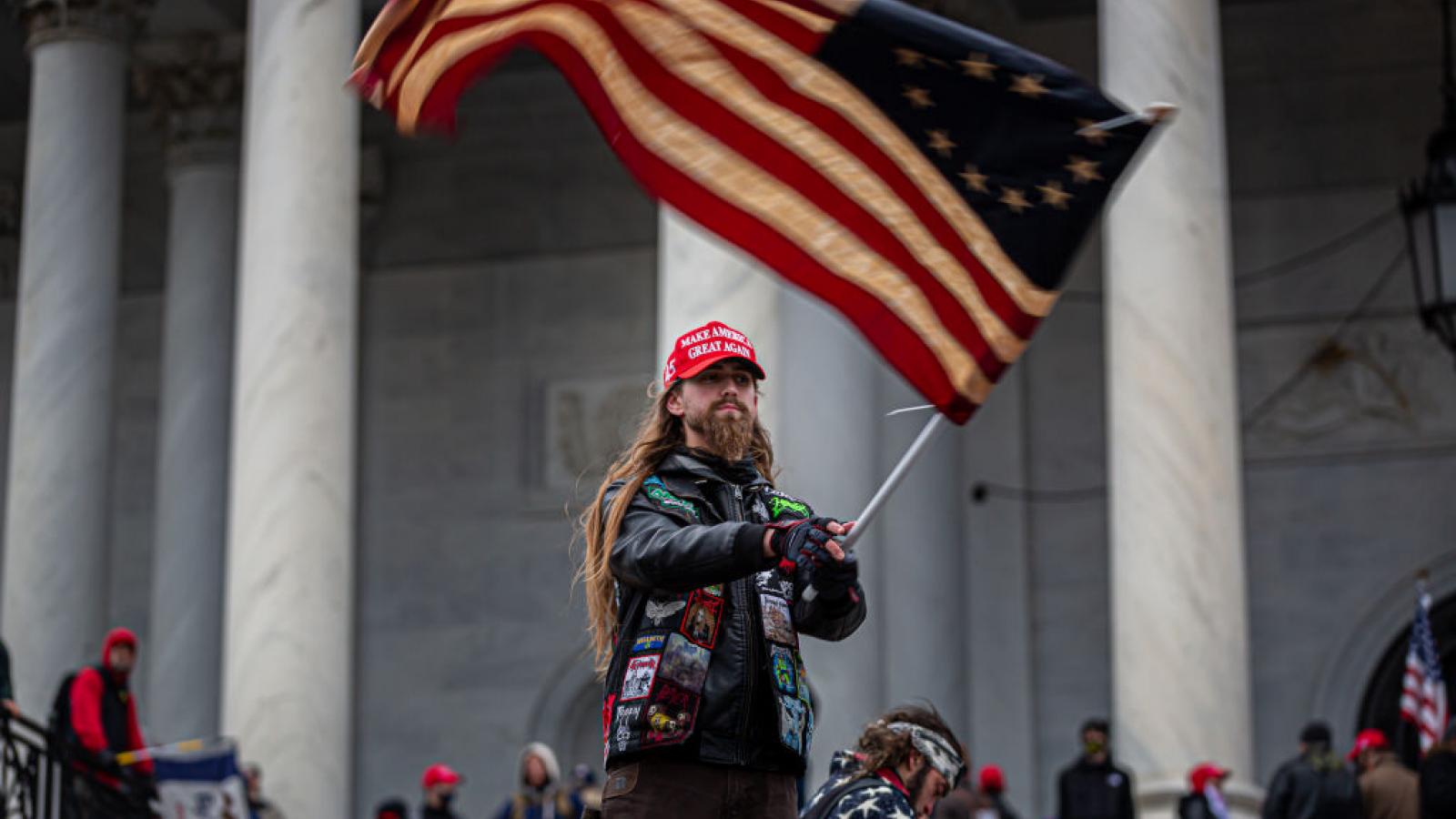 A flag-waving participant in the Capitol demonstration, Jan. 6
(Pacific Press/Getty0
By Just the News staff

The nonprofit Committee to Protect Journalists is calling on the Democrat-controlled House committee investigating the Jan. 6 Capitol riot to drop its subpoena of journalist Amy Harris’s phone records, arguing it violates her constitutional rights.

Harris was informed earlier this month by her telecom provider, Verizon, that it had received a subpoena seeking all communication records associated with her phone number, including text messages and calls, from Nov. 1, 2020, through Jan 31, according to the National Press Photographers Association, a professional advocacy group of which Harris is a member.

The revelation was also included in a lawsuit Harris filed Wednesday.

The committee filed the subpoena to Verizon on Nov. 24, according to the lawsuit.

In Harris’s suit, filed against the committee and Chairman Democratic Rep. Bennie Thompson, she argued that the subpoena violated her rights under the First and Fourth amendments, pertaining to freedom of the press and unlawful searches respectively, as well as the D.C. Shield Law, which protects reporters’ unpublished source material.

During the time included in the subpoena, Harris was covering the Proud Boys, a far-right group whose members are accused of helping to coordinate the riot.

"The U.S. House committee investigating the January 6 riot at the Capitol must respect reporters’ rights to keep their source material confidential, which is a cornerstone of press freedom," says Katherine Jacobsen, a CPJ program coordinator. "Subpoenaing Amy Harris's phone records violates her rights and undermines her ability to work with her sources. The committee's subpoena must be withdrawn."

Verizon said it would comply with the subpoena this week unless it receives a court-order challenging.

CPJ emailed Verizon for comment but did not receive a reply.

Executive Director Akili-Casundria Ramsess told CPJ said the organization "greatly appreciates the crucial mission of the House Select Committee but actions like this subpoena "have a chilling effect upon the core First Amendment values critical to the democratic principles the Committee was established to protect."

Harris’s coverage of protests, politics, and other news events has been published by Rolling Stone, the Associated Press, The New York Times, The Washington Post, National Geographic, and other outlets, according to her personal website.