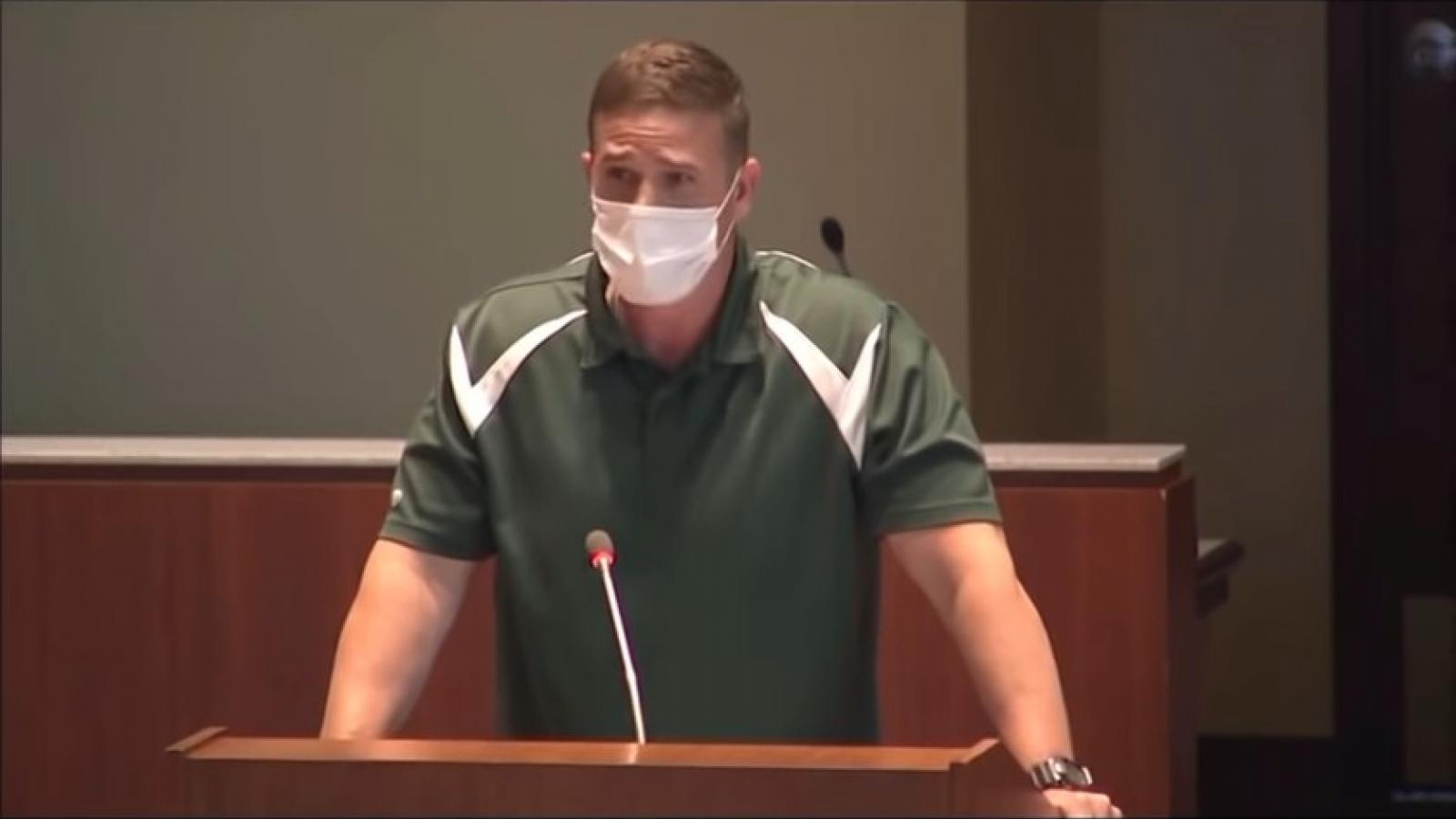 Loudoun County Public Schools failed to convince the Virginia Supreme Court that it had the right to suspend a teacher - and ban him from school board meetings - for publicly speaking against a proposed transgender pronoun mandate.

The high court upheld a circuit court ruling that reinstated Tanner Cross as his free speech lawsuit proceeds against the district. It cited recent First Amendment precedents from both the U.S. Supreme Court and the 6th U.S. Circuit Court of Appeals, which does not have jurisdiction over Virginia federal courts.

"[I]t is settled law that the government may not take adverse employment actions against its employees in reprisal for their exercising their right to speak on matters of public concern," and the district doesn't dispute that Cross was speaking on an "issue of social, political, or other interest to a community," the high court said.

The district and its officials "incorrectly minimize Cross’ interest in making his public comments" at a board meeting. He had a "compelling" interest in sharing his view that the proposed policy, which was later approved, "can harm [children's] physical or mental wellbeing" and that it could "burden his freedoms of expression and religion" by forcing him to address students as the opposite sex.

The defendants have no evidence to support their contention that Cross was suspended based on their "reasonable expectation that parents and students would avoid interacting with Cross to the point he could not fulfill his duties," according to the high court.

The affidavits filed by the principal and superintendent don't claim they tried to remove Cross "because they thought doing so would quell further disruption at Leesburg Elementary," but rather as punishment for a previous "disruption" that the court already deemed unsupported by evidence.

The district's claim that it was acting in the interest of "student wellbeing" also appears to be "pretextual" because it isn't mentioned in the affidavits and because Cross expressed his opposition to the proposed policy "in even stronger terms" in a private email to the school board and superintendent, yet faced no repercussions for that.

"The only disruption the Defendants can point to is that a tiny minority of parents requested that Cross not interact with their children," the high court ruled. "However, the Defendants identify no case in which such a nominal actual or expected disturbance justified restricting speech as constitutionally valued as Cross’ nor have they attempted to explain why immediate suspension and restricted access to further Board meetings was the proportional or rational response to
addressing the concerns of so few parents."

It cited the 6th Circuit's ruling in favor of a public university professor who refused to use his students' preferred gender pronouns. Even a ruling against a teacher who was punished for refusing to use preferred pronouns cautioned that he did not allege he was disciplined for "criticizing or opposing" the policy.

"Persuasive authority thus supports the circuit court’s determination that at least some of Cross’ claims have merit," the high court concluded.

The Alliance Defending Freedom, which is representing Cross and seeking to amend its lawsuit to challenge the now-approved pronoun mandate, called the ruling a "well-reasoned application of the fact to clearly established law." Senior counsel Tyson Langhofer said teachers should not be "silenced for commenting at a public meeting."