In 2001, five putative members of Falun Gong set themselves on fire in Beijing's Tiananmen Square. The documentary 'Ask No Questions' suggests the Chinese government staged that incident to damage the meditation group’s image. 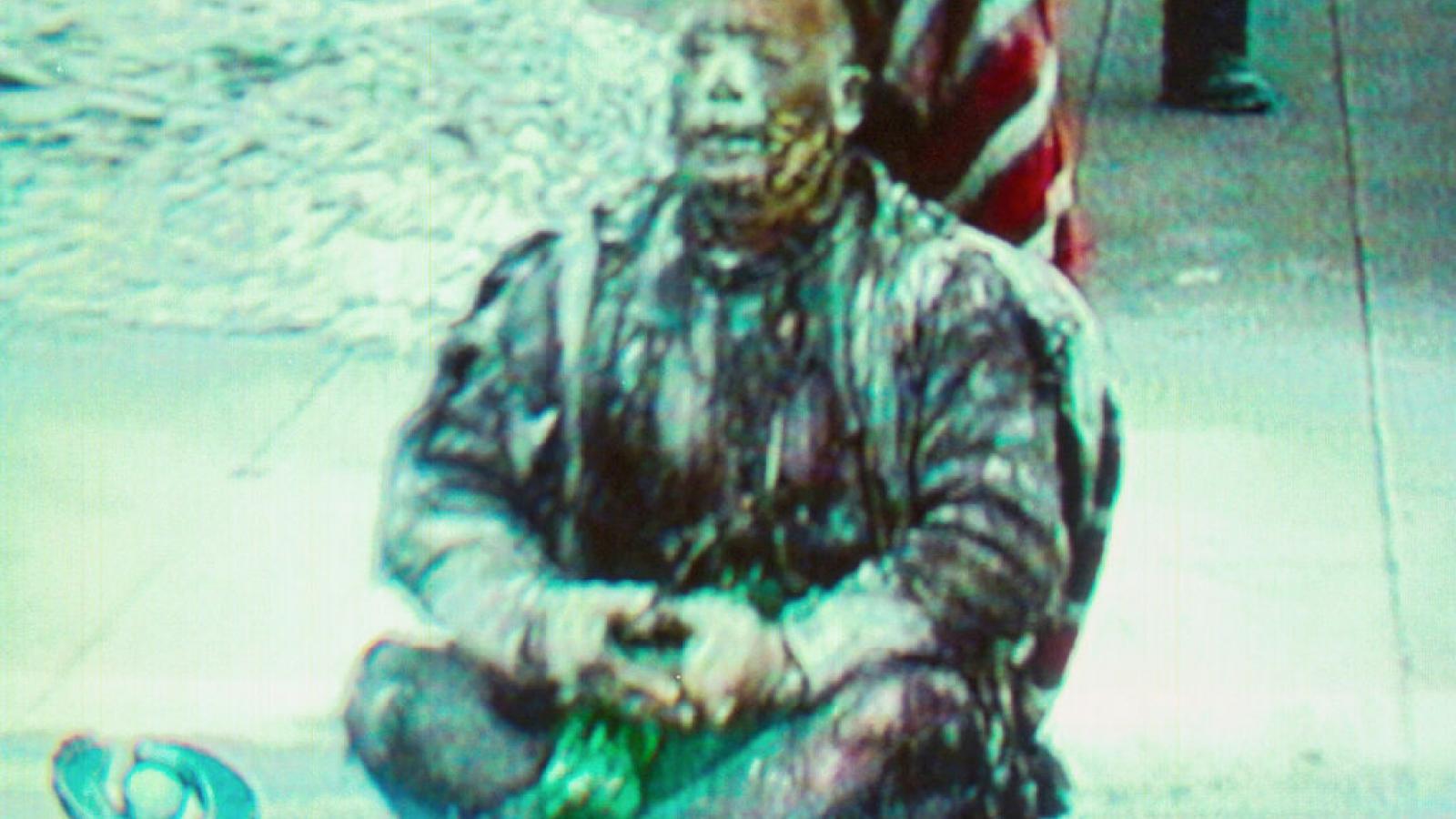 Hollywood stars routinely look the other way as Chinese film censors slice, dice and sometimes block U.S. films from their theaters, even titles with no ties to Chinese government or culture.

Director Jason Loftus knew this but forged ahead with his own film criticizing China’s propaganda efforts, and he says he paid a financial price for it.

"Ask No Questions," which premiered at Slamdance in January and is now available via Video on Demand services, probes an international incident involving the spiritual movement known as Falun Gong.

In 2001, five putative members of Falun Gong set themselves on fire in Tiananmen Square in Beijing. The documentary, co-directed by Eric Pedicelli, investigates that incident, suggesting the Chinese government staged it to damage the meditation group’s image within the country and the world at large.

"You come to realize this was not a passing news story," Loftus says. "It's defined how the Chinese public sees Falun Gong."

The film introduces us to a Chinese state TV insider who thinks he knows the truth behind the self-immolation incident. He’s joined by a CNN reporter, on the scene during the tragedy, who similarly questions the government narrative.

Loftus, a Falun Gong practitioner himself, says the incident was "something so at odds with what I’d experience with Falun Gong."

"If [the self-immolation] wasn’t as the Chinese government said it was, why would they do that? It's a very difficult thing to explain," Lotfus says.

When Loftus heard what the insider endured, including brainwashing methods the director compared to the dystopian film "A Clockwork Orange," he knew he had to tackle the matter in a documentary format.

"If someone's willing to go through that to have their story told, it sparked a desire for me to pursue the story more," he says.

"I'm a filmmaker, and I also produce TV series and video games," he says. "I sell products to China. You'd be naive to not think there’s the potential for something if you tell these kinds of stories."

Chinese authorities contacted his business associates at Tencent, a Chinese tech giant and game manufacturer. Loftus produced a video game featuring the voice of actress Kristen Kreuk of "Smallville" fame. His company even hired voice actors to dub the game into Mandarin.

He submitted the game to two different ministries in the Chinese government for what he calls a "censorship review." They recommended minor changes, which were accommodated, and he earned a certification for the game.

A couple of weeks after the game’s release in 2018, the title "disappeared from storefronts" in China. He also learned his company's presence "on a major U.S. gaming storefront [Steam] was now being censored in China," he says, adding that the mobile deal struck for the game's release also got pulled.

"We thought something was awry. We started recording our phone calls," Loftus says, adding his business representatives asked him if he had crossed a line with the Chinese government.

He also received a message from "a video game player from the People’s Republic of China" which Loftus interpreted as a "warning."

The interference didn’t stop there, he says.

"My wife has family members in China who were contacted by the Public Security Bureau. The message was clear. 'We know what you’re up to.'"

The vague threat came with a purpose, he says.

"You're never told exactly what you've done wrong," he says, saying such a tactic promotes self-censorship. "People who self-censor out of fear of repercussions … those threats are real."

Making "Ask No Questions" gave Loftus a unique lens through which to view Hollywood's complicated but fiscally rewarding ties to China.

"I've lived both sides with this one project," he says. "You can talk about things, but the threats are real."

The film and its aftermath also gave him fresh insights into Hollywood's virtual silence on some of China’s human rights abuses, from its treatment of Falun Gong to reported abuse of Muslim minorities and ethnic Kazaks.

This week the U.S. announced Chinese sanctions in connection to those human rights abuses.

"The United States will not stand idly by as the CCP carries out human rights abuses targeting Uyghurs, ethnic Kazakhs, and members of other minority groups in Xinjiang," Secretary of State Mike Pompeo said in a statement, referring to the Chinese Communist Party.

Pompeo compared the situation on the ground in China, where more than one million Muslim Uyghurs have been detained, to the Holocaust.

"What you don't say is often just as bad as what you do," Loftus says of Hollywood's indifference to China's human rights abuses. "If they buy your silence, what are you helping cover up? We don't put enough thought into what we don't do or don't say. We normalize it. We justify it: 'Oh, the Chinese want to save face.' Chinese people are risking their own safety to speak out. Those are the people I think of …"

His film's release comes at a time when censorship, in the form of Cancel Culture, is taking root in the United States.

Loftus, a Canadian, worries about its impact on Western culture.

"I understand the good intentions of not offending people," he says. "It's good to treat people with kindness. At the same time we need to be able to debate issues and have different opinions without removing ideas and opinions from the discourse."

For an example of what can happen where open debate is forbidden, one need look no farther than China.

"They're only allowed one voice," he says. "When there's that much power in authoritarian hands, what events happened and didn't happen, there's only one answer to all those things, it has such major consequences.”

"Ask No Questions" earned a slot at Slamdance and was set to play at other festivals in the U.S. before the coronavirus lockdowns. He says the film has received a warm response, but is also aware that some potential partners in the industry may find the film's topic a barrier.

"You don't hear back from some," he says. "Is it the subject matter? China wields a lot of influence. No way of knowing what kind of calculations went into it."

Loftus' film earned an endorsement from Chinese artist-activist Ai Weiwei. The artist's confrontations with the Chinese government — some of which were captured in the 2012 film "Ai Weiwei: Never Sorry" — are legendary.

"Darkness must be exposed, and 'Ask No Questions' can play a valuable role," Ai said in a statement on the film’s behalf.