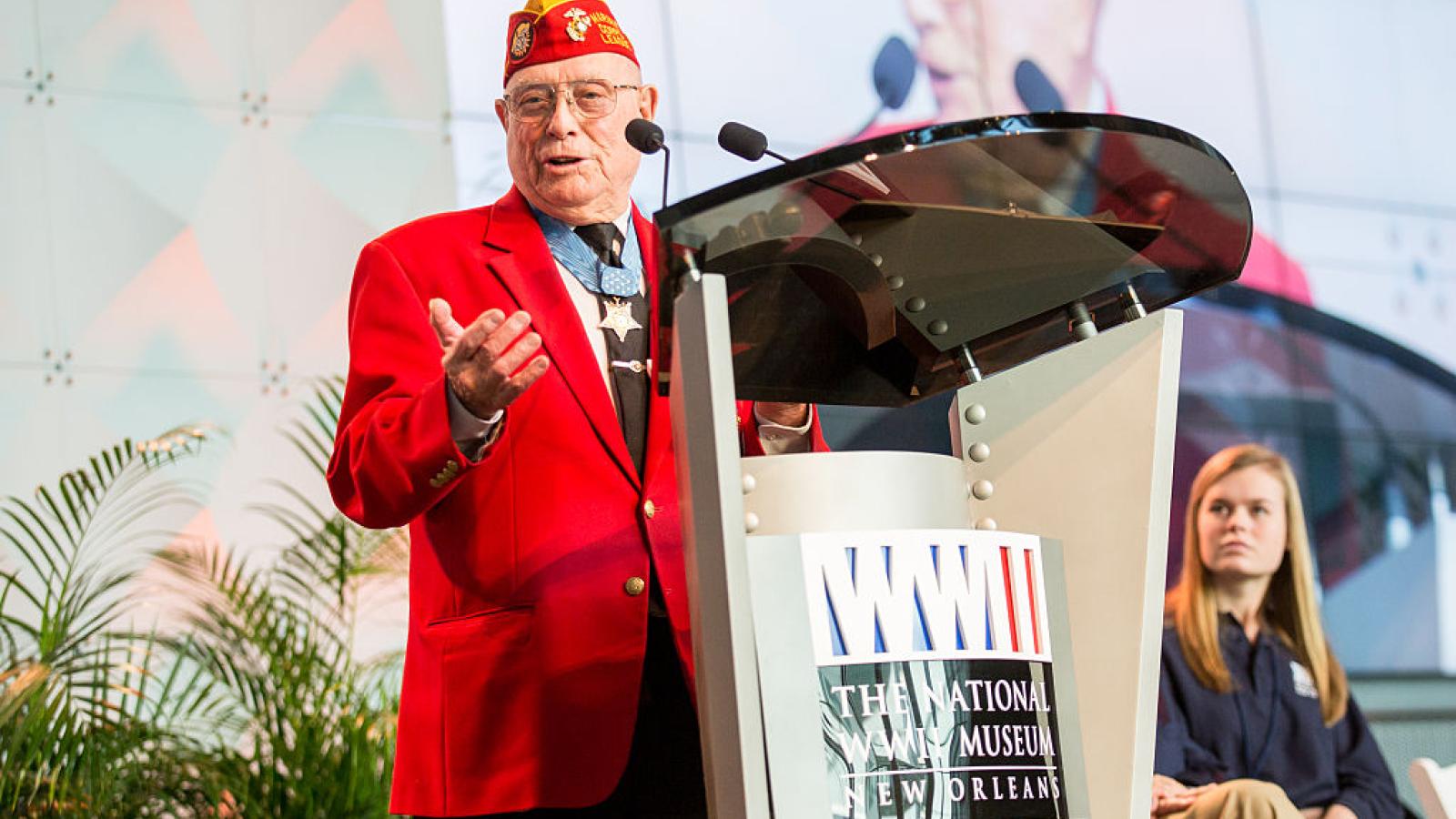 Hershel W. "Woody" Williams," the last of fewer than 500 soldiers awarded the Medal of Honor during World War II, died on Wednesday. He was 98.

Williams was awarded the distinguished medal for service during the Battle of Iwo Jima in February 1945, during which he took out several Japanese machine gun nests.

Born in 1924, Williams was 22 when awarded the medal. Several years ago described receiving it as a "lifesaver," as it "forced me to talk about the experiences that I had, which was a therapy that I didn’t even know I was doing."

The sodlier served in the Marines for 20 years subsequent to World War II, eventually working for the remainder of his professional life at the Veterans Administration.

West Virginia Gov. Jim Justice on Wednesday said Williams would "go down in history" in his home state as "one of the greatest West Virginians who ever lived."

"[W]e salute him for everything he gave to our state and our nation," Justice said.