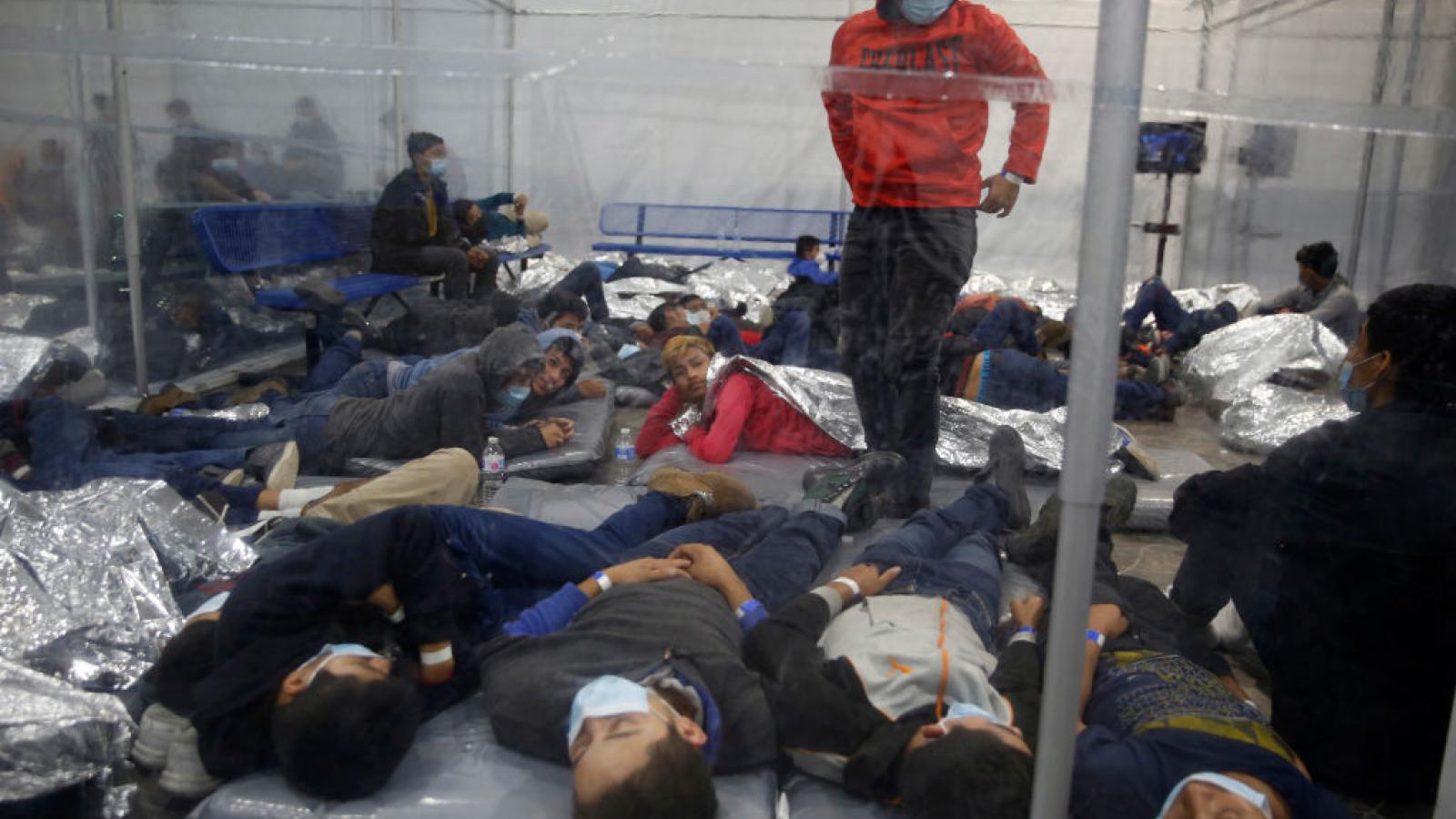 Children in a pod at DHS facility in Donna, Texas on March 30, 2021
(Dario Lopez-Mills - Pool/Getty Images)
By Alex Nitzberg

As the U.S. faces an influx of migrants along its southern border, reporters on Tuesday were finally granted access inside a Donna, Texas facility containing 4,100 migrants.

Fox News reported that 3,400 of the migrants are unaccompanied minors, and while children are provided face masks many do not use them.

The press pool was informed that more than 500 Border Patrol agents are working there. Operating the facility should cost $6 million monthly but officials said it runs $16 million, the outlet noted.

"The Department of Homeland Security turned over 600 unaccompanied children to HHS on Monday and will have 270 migrants leave on Tuesday," Fox News reported.

The outlet noted that in McAllen, Texas U.S. Border Patrol Deputy Chief Raul Ortiz said that he "fully expects" Border Patrol to encounter in excess of one million migrants this year.