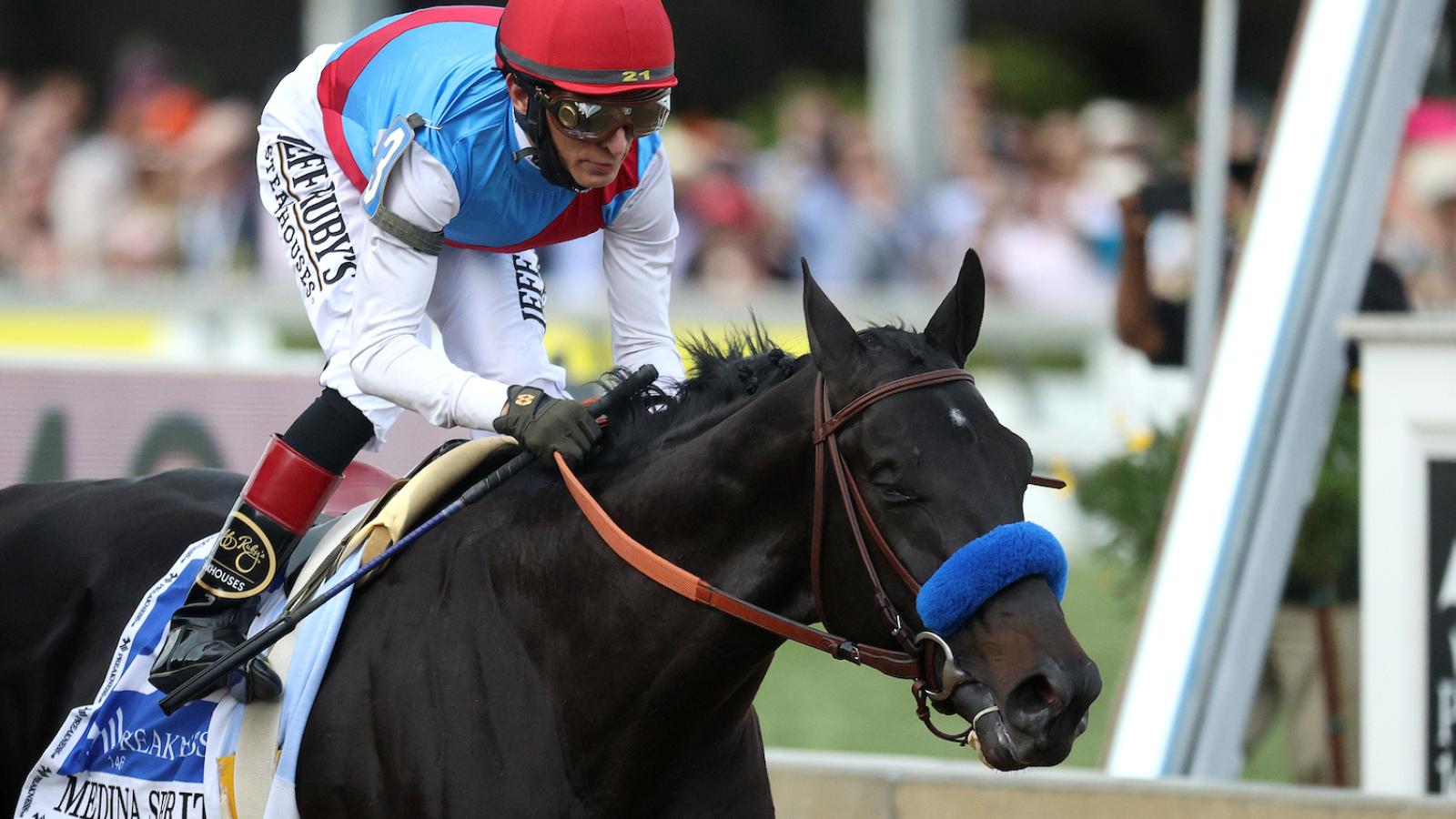 Medina Spirit has been officially stripped of the 2021 Kentucky Derby win after the horse tested positive for a steroid after the race in May.

The Kentucky Horse Racing Commission Stewards issued a ruling Monday stating that the now-deceased horse is disqualified from the race and all "purse money" must be forfeited.

The stewards also suspended trainer Bob Baffert for 90 days starting March 8 and fined him $7,500. Baffert had previously been suspended by the New York Racing Association and Churchill Downs.

Blood taken from Medina Spirit on May 1, 2021, during a post-race drug test showed positive for the steroid betamethasone.

The drug is legal in Kentucky but not on race day.

Mandaloun will now be considered the official winner.

According to Horse Racing Nation, Mandaloun won the 1.25 mile race in just over 2 minutes, but Medina Spirit made it to the finish line just a fraction of a second earlier.

The Kentucky Derby issued a statement Monday stating that Churchill Downs recognizes Mandaloun as the winner of the 147th Kentucky Derby.

"Winning the Kentucky Derby is one of the most exciting achievements in sports and we look forward to celebrating Mandaloun on a future date in a way that is fitting of this rare distinction," the derby stated.