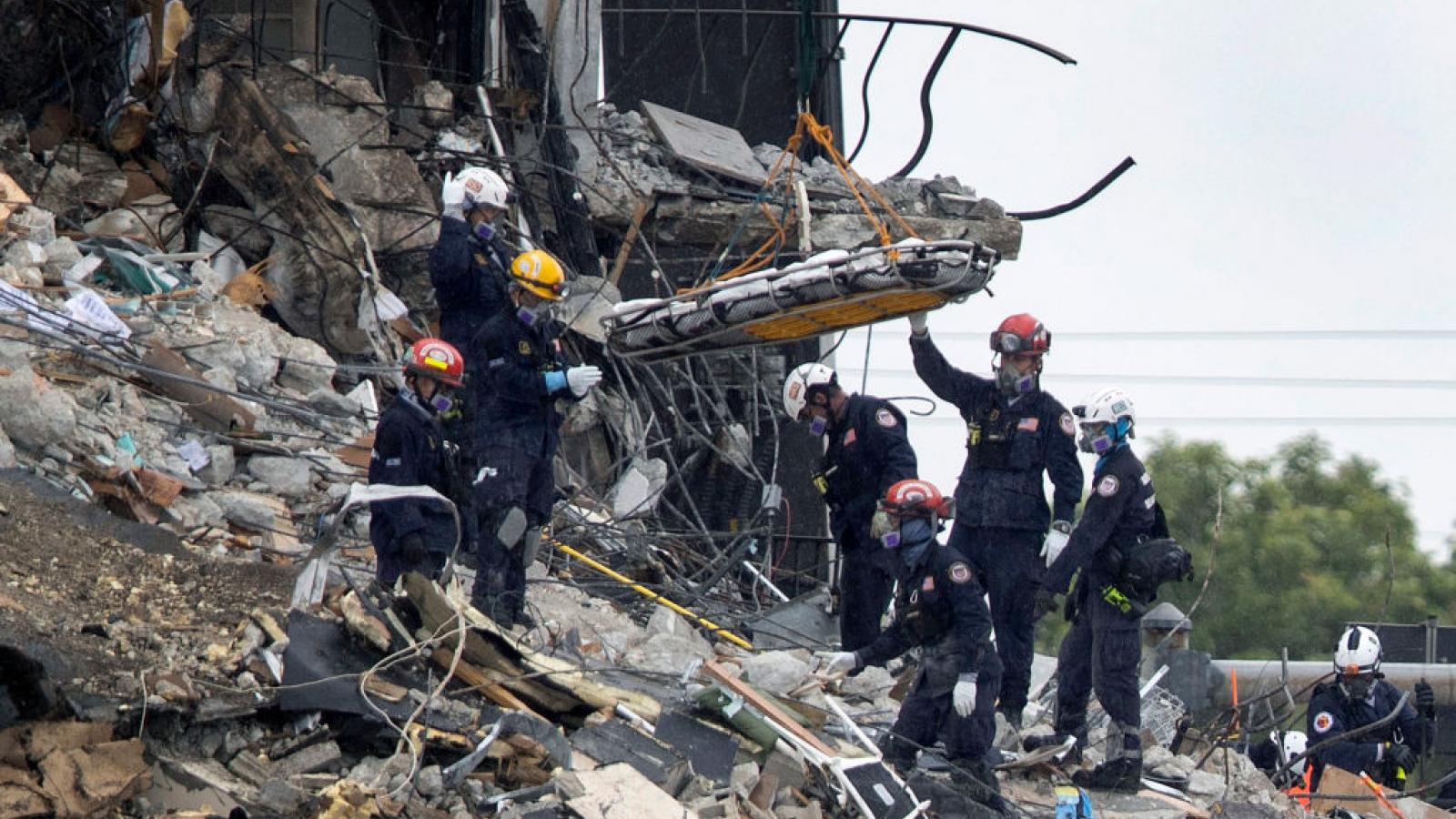 Workers found 18 more victims of the collapsed condominium in Surfside, Florida Wednesday, the most found in a single day since the 10-story building collapsed more than a week ago. Search and rescue crews have also reportedly given up hope of finding survivors.

"Today after all the facts and all the factors, we’ve decided based on everything that’s been given to us, that there are no live victims," Miami-Dade Assistant Fire Chief Raide Jadallah said Wednesday, according to The Washington Post.

The news Wednesday brings the total death toll to 54, leaving nearly 100 people still unaccounted for. Jadallah told the families of those living in the condo at the time of the collapse that they would stop using rescue dogs and listening devices to search for survivors and will transition to searching for remains.

"Our sole responsibility at this point is to bring closure," he said, according to the Associated Press.

Jadallah called the collapse a "pancake collapse" and said that in other types of collapses, people are provided with pockets and livable spaces they can stay in until they are rescued, whereas this collapse did not.