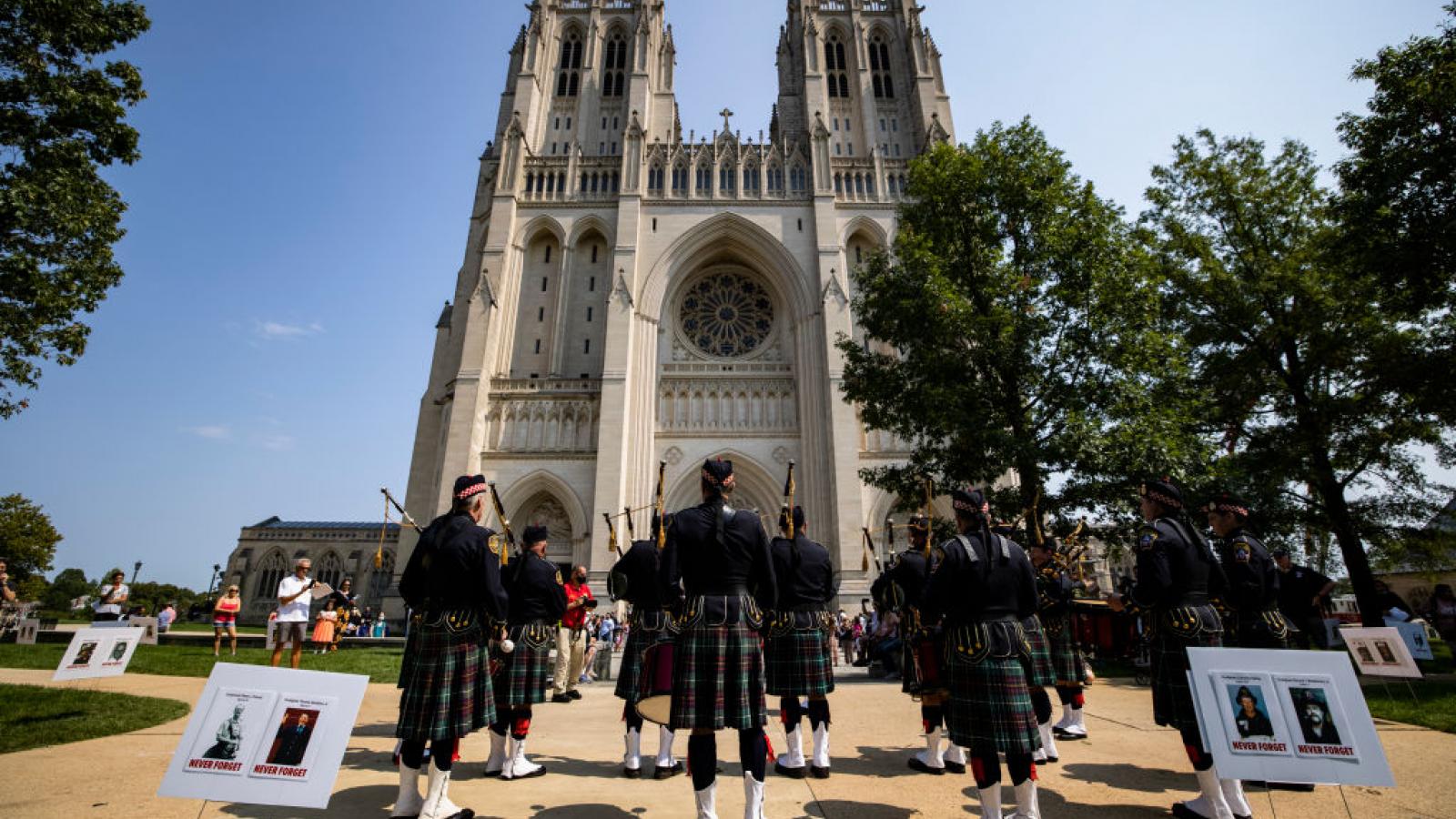 D.C. Fire Department Pipes and Drums Corps stand outside the Washington National Cathedral to honor those who died on Sept. 11, 2001
Getty Images
By Colton Salaz

Washington National Cathedral announced Thursday that it would be replacing a set of stained glass windows with new designs featuring themes of racial justice.

According to Reuters, the new windows will replace a set with Confederate-themed imagery that were removed in 2017.

The cathedral said in a statement that the four windows will tell "a new and more complete" story of the nation's racial history.  There will also be a poem by Elizabeth Alexander inscribed in stone tablets alongside the windows. Alexander’s poem will cover up older inscriptions that venerated the lives of Confederate soldiers.

This announcement comes just a day after Virginia unveiled its plan to erect a statue commemorating the end of slavery on the spot where a statue of Confederate Gen. Robert E. Lee once stood.

New windows created by artist Kerry James Marshall, a black American man, will aim "to share a new and more complete story, to tell the truth about our past and to lift up who we aspire to be as a nation," the Rev. Randolph Marshall Hollerith, dean of the cathedral, said.

The racial justice-themed windows are expected to be completed and installed sometime in 2023.