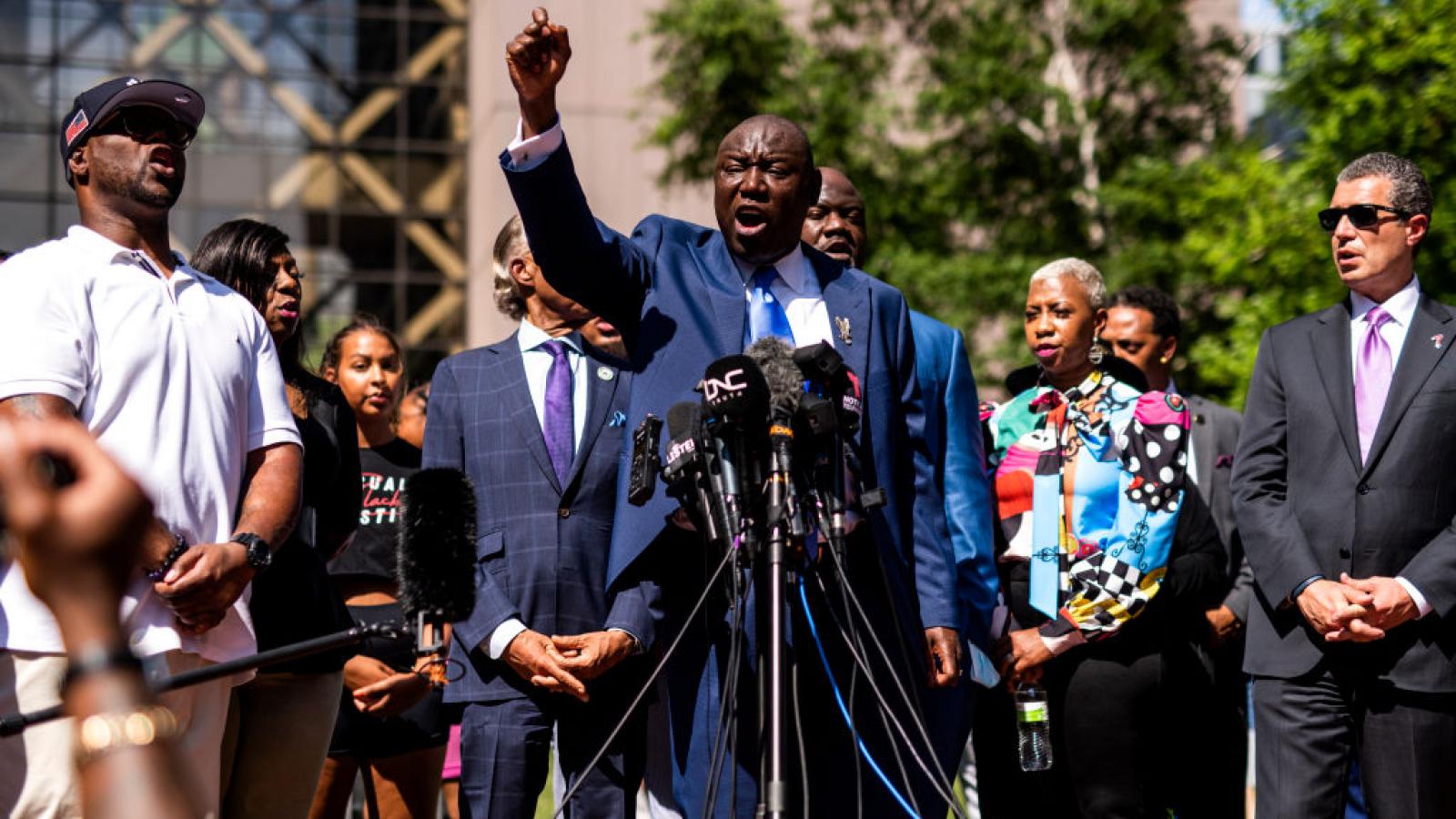 ttorney Ben Crump (C) joins the family of George Floyd for a press conference outside the Hennepin County Government Center after the sentencing of Derek Chauvin on June 25, 2021 in Minneapolis, Minnesota
(Stephen Maturen / Getty Images)
By Sophie Mann

A mural of George Floyd in Toledo, Ohio, collapsed Tuesday. It remains unclear whether it was struck by lightning or the building had structural issues that caused the collapse.

Toledo-area police say the mural crumbled at about 5 p.m. on Tuesday. It was attached to a building that used to be a bar. Local weather reports indicated a lightning strike occurred on the block about 30 minutes before the mural crumbled.

One witness reported seeing lightning hit the building prior to the collapse. But city building inspector Hugh Koogan said the deterioration appeared to be natural.

"It was just age," he said. "It just came away. It happens to older buildings."

The artist responsible for the mural, David Ross, says he has plans to rebuild the work in a new location.