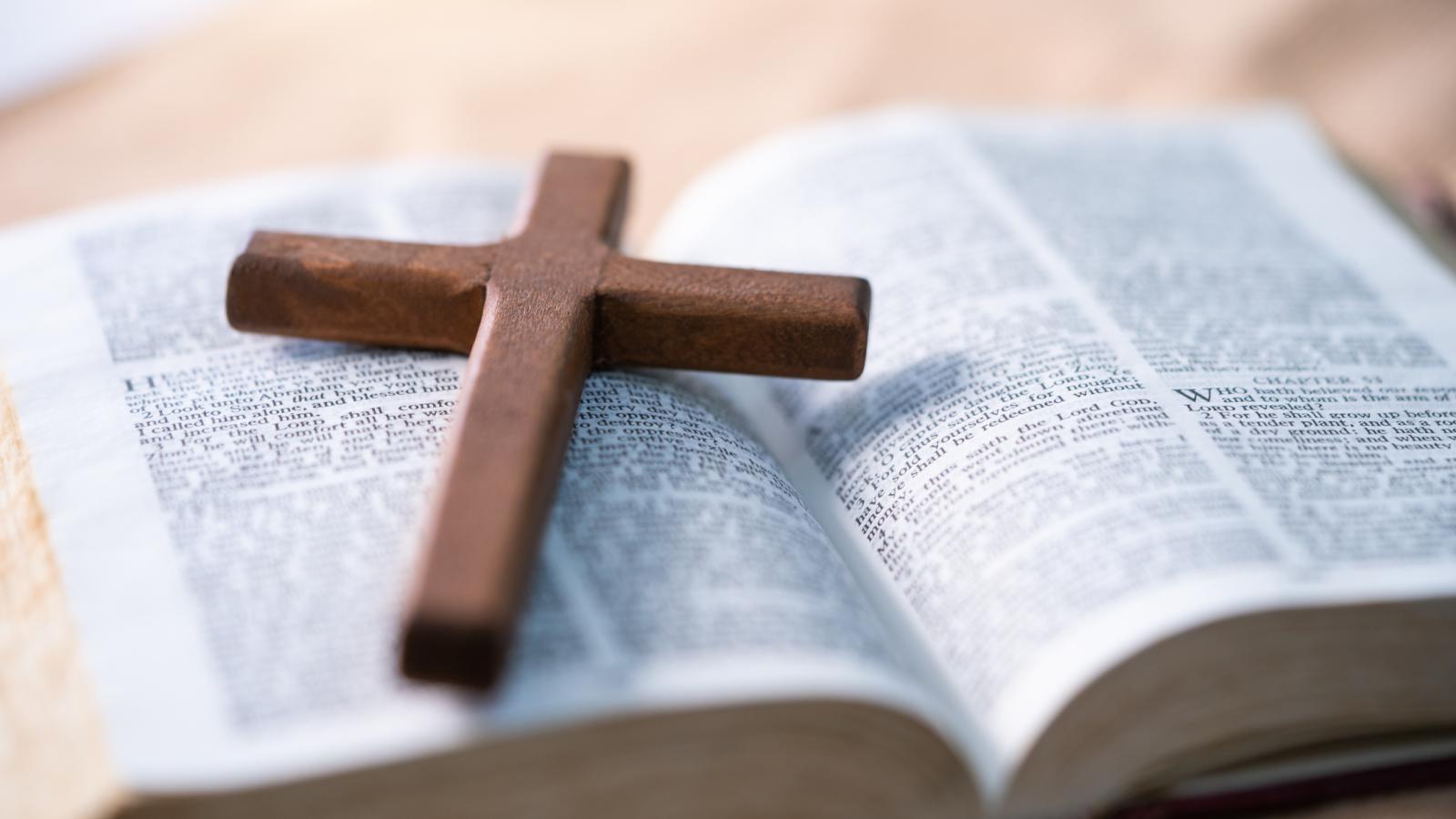 The cross is placed on the Bible.
(manusapon kasosod / Getty Images)
By Madeleine Hubbard

Fewer Americans than ever say that they believe that the Bible should be taken literally, while a record number of Americans now say they view the holy book as a compilation of "fables, legends, history and moral precepts recorded by man," according to a Gallup poll.

One in five Americans surveyed said the Bible is the "actual word of God, to be taken literally," about half off from the high point in 1984. The survey also shows that as fewer Americans are ranking religion as "very important," the number of those who believe the Bible came directly from God decreases.

At the lowest point in 1980, just 10% of Americans said they viewed the Bible as fables recorded by man. That number has nearly tripled to 29%, according to the Gallup survey released Wednesday.

For the past three decades, the percentage of Americans who said the Bible is "inspired by God, but not all to be taken literally" has stayed above 45%, ultimately sitting at 49% in the most recent survey.

Republicans were far more likely than Democrats to express faith.

More than one-third of Republicans surveyed (34%) said the Bible is the literal word of God, while 12% of Democrats agreed.

On the other hand, 39% of Democrats responded that the "Bible is an ancient book of fables, legends, history, and moral precepts recorded by man," while 12% of Republicans agreed.

The poll comes just weeks after another Gallup poll showed that Americans' belief in God dropped to an all-time low of 81%.