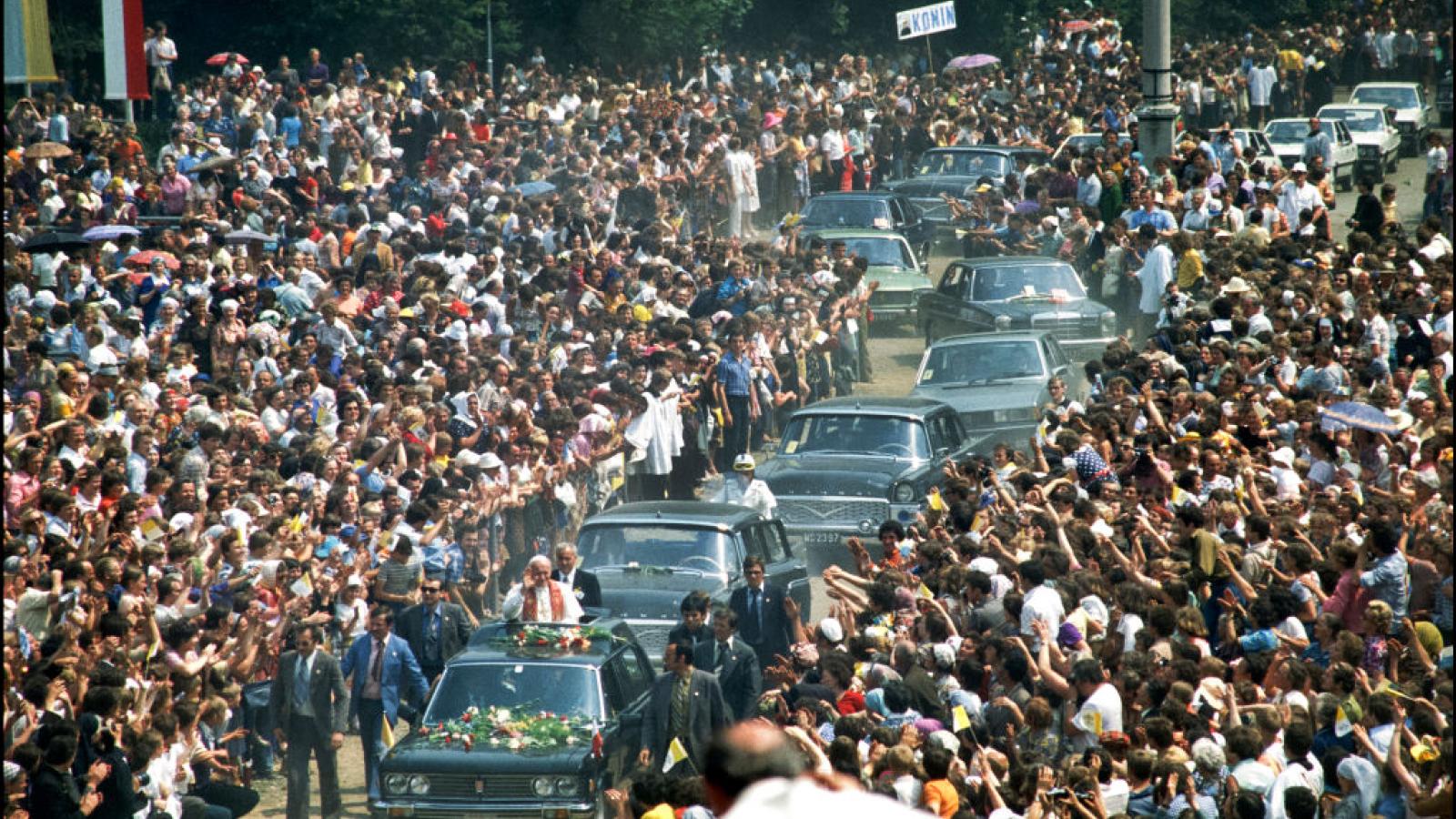 Attempts by European Union officials to ban the word Christmas and Western traditional language ahead of the Christmas season continue to backfire, with Pope Francis likening their efforts to communist and Nazi dictatorships.

But it's not the first time a Roman Catholic pope weighed in on Christmas or communism. A predecessor, Pope John Paul II, helped defeat communism in Poland.

The EU Commission for Equality recently published a guidance recommending that officials not use language that might be offensive to minorities. Several of the proposed "banned" words, including "Christmas" and "Christianity," were specifically recommended to be eliminated ahead of the Christmas season.

Initially, the Vatican's Secretary of State, Cardinal Petro Parolin, criticized the report, saying it went "against reality" and downplayed Europe's Christian roots. In response, the commission said it was "working on a revised version of the guidelines," still not ready to scrap them altogether.

But now Pope Francis has weighed in, which may result in the guidelines never seeing the light of day.

"In history many, many dictatorships have tried to do this kind of thing," Pope Francis said Monday, according to a transcript of his comments. "Think of Napoleon. ... Think of the Nazi dictatorship, the communist one. It is something that throughout history hasn't worked."

Born Karol Jozef Wojtyla, Pope John Paul II became one of the most significant leaders to the Polish people, awakening a nation that had lived under both Nazi and communist occupation.

After the Soviets ousted the Germans from Poland in 1945, they, working through their local puppets, engineered the systematic replacement of Polish culture with communist ideology. Under communism, then-Archbishop Wojtyla watched as the new regime first sought to eliminate any aspect of the Catholic faith. Communist officials demolished churches and destroyed or removed all crosses from public and private property. They also took private land and assigned Poles to housing and jobs regardless if they wanted them or not.

Under communism, Santa, or St. Nicholas, was replaced with "Did Moroz," Grandfather Frost. The Stalinist version of Santa also wore red and had a long white beard. Like his traditional prototype, he also delivered gifts to children — but only on New Year's Eve, not Christmas Eve. Christmas trees were mostly banned under communist rule, but New Year's trees weren't. Communism sought to eliminate traditions celebrated during a religious holiday by secularizing them as a New Year's celebration.

Over the next 40 years, the Poles witnessed their loved ones disappearing, experienced death threats, were imprisoned for months or years, survived food shortages, and fought feelings of hopelessness and the sense that they were prisoners in their own homes.

In October 1978, when labor strikes erupted in Poland, Wojtyla became the first Polish pope of the Roman Catholic Church and moved to Italy. Within nine months of becoming pope, one of his first acts was to return to Poland.

In June 1979, he told his people, "Do not be afraid," because he knew they were. He reminded them that their identity was rooted in their faith, not in communism.

He was also the first pope to visit Auschwitz, where he affirmed the dignity of the Jewish people, and all people. He had lived in Krakow for 37 years, grew up with Jewish friends, and witnessed what happened to his country, his friends and his neighbors.

Not far from Krakow, acres of farmland became the central location for the Nazi extermination camps, Auschwitz I and II and Birkenau. Over one million people were transported there from all over Europe, primarily Jews, as well as academics, non-conformists, Gypsies and others.

Despite the phrase above the entranceway, "Arbeit Macht Frei" (Work will set you free), the majority of those who entered were tortured, experimented on, starved, and incinerated.

The pope also challenged atheism as a political system during his visit.

Knowing his influence, Poland's communist dictator, Edvard Gierek, sought to silence him. He implemented a large-scale "security operation" involving tens of thousands of communist police officers in Krakow alone, including thousands of undercover agents. He also directed the media not to show the crowds of people who turned out for the pope, attempting to prevent the world from seeing his influence. But his efforts were in vain, as the pope's message — and images of the crowd — reached the world beyond the Iron Curtain.

On June 4, 1979, Pope John Paul II's message in Victory Square and the crowd's cheers were also seen and heard in Moscow. In his message, he openly challenged the communist regime, proclaiming that Poland has a right to its own culture and civilization.

He also reminded the Poles of their unique identity, proclaiming: "The church brought Christ to Poland. He is the key to understanding the great and basic reality that is man. Therefore, Christ cannot be kept out of the history of man in any part of the world."

In response, the crowd clapped for 14 minutes. They also sang a popular hymn, chanting the phrase, "We want God."

The pope's inspiration sparked an underground movement. By 1980, millions were joining what became the Polish Solidarity Movement. Their desire for liberation was unstoppable, and their independence from communist became reality in 1989.

Despite EU officials' attempts to thwart Christmas celebrations this year or reinstate harsh lockdowns, many Poles and Europeans are boldly celebrating Christmas, and putting out cookies for Santa on Christmas Eve.