400 years after first Thanksgiving feast was celebrated by dissenters seeking freedom of conscience in the New World, military is denying exemptions from COVID-19 vaccine mandate for those with religious objections.

The Pentagon is denying religious exemptions from its COVID-19 vaccine mandate for those in the U.S. military who swore to defend the very freedoms they are being denied, attorneys for the dissenters argue.

This continues as Americans celebrate the 400-year anniversary of Thanksgiving, a feast day first celebrated by Puritan separatists, American Indians and settlers in 1621 in Plymouth, Massachusetts.

When the Pilgrims left England and Holland in 1620, no religious freedom existed. King James I of England had decreed that it was illegal for anyone to worship, even outside, other than in the Church of England. Those who didn't comply, were arrested, jailed or killed.

English separatists, or Pilgrims, as they came to be known, sought a better life in Virginia, where they hoped to be able to worship freely. But their ship steered off course after a number of setbacks, and they ended up in Massachusetts. They were unprepared for a bitter winter, with many dying on board before they ever reached the shore.

En route to the New World, they signed the Mayflower Compact, named after the ship on which they sailed, which established an entirely new concept of self-governance — laws made for the people by the people.

The social compact they established is believed to have helped form the tenets of the U.S. Constitution, many state constitutions, and the First Amendment, which protects religious freedom.

Now 400 years later, religious freedom hangs in the balance for those in the U.S. military who swore an oath to defend the Constitution, which protects the freedoms they are being denied, argues Liberty Counsel, a religious freedom legal aid organization.

Representing federal workers and members of the U.S. military in multiple lawsuits, Liberty Counsel argues that religious freedom "means more than the 'freedom to worship' at a synagogue, church, or mosque."

It means "government cannot force people to go against their core values and beliefs. Religious freedom protects people's right to live, speak, and act according to their beliefs peacefully and publicly."

In one of its class action lawsuits filed against the Biden administration, Liberty Counsel argues that its clients in the military hold sincere religious beliefs against the COVID-19 shots, and don't want "to participate directly or indirectly or otherwise be associated with the destruction of human life through abortion by injecting a product that contains or was tested or developed with aborted fetal cell lines." Their clients submitted religious accommodation requests and were told no religious exemptions were being given.

On Oct. 29, U.S. District Judge Steven Merryday ordered the Pentagon to explain how service members could apply for religious exemptions to the COVID-19 vaccine mandate, in addition to requesting other information.

The reports filed by the military so far reveal that not one of the 16,643 requests for religious accommodation across all branches of the military have been granted and hundreds have been denied at the first stage.

Liberty Counsel has asked the court to block the vaccine mandate, arguing it violates the Religious Freedom Restoration Act of 1993 and the First Amendment.

"The secretary is pleased by the level of effort that the military departments have taken to enact this mandatory vaccine regimen," Pentagon Press Secretary John Kirby told reporters earlier this month. "He's not unmindful of the fact that in each of the military departments there are some members who are declining, refusing to take the vaccine, some that are applying for the exemptions, some exemptions that are being granted."

Judge Merryday most recently ordered each branch of the military to follow certain instructions by certain dates starting in January, while also finding that the military plaintiffs' claim that the accommodation process is a ruse, is "quite plausible."

He also emphasized the "importance of a person's right to religious liberty, protected in the Free Exercise Clause of the First Amendment to the Constitution and the explicit implementing commands of RFRA ..."

"We have so much to be thankful for in America, and the Founders wanted to make sure future generations never forget the blessings of freedom," Staver said. 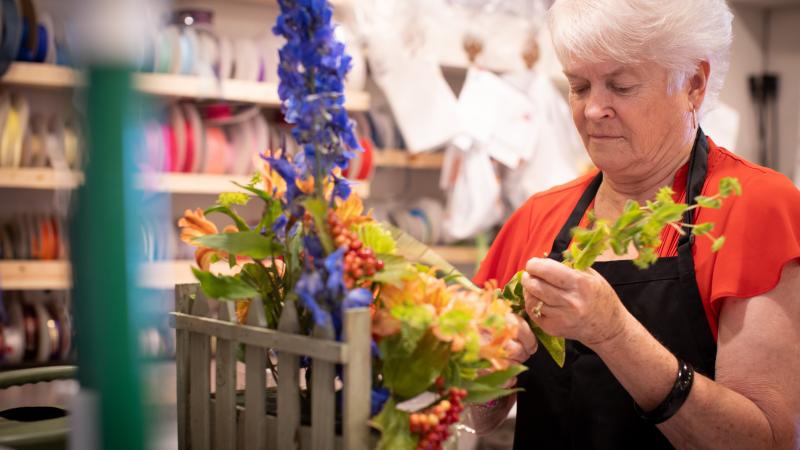