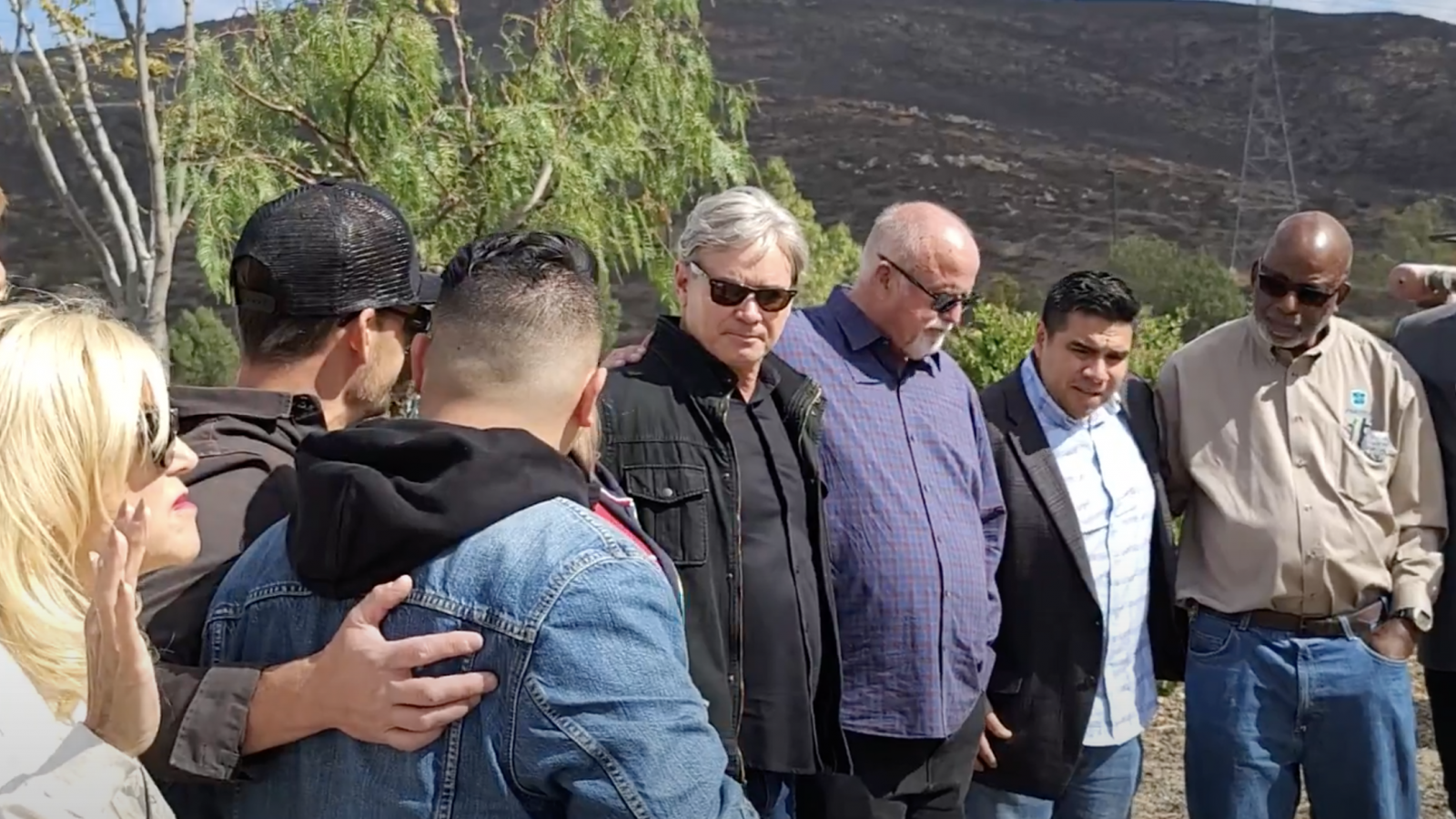 Faith leaders from Southern California met near the border wall in San Diego at the Otay Mesa ICE Detention Center on Saturday to raise awareness about surging illegal immigration and human trafficking under the relaxed border security policies of the Biden administration.

While some have been to the border wall before, those who gathered on Saturday met with law enforcement at the detention center where those entering the U.S. illegally are processed. The faith leaders prayed for those impacted by illegal immigration, including those being trafficked and exploited, as well as the Border Patrol agents tasked with protecting them and enforcing the law.

Human trafficking is an estimated $150 billion industry worldwide. The International Labor Organization estimates more than 24.9 million people are being trafficked worldwide at any given time. The largest number are victims of labor exploitation, followed by victims of sexual exploitation. The ILO reports that young girls and women represent 57.6% of forced labor victims and 99.4% of sex trafficking victims.

In 2019, the most human trafficking cases — 1,507 — were reported to the National Human Trafficking Hotline from California, followed by 1,080 reported from Texas.

The Los Angeles-based Coalition to Abolish Slavery and Trafficking says it saw a spike of 185% in urgent human trafficking cases last year during the state's shutdown, with many of the victims coming from Mexico and the Philippines. In July, the group expressed alarm, calling for more state funding, which it received through the legislature several months later.

"As a citizen and a Christian, I, like other Americans, have a responsibility to speak out against the lack of leadership at the highest level," said Pastor Phil Hotsenpiller of Influence Church in Anaheim. "We are witnessing children being abandoned, women being raped. Our border guards are facing impossible situations that need not occur." He called on Americans to "pray and protest about what is happening."

Pastor Jack Hibbs of Calvary Chapel Chino Hills, argued the border crisis isn't just a humanitarian crisis but a national security issue. "We all need to stand in support of our border agents as they risk their health and their lives to defend the nation," he said.

While many pastors might shy away from the issue of immigration because it's political, Pastor Tim Thompson of 412 Murrieta Church said a pastor's failure to address the humanitarian crisis at the border "makes him complicit in the atrocities that are taking place."

More than 2,000 faith leaders were invited to participate in the consciousness-raising gathering at the border. Many prayed and participated virtually in both English and Spanish, representing Protestant, Roman Catholic, and Jewish congregations nationwide.

Christina Selter, who organized the trip, serves on the Ocean County Sheriff's Department's Interfaith Advisory Council and is raising awareness about the issue of human trafficking. She coordinated the details of the trip with San Diego County District Attorney Summer Stephan's office, which has been aggressively pursuing human trafficking-related crimes.

The Southern California Faith Coalition Against Human Trafficking, which was not in attendance on Saturday, has been training faith leaders to bring awareness to their congregations and to get involved in the community to combat human trafficking.

"According to many anti-human trafficking task forces, law enforcement is 3 percent of the solution, non-profits are 7 percent and the community is 90 percent," the group says. "The faith community is the most powerful aspect of the 90 percent."