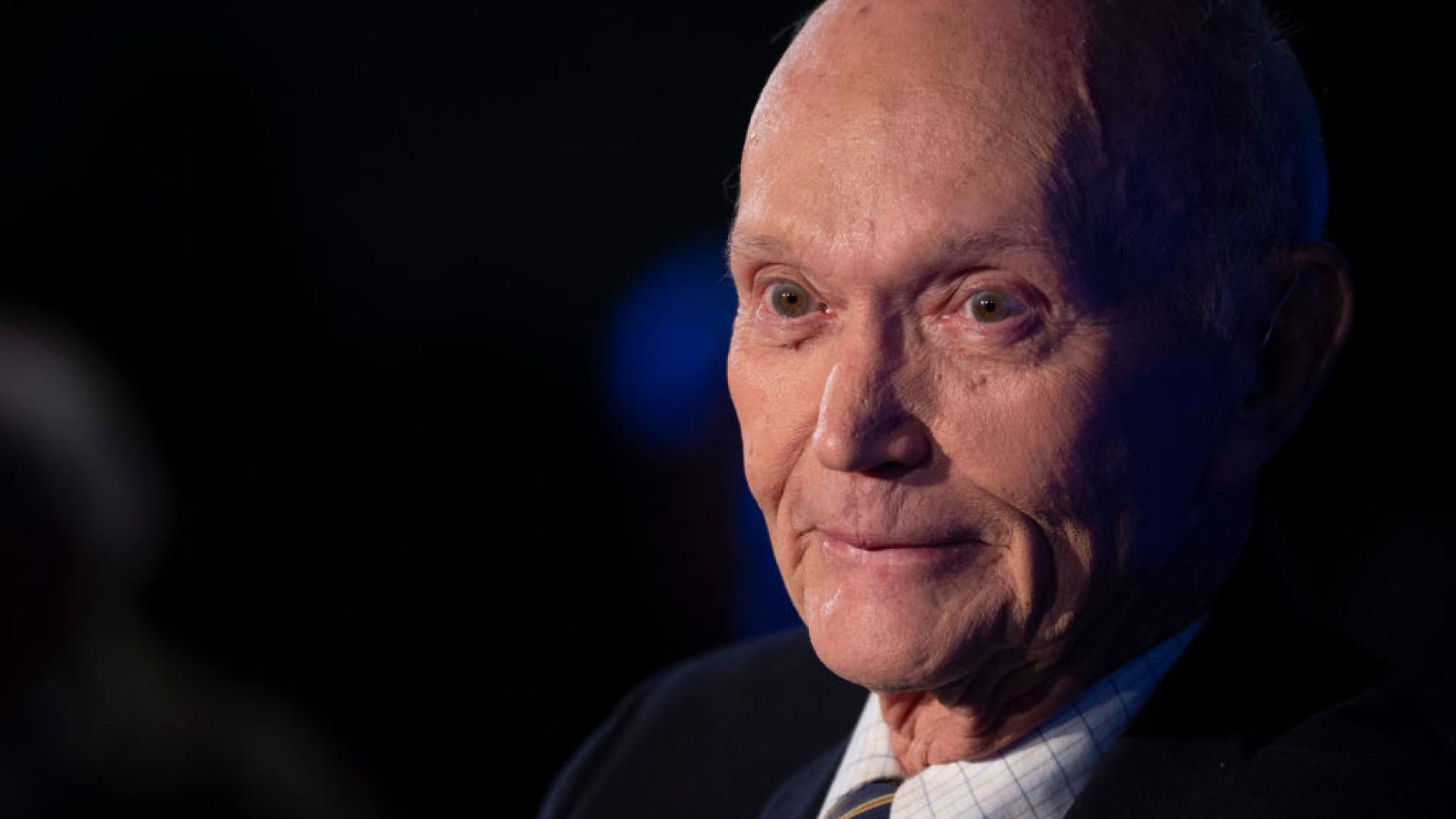 "We regret to share that our beloved father and grandfather passed away today, after a valiant battle with cancer," Collins' family said in a statement on Twitter.

Collins was a part of the Apollo 11 mission where fellow U.S. astronauts Neil Armstrong and Buzz Aldrin landed on the moon. Collins remained in and piloted the command and service module, which orbited the moon while Armstong and Aldrin walked on its surface.

"He spent his final days peacefully, with his family by his side," the statement said. "Mike always faced the challenges of life with grace and humility, and faced this, his final challenge, in the same way."

Collins became an Air Force pilot before joining NASA's Gemini space program. Collins became the third American to perform a spacewalk three years before the Apollo 11 mission in 1966. According to NASA, Collins spent 266 hours in space.