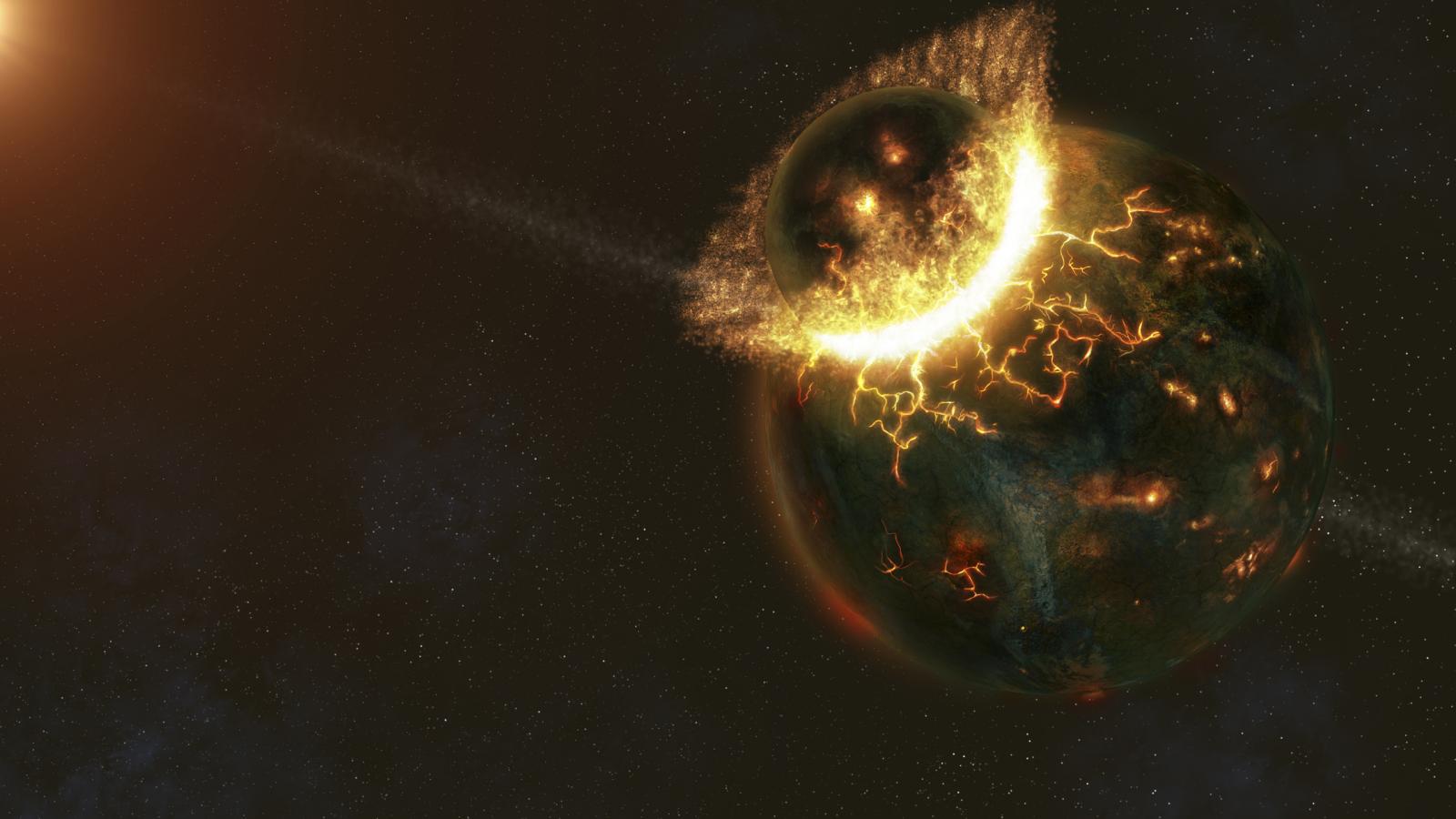 Artist interpretation of Theia's impact on the Earth.
(Stocktrek Images/Getty)
By Daniel Payne

Scientists seeking to explain a series of seemingly inexplicable formations deep within the Earth’s surface may have found an explanation: They came from outer space.

Researchers with Arizona State University’s School of Earth and Space Exploration said in a recently published paper that the “continent-sized Large Low Shear Velocity provinces” identified in Earth’s mantle—essentially giant formations of rock the origins of which scientists have struggled for decades to explain—may have been formed by Theia, the proto-planet thought to have slammed into the ancient Earth billions of years ago.

The collision between Earth and Theia is hypothesized to have ejected a significant portion of Earth into outer space; those fragments would have eventually coalesced under Earth’s gravity to form the Moon.

In the paper, the Arizona State researchers argue that “the left-over Theia mantle materials may [have sunk] to the bottom of Earth’s mantle and cause[d] the LLSVPs.”

Theia’s geological mantle, they argue, may have been “several percent intrinsically denser than Earth’s mantle,” leading it to sink down through the Earth and form the mysterious provinces.

The Theia impact theory is widely regarded as the prevailing explanation for the Moon’s origin.