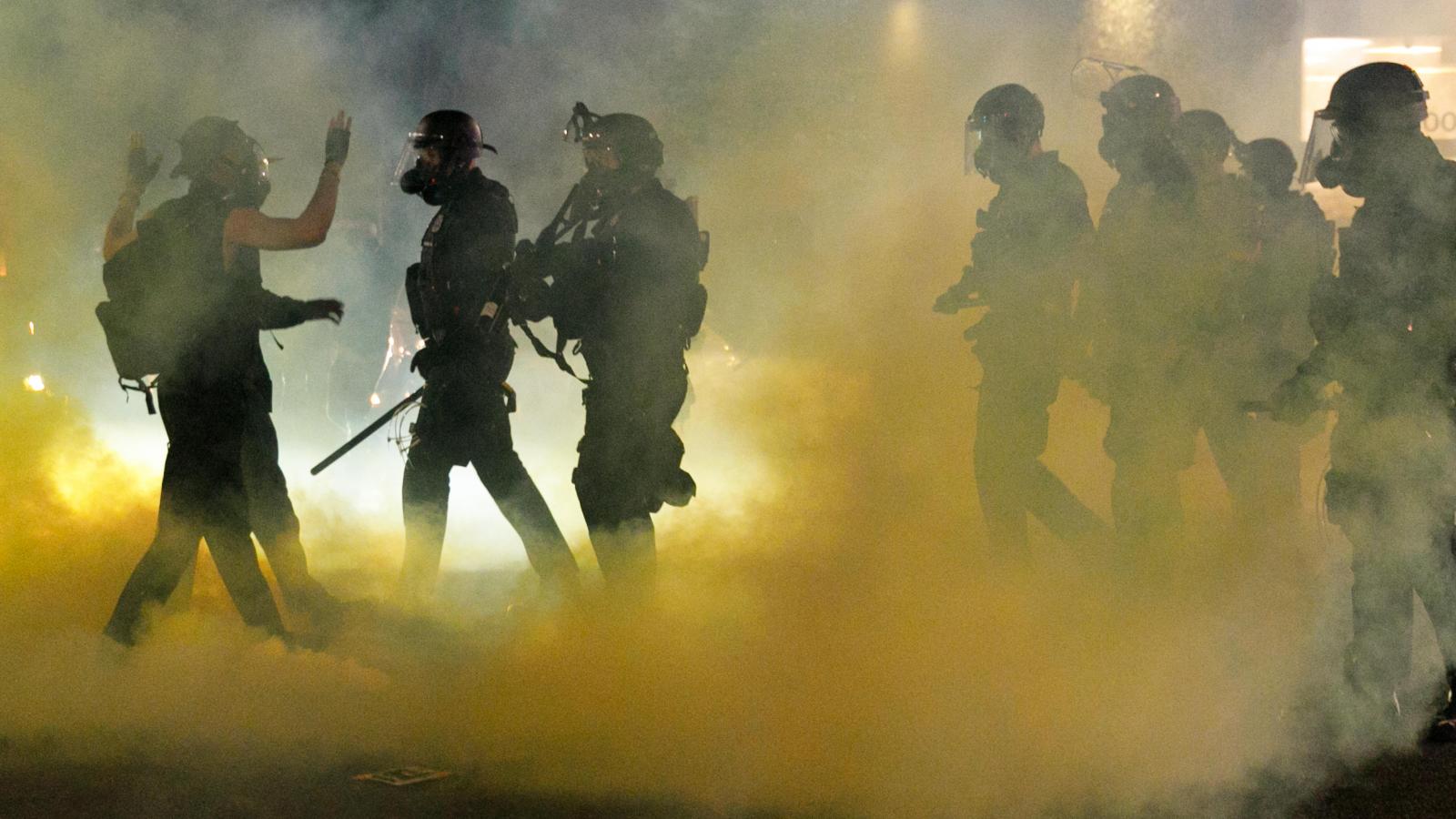 Rioters and police stand off earlier this month in Portland, Ore.
John Rudoff/Anadolu Agency via Getty Images
By The Center Square Staff

An Alabama state representative has filed a bill that would establish crimes and penalties for people committing assaults against first responders.

Rep. Allen Treadaway, R-Morris, has filed House Bill 2, which is scheduled for its first reading Jan. 11 and is awaiting action by the House Judicial Committee when the new legislative session begins.

Treadaway, who retired as assistant police chief from the Birmingham Police Department, is a member of the Military and Veterans Affairs and Jefferson County Legislation committees and serves as chair of the Public Safety and Homeland Security Committee.

The bill creates the Anti-Aggravated Riot Act and establishes assault crimes against first responders in the first and second degrees, including crimes for inciting a riot and rioting, and penalties for those crimes.

“I hope that they look at the bill and see that my bill doesn’t have monuments in it, it doesn’t have anything in it about infringing on First Amendment rights, it’s just about the safety of everybody involved, and that includes protesters,” Treadaway told the Alabama Daily News.

Under existing law, a second-degree assault is committed when a person intends to prevent a peace officer, detention or correctional officer, emergency medical personnel or firefighters from performing their lawful duty by intending to cause physical harm and injury to any person.

The bill would establish first- and second-degree assault crimes for offenses against first responders, while amending crimes for rioting and inciting a riot, and establishing crimes of aggravated riot and unlawful traffic interference with penalties that include mandatory incarceration not subject to parole, probation or early release.

Alabama law provides that a person who is arrested for domestic violence or elder abuse is to remain in custody for 48 hours before being sent in front of a judge for a bail hearing. HB 2 would call for a person who commits an act of assault on a first responder, causing a riot, rioting or hindering traffic to be held for 24 hours before having a bail hearing.

The bill also calls for any municipality who dissolves its police force to not be permitted to receive any allocation of state revenue that is directly shared with local governments until local police are restored and funded at the local level.

HB 2 would define a crime of assault as causing physical injury by using a deadly weapon, or a dangerous instrument, or trying to suffocate a first responder. The act of causing a physical injury during a riot, or unlawful gathering, or subjecting a first responder to bodily fluids, unless under necessary medical care, would be considered crimes under the bill.

Those crimes would be considered a Class B Felony punishable by serving six months in prison without consideration of parole, probation or early release. Penalties under the bill call for fines and restitution for medical treatment, damage to property and other losses suffered by the victim.

The bill would extend protections to utility workers, health care workers at hospitals and long-term care facilities, and educators at public institutions.

Defined as a Class C Felony, a person charged with rioting would serve 30 days without parole, probation or early release, and would have to pay fines and restitution for medical bills, property damage and losses suffered by the victims.

Aggravated Riot, under the bill, would be a Class C Felony, and a perpetrator would serve 90 days without probation, parole, or early release, and would be responsible for medical treatment, property damage costs, and all losses suffered by the victim.

Alabama’s legislature will return for the 2022 session at noon Jan. 11.