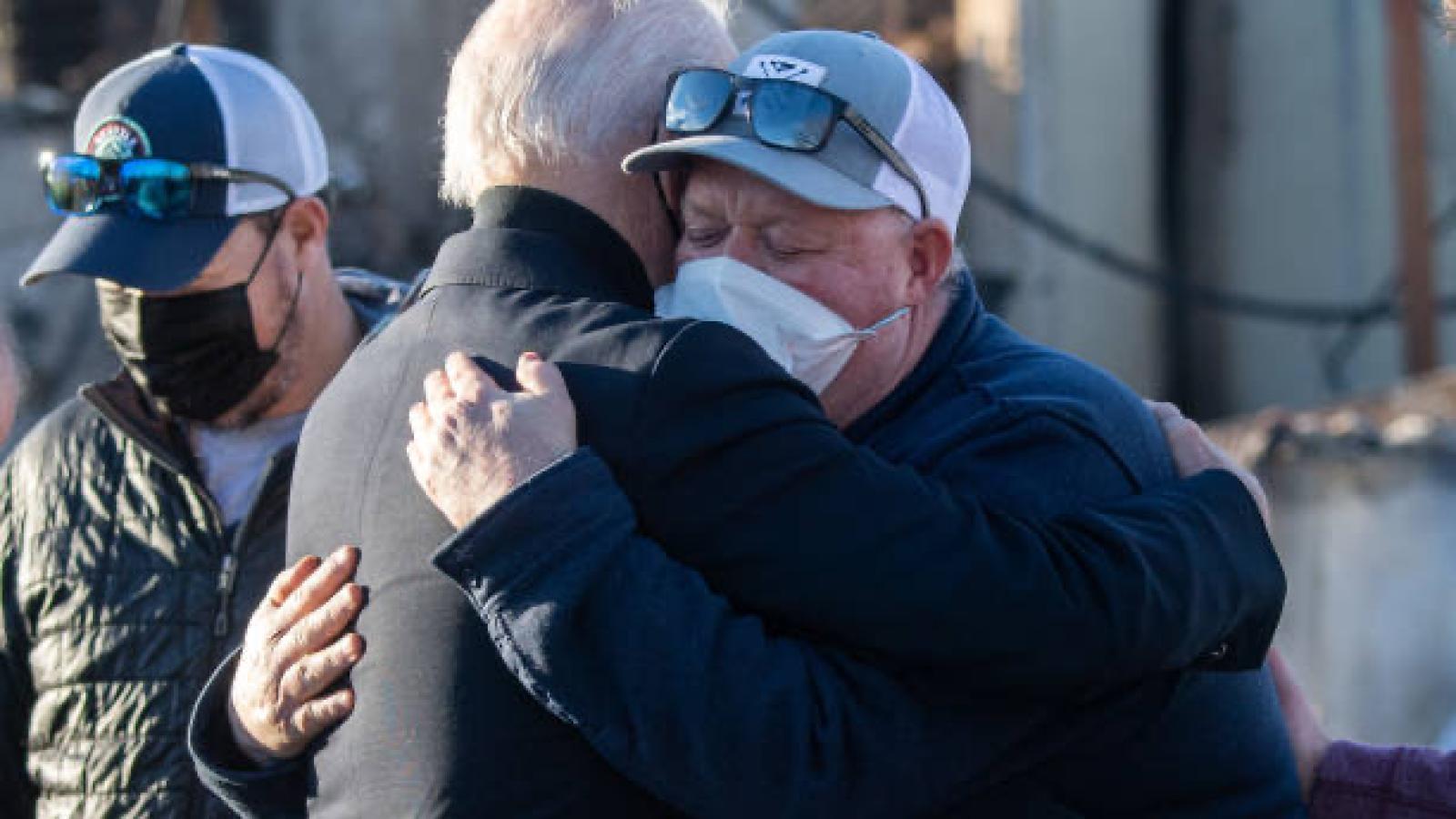 President Joe Biden and members of Colorado’s congressional delegation on Friday toured the burn scar of the devastating Marshall fire in Boulder County.

Biden was accompanied by First Lady Jill Biden as well as U.S. Sens. Michael Bennet, D-Colo., and John Hickenlooper, D-Colo., and Rep. Joe Neguse, D-Colo. The group met with families that were impacted by the fire and some of the first responders from Boulder and Louisville.

“It’s amazing what people do during a crisis,” Biden said during an address, referencing the efforts of residents and first responders who helped others even as some of their own homes burned.

The Marshall fire started on Dec. 30 and quickly spread as a windstorm moved through the area with gusts reaching as high as 100 miles per hour.

Gov. Jared Polis declared a state of emergency after the fire began, which allowed the state to access federal disaster relief funds from the Federal Emergency Management Agency (FEMA).

According to the Boulder Office of Disaster Management, more than 1,000 homes were destroyed in the blaze. The total damage of residential homes is estimated at more than $513 million, making it the most destructive fire in state history.

FEMA is distributing more than $269,000 in cash to people whose homes were destroyed in the blaze, according to the agency’s website.

Democratic leaders in Colorado’s General Assembly thanked President Biden for touring the burn scar and showing support for the victims of the fire.

“This fire took so much from so many, and as we begin the long process of rebuilding we are deeply grateful to everyone who has stepped up to help as we recover,” Senate President Leroy Garcia, D-Pueblo, said in a statement. “As the President and First Lady saw firsthand today, Coloradans are tough, and I know we will bounce back from this tragedy stronger and more resilient than before.”

House Majority Leader Steve Fenberg, D-Boulder, said the city will need to “lean on its federal partners” during the recovery period, which could take months or even years, he added.